by
V. Ramanan
My articles My siteMy booksAbout me
Follow on:TwitterFacebook
Summary:
UNCTAD has released its Trade And Development Report 2019. Always, one of the most important voices promoting a concerted action.Most interesting excerpt, fromChapter III, A Road Map For Global Growth And Sustainable Development,Section C, Main considerations in the design of a strategic framework,Item 7, International coordination for growth, industrialization and crisis response(pages 54-56 in print/81-83 in the pdf):Reflationary strategies cannot work as intended without explicit international coordination. Whereas uncoordinated policies ignore global aggregation effects and run into multiple constraints (such as unsustainable external deficits and pressing trade-offs between emission reduction and development priorities) coordination can expand policy space and align the incentives

Lars Syll writes We need a ‘Fridays for Keynesianism’ movement!

Eric Kramer writes How to roast the planet with good intentions: The Climate Equity Act

Editor writes Wealth has always been about power

Thomas Palley — Bernie Sanders: Nothing To Fear Except Fear Itself

Marc Lavoie On A Podcast Episode ❗

UNCTAD has released its Trade And Development Report 2019. Always, one of the most important voices promoting a concerted action.

Most interesting excerpt, from

Section C, Main considerations in the design of a strategic framework,

By contrast, straightforward export-led growth promises lower-hanging fruits. Cutting unit labour costs is the main instrument, which all countries today are encouraged to use. This may pay off in the medium term, but at the cost of longer-term problems. Cutting unit labour costs means undermining real wage growth and, eventually, aggregate demand. Even if a country initially succeeds in expanding exports and export-oriented employment, wage stagnation means that domestic demand will lag behind, making growth dependent on continuous expansion of foreign markets. Furthermore, this strategy provokes competitive responses from other countries in a global race to the bottom. As labour costs are cut globally, finding expanding markets to sustain growth becomes increasingly hard. Countries may or may not succeed in increasing export shares, but they surely incur steep costs in the form of redistribution from wages to profits, slower growth, higher instability and diminished prospects for industrialization.

Medium-term gains are not an automatic prospect either, as competitive export-led growth is not a fair game in the neo-liberal era. Short-term gains from exploiting static comparative advantages are within reach only for countries whose productive systems do not need the inputs that the current international legal framework for trade and investment restricts, such as technology transfer and public investment in infrastructure. In addition, volatile cross-border capital movements can lead to undesired exchange rate movements that work against medium-term goals of export promotion. In the current framework of international rules, it is rare for deficit countries to switch to surpluses without going through recession. As a result, current account imbalances tend to last and accumulate into unsustainable external debts, posing a recurring global challenge. This makes international policy coordination inevitable, but in the perverse form of bailout programmes with strict policy conditions. In such a context, it makes sense for all countries, but especially for developing countries, to invest politically in establishing forms of coordination that preserve their policy sovereignty while supporting global aggregate demand and financial stability (Helleiner, 2014, 2019).

Therefore, international coordination has at least three constructive functions. First, it helps to counteract the pressure that international capital mobility puts on domestic policies. Agreed standards for capital controls, if widely adopted, are instrumental in reducing capital flight in the face of economic and financial tensions, as well as the related pressures on exchange rates. Coordination mechanisms can also provide buffers to withstand pressure on exchange rates when the latter does occur. Second, and more fundamentally, international coordination can shield against protracted current account imbalances while preserving global demand, such as through mechanisms requiring that all countries expand domestic spending, while surplus countries increase their spending faster (Keynes, 1929; UNCTAD, 2014). In clearing unions, mechanisms to “recycle” external surpluses can be implemented through rules that stabilize thresholds, notional currencies to measure the imbalances, and lending mechanisms to clear them. Clearing unions are particularly useful for developing countries, as they offer an effective solution to the problem of financing likely external deficits. Third, as noted in chapter V, coordination on tax policies can be hugely effective in increasing fiscal revenues for all countries.

National growth strategies have a greater chance of success if they are globally consistent. Crisis response is also more effective and efficient when it is coordinated. On the one hand, crises (economic, financial, environmental) often hit different countries at different times, making it more efficient, overall, for the countries that have been spared to take on some of the burden of crisis response. For example, foreign exchange reserves are a “leakage” from global demand but they are also a critical buffer during a currency or balance-of-payments crisis. If a credible commitment to mutual foreign exchange assistance can be made, for example through formal currency swap agreements or through institutions that pool and lend reserves, currency crises can be contained with less accumulation of reserves and a smaller burden for developing countries (chapter V) and for the global economy. This was the idea that inspired the Bretton Woods system. Likewise, developed countries can support the expansion of policy space in developing countries to support their ability to invest in climate stabilization.

As a supporting mechanism for a long-term growth strategy and as a crisis-response instrument, international coordination is more efficient the larger the number of countries that participate. But in some cases, smaller coordination arrangements are also beneficial – as shown, for example, by the many regional funds, regional payment systems and exchange-rate agreements established to contain the risks of exchange-rate fluctuations (chapter IV). 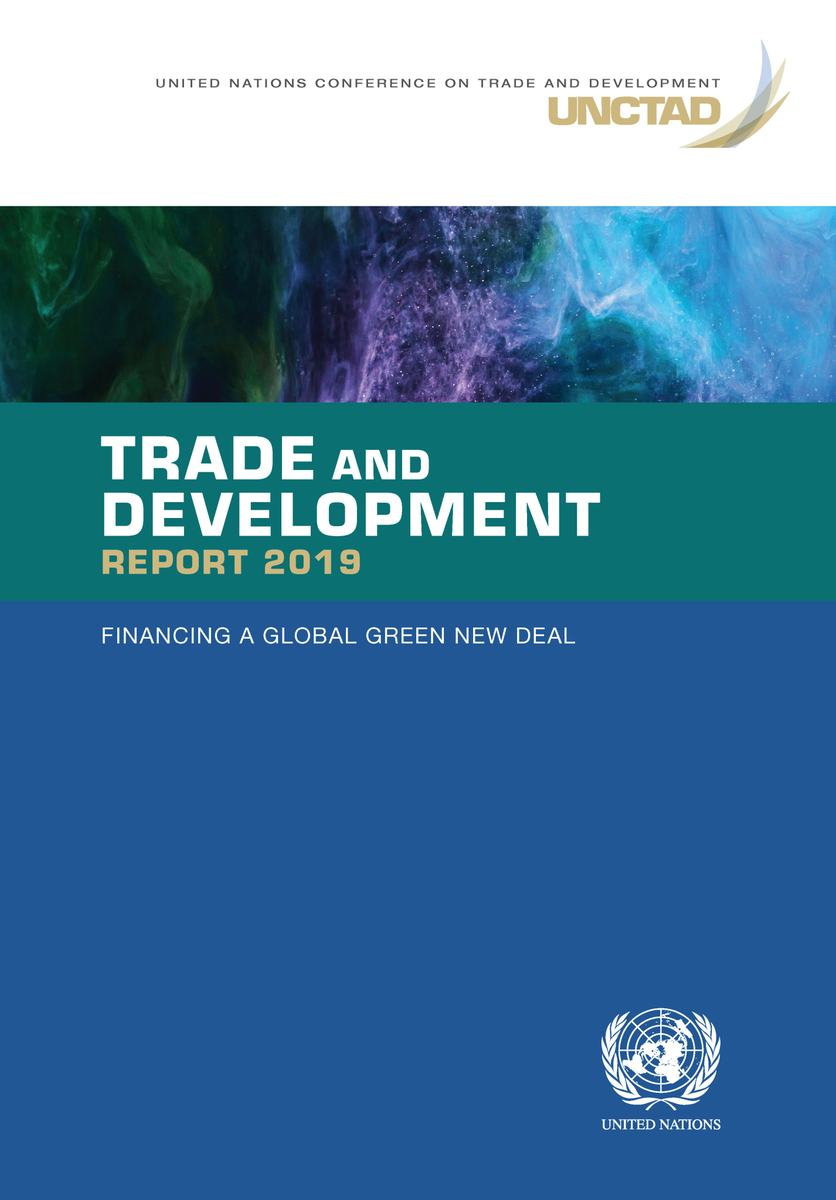 My articlesMy siteMy booksAbout me
Follow on:TwitterFacebook
Previous Thomas Piketty On Globalisation And Borders
Next Marc Lavoie — Advances In The Post-Keynesian Analysis Of Money And Finance

Philip Oltermann – ‘The men who plundered Europe’: bankers on trial for defrauding €447m