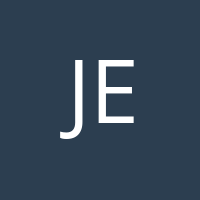 From the frontiers of viral immunology

Ever since the COVID mRNA vaccines (Moderna and Pfizer) proved themselves, I became convinced they are the future of viral vaccines. Looks like a polyvalent flu vaccine is in the works that may obviate annual strain-specific vaccines.“In this work, we developed a nucleoside-modified messenger RNA (mRNA)–lipid nanoparticle vaccine encoding hemagglutinin antigens from all 20 known influenza A virus subtypes and influenza B virus lineages. This multivalent vaccine elicited high levels of cross-reactive and subtype-specific antibodies in mice and ferrets that reacted to all 20 encoded antigens. Vaccination protected mice and ferrets challenged with matched and mismatched viral strains, and this protection was at least partially dependent on antibodies.

END_OF_DOCUMENT_TOKEN_TO_BE_REPLACED

It’s tempting to let your guard down, now that vaccination has reduced the prevalence of COVID, but don’t. Just don’t. Getting it once is a bad idea, even if it doesn’t kill you. And getting it again is worse.“During the past few months, there’s been an air of invincibility among people who have had COVID-19 or their vaccinations and boosters, and especially among people who have had an infection and also received vaccines; some people started referring to these individuals as having a sort of superimmunity to the virus,” said senior author Ziyad Al-Aly, MD, a clinical epidemiologist at the School of Medicine. “Without ambiguity, our research showed that getting an infection a second, third or fourth time contributes to additional health risks in the

END_OF_DOCUMENT_TOKEN_TO_BE_REPLACED

Just finished “Africa, A Biography of a Continent”” by John Reader. I don’t recall how this book came into my possession. It may have been on my mom’s bookshelf when we stopped by after they moved to take whatever we wanted. Whatever its provenance, I had only read a little African history: “King Leopold’s Ghost” and a book on the Boer War are the only ones I can recall. I also read Conrad’s “Heart of Darkness,” which is a thinly veiled account of Conrad’s own journey up the Congo River in the Belgian Congo Free state. I figured it was time for a deep dive into African history.This is truly a biography of a continent. It starts with geological history and the origin of the African continent as it split from Pangea. Reader explains the geological

END_OF_DOCUMENT_TOKEN_TO_BE_REPLACED

Review of “The Future is History”

I’ve long held that one of the greatest blows to American democracy was the disappearance of the Soviet Union. With the advent of the Cold War, as the USSR went from ally to adversary, the US was shamed into embrace civil rights and to improve public education. I personally benefitted from the updated public school STEM curricula driven by the space race. With the fall of the Soviet Union, the US has been in retreat in these areas and increasing embraced crony capitalism.In my personal quest to understand the Cold War, I’ve read books on Russian history, the Russian revolution, and biographies of Stalin, Lenin, Trotsky and Rasputin. I’ve been to Moscow twice and the former GDR three times, and I’ve discussed this history with Russian, Polish and East

END_OF_DOCUMENT_TOKEN_TO_BE_REPLACED

Review of “Demagogue”“Demagogue: The life and long shadow of Senator Joe McCarthy” by Larry Tye is a particularly timely read as the nation continues in the grip of another political bully, Donald Trump. The parallels in their methods are striking and the degree to which McCarthy held the nation in thrall during the 1950s mirrors the fealty of the Trumpenproletariat today. We know how the McCarthy story ended, and it offers hope that the nation will eventually turn its back on Trump and move on. Whether it learns the lesson is unclear, since in many ways Trumpism is a reincarnation of McCarthyism.McCarthy was raised a Midwestern farm boy and got his start in business raising chickens. He had to drop out of high school, and when he returned much older

END_OF_DOCUMENT_TOKEN_TO_BE_REPLACED

Growing up in Oak Ridge TN in the ‘60s, terms like “homogeneous reactor,” “molten salt reactor” and “breeder reactor” were frequently used, although I couldn’t have explained them at the time. Research into nuclear power became the mission of Oak Ridge National Labs after the war under the direction of Alvin Weinberg.

A few years ago, I came across a guy on FB named Charles Barton Jr, an addiction counselor by training and a stalwart advocate for thorium molten salt reactors. His dad had done some pioneering work in the ‘50s on the technology. We became Facebook friends and I learned a little about molten salt reactors. Then, I happened to mention that we had rooftop solar and he started attacking me. Turns out, he wasn’t a reactor geek, he was a

END_OF_DOCUMENT_TOKEN_TO_BE_REPLACED

The air we breathe

Most of the earth’s oxygen doesn’t come from forests or jungles but from ocean plankton. A recent survey found an alarming drop in Atlantic plankton levels likely due to increased atmospheric carbon dioxide and resulting ocean acidification.“Plankton is a blanket term for the billions of tiny sea organisms living close to the surface of the oceans, which are eaten by krill, small crustaceans, which are in turn eaten by fish and whales. No plankton, little or no marine life.“And while trees hog all the credit, plankton generate 70% of our oxygen.“Howarth reports that the GOES team just sampled the ocean water surface along the French and Portuguese coasts before heading across the Atlantic to Colombia. They and volunteers gathered 500 data points.“They

END_OF_DOCUMENT_TOKEN_TO_BE_REPLACED

I’m not a big consumer of liturgical music. I still listen to Handel’s Messiah on Christmas. So it surprised me when I found myself enjoying a boxed set of LPs of Bach’s St. Matthew Passion recorded about 50 years ago. It’s in German, of course, so I’m not following the libretto, just the voices and instruments.There’s a theme that will be familiar to those, like me, who have attended a church that features Christian hymns. The title varies, but is sometimes rendered as “O Sacred head, sore wounded.” The German text is by Paul Gerhardt, based on a poem attributed to either Arnulf of Leuven or Bernard of Clairvaux, one a medieval sacred poet and the other a Cistercian abbot. Surprisingly, the melody comes from a secular song by Hans Leo Hassler,

END_OF_DOCUMENT_TOKEN_TO_BE_REPLACED

I grew up in Oak Ridge TN, where the uranium was enriched for the Hiroshima bomb. There’s a recent piece on the NYT on Oak Ridge and desegregation. One of the local players at the time was Waldo Cohn, a chemist and symphony conductor, who was on the school board at the time. Here’s his account:MR. COHN: So, this Advisory Town Council met every week, every second week with him. There were seven people. I was interested in not only community affairs, but I was also interested in politics, and I was not on the original one at all. Before one of the elections would come up, which was every two years, some of the people who were interested in who would run for it, asked me to run. I believe the person who asked me to run for it was Evelyn Snell, wife of

END_OF_DOCUMENT_TOKEN_TO_BE_REPLACED

Ammosexual amateurs think a gun gives them superpowers. In reality, trained law enforcement only hit their target ca. 30% of the time on average at close range in an active shooter event. And that’s with training and regular practice. Unless you’re training regularly, you’re not going to protect yourself with a gun, and you’re likely to kill a bystander and/or just make yourself a target.Don’t believe me? Watch this:https://www.youtube.com/watch?v=8QjZY3WiO9s

END_OF_DOCUMENT_TOKEN_TO_BE_REPLACED

Review of “The Prophet” by Isaac Deutcher

“Until we are done with the ironies of history (because they will never be done with us), the image of Trotsky will not dissipate.”~Christopher HitchensI’ve had a lifelong fascination with socialism, communism and the Cold War. This probably springs from having grown up during the Cold War at nuclear ground zero for World War III. Also contributing was that I came of age near the end of the Vietnam War, a proxy war between the US and the USSR into which I very nearly was drafted. My quest to understand this 20th century bipolar world into which I was born has most recently brought me to Isaac Deutcher’s monumental biography of Leon Trotsky, “The Prophet.” In fact, The Prophet is really three volumes published separately: “The Prophet Armed” (1952, 540

END_OF_DOCUMENT_TOKEN_TO_BE_REPLACED

I started teaching medical students in 1988 and have been an instructor and course director for one or more first-year med school courses continuously since 1990. When I started, there were two full years of pre-clinical course-work. Now we’re down to a year and two-thirds and there are plans to shrink further. Some medical schools in the US already only have a single pre-clinical year.

Personally, I thought the pre-clinical lectures and exams were excessive in the beginning, particularly in courses like Medical Biochemistry (my course) and Human Anatomy, but probably also in most courses. Some of those lecture hours could have been replaced by flipped classroom problem-solving and other forms of problem-based learning. I ran PBL in my course for

END_OF_DOCUMENT_TOKEN_TO_BE_REPLACED

Review of “Lenin: A Biography”

I just finished Robert Service’s biography of Lenin. The “Marxism” of Lenin was not Marxist at all. Classical Marxism holds that capitalism must achieve a high level of industrialization before the workers can overturn the landlords and factory owners and collectivize the fruits of labor for the benefit of workers. Like Mao, Lenin retrofitted socialist revolution to the circumstances. Since Russia at the end of the Romanov dynasty was still a semi-feudal rural society, Lenin decided to dispense with Marx’s preconditions and asserted that Russia was ripe for socialist revolution. While he was certainly right that the people were ready to overthrow the Czar, Lenin had to destroy any attempts at a democratic successor government to ruthlessly impose

END_OF_DOCUMENT_TOKEN_TO_BE_REPLACED

Can Bill Gates bring nuclear power back to the US?

Usually, discussions of decarbonizing energy production involve solar, wind, tidal and geothermal. But nuclear power generation doesn’t generate greenhouse gas (though the large amount of concrete in conventional nuclear power plants does). Nuclear power generation has a bad name after Three Mile Island, Chernobyl and Fukushima. While there is debate about whether the Three Mile Island and Fukushima accidents really endangered many lives, there’s no doubt that solid fuel light water nuclear power reactors have an image problem. Bill Gates is hoping to overcome that image problem by co-funding a nuclear power reactor. Gates’ company, TerraPower, has announced the siting of a 345 MW demonstration plant in Kemmerer WY, an old coal town. This plant is a