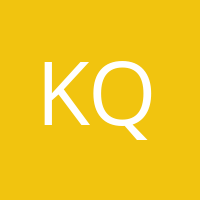 Jason Furman and Janet Yellen have both suggested that cutting Trump’s tariffs would  be anti-inflationary. But most economists agree that the incidence of the tariffs is  for the most part on US consumers, not foreign suppliers (pace the treasonous and ignorant former president, who crowed about all the revenues we were raising from China). So how is a tax cut anti-inflationary?  There is a supply-side effect, which is all to the good, but the demand-side effects may well wash that out. So get rid of the tariffs but reverse the Trump tax cuts, which Manchin favors, through reconciliation. Taxes remain the same, so we’ve neutralized the effects on demand;  and we still get the good supply side effects of a more rational global division of labor.

END_OF_DOCUMENT_TOKEN_TO_BE_REPLACED

I don’t know if you saw the series on Haiti in last week’s Times–pretty good– "pretty, pretty good "as Larry David might say.One section concerns the reaction of the French to Aristide’s call for reparations. Who do you think led the so-called Commission that France formed to "consider" the question, and by consider I mean "absolutely refuse to consider," and then went to Haiti to not-so-subtly threaten Aristide with the fate of Allende if he didn’t drop it? None other than Regis Debray— the erstwhile champion  of Third World liberation struggles, Castro’s biggest fan. And the epilogue: while he Aristide wasn’t murdered, he was indeed removed from power by the US with French connivance.

END_OF_DOCUMENT_TOKEN_TO_BE_REPLACED

Tyler Cowen links to a an NBER working paper with an excerpt from the paper: “Under only the efficiency channel, the optimal minimum wage is narrowly around $8, robust to social welfare weights, and generates small welfare gains that recover only 2 percent of the efficiency losses from monopsony power.” A measly $8 ?  So much for the "efficiency" channel. What are the other channels? Here is the abstract:It has long been argued that a minimum wage could alleviate efficiency losses from monopsony power. In a general equilibrium framework that quantitatively replicates results from recent empirical studies, we find higher minimum wages can improve welfare, but most welfare gains stem from redistribution rather than efficiency. Our model features oligopsonistic labor markets with

END_OF_DOCUMENT_TOKEN_TO_BE_REPLACED

The Department of Comparative Advantage

END_OF_DOCUMENT_TOKEN_TO_BE_REPLACED

I am commenting on:https://www.insidehighered.com/news/2021/12/16/controversial-artwork-twice-stolen-catholic-university?utm_source=Inside+Higher+Ed&utm_campaign=3df3839bde-DNU_2021_COPY_02&utm_medium=email&utm_term=0_1fcbc04421-3df3839bde-197481033&mc_cid=3df3839bde&mc_eid=502bbb1a16A painting at Catholic University depicting Mary holding Jesus, with the latter’s face resembling that of George Floyd, has been stolen.  It aroused all kinds of controversy.  When I was growing up, my father was teaching and pursuing his doctorate in physics at CUA. Many are the Saturdays I spent running around the sub-basement of the physics building while he was working.My parents were Catholics and raised us as Catholics, too. But they, and we children as a consequence, were inspired by the activist

END_OF_DOCUMENT_TOKEN_TO_BE_REPLACED

These are some no-doubt under-informed thoughts on monopsony  and labor markets that I’ve had preparatory to teaching the principles course.  In Peter Diamond’s first search article, I believe, he briefly discusses a model of  search-friction-induced monopoly that is simple but provocative.  The idea is (I am embellishing here, so this is loose) take a large number of sellers and we’ll say an equal number of buyers. Give each buyer a downward-sloping demand and let marginal cost  be constant and identical for each seller.  In a competitive equilibrium, the good sells for marginal cost and each seller serves one buyer. Now add search costs for the buyers–it doesn’t matter how big or small.  If we start from the competitive price, each seller now faces a demand which is downward-sloping

END_OF_DOCUMENT_TOKEN_TO_BE_REPLACED

All a simple misunderstanding

“It was zero threat. Right from the start, it was zero threat,” Trump told Fox News host Laura Ingraham. “Look, they went in — they shouldn’t have done it — some of them went in, and they’re hugging and kissing the police and the guards, you know? They had great relationships. A lot of the people were waved in, and then they walked in, and they walked out.”Yeah, they were yelling "Hug Mike Pence!" not "Hang Mike Pence!"The deaths of  Capitol police officers? — they were evidently smothered with kisses.

END_OF_DOCUMENT_TOKEN_TO_BE_REPLACED

I share some of Summers’ concerns about the magnitude of Biden’s proposed stimulus.  The comparison to the January 2009 situation is marred by the fact that we are not now in a Demand-deficient Keynesian-style recession as we were then. What’s holding back output now is clearly pandemic-induced supply constraints. On the other hand, if the Ricardian Equivalence theorem holds, perhaps some non-negligible portion of the transfer component of the stimulus will be saved. (Even borrowing-constrained individuals will save some of a big-enough transfer.)

END_OF_DOCUMENT_TOKEN_TO_BE_REPLACED

Don’t get too close!

Politico on Fauci:One day into the Biden presidency, the longtime infectious disease expert described it as “a refreshing experience.”Shouldn’t we have a disease expert who is not infectious?! Just sayin’.At any rate, I realized yesterday that I have been in a foul mood for 4 years.  No longer!  We have finally rid ourselves of a Horse’s Ass and replaced him with an actual President.

END_OF_DOCUMENT_TOKEN_TO_BE_REPLACED

Tell them to find 16 colleagues, enough to constitute a credible threat of conviction if he is impeached, and make him resign.

END_OF_DOCUMENT_TOKEN_TO_BE_REPLACED

My favorite ; A hand-made sign a few blocks away from my house:ONE DAY, LIKE A MIRACLE, HE’LL BE GONEAmen to that!

END_OF_DOCUMENT_TOKEN_TO_BE_REPLACED

Laughing to keep from Freaking Out

On the theory that one effective weapon against an Insane Clown Would-be Dictator is ridicule, here is something I wrote a while ago.The Second Coming “This is the greatest president for Jews and for Israel in the history of the world. Not just in America,
Trump is the best president for Israel in the history of the world. And the Jewish people love him like he
is the King of Israel. They love him like he is the second coming of God." –Wayne Allan Root “I take the gospel whenever it’s possible, but with a grain of salt.” –Sportin’ Life, in Porgy and BessOk, Scoffers, I scoffed, too. But I went back to the Scriptures –the true scriptures, not the ones the dem–marxist-atheist haters just make up—and Lo, what do I find? Jesus made his first million shekels selling water with a little

END_OF_DOCUMENT_TOKEN_TO_BE_REPLACED

The Wit and Wisdom of A. Fauci

From Woodward’s book: Fauci says Trump’s attention span is a negative number. By the way, is there any group organizing to raise money to pay the "poll-tax" that the egregious Florida Republican legislature and courts are assessing on ex-felons?

END_OF_DOCUMENT_TOKEN_TO_BE_REPLACED

The push to open the schools, open up everything, ignore CDC gudelines, etc,etc:It’s Churchill  — at Gallipoli!

END_OF_DOCUMENT_TOKEN_TO_BE_REPLACED

When my stomach can take it, which is rarely, I take a look at Marginal Revolution.  Tuning in today, I see Cowen predicting that the intellectual right  will become much more open to deviations in the future — as long as all agree in being anti-leftist. And the latter involves, of course, the condemnation ad nauseam of "Cancel Culture." Look I don’t like this retail stuff they go on about either, but isn’t it rich to hear the GMU crowd, using Koch money and the influence it buys to keep the groves of their Academy  quite free of any left-wing ideas –wholesale Cancel culture, that –making the case!

END_OF_DOCUMENT_TOKEN_TO_BE_REPLACED

The President’s keeps saying that the US has the lowest Corona-virus fatality rate in the world.  And he keeps talking about how we have a high number of cases because we test more. The game he is playing is evident, but I keep waiting for  the talking heads to point it out and being disappointed. He is referring to the US case-fatality rate, not the per-capita fatality rate. More testing lowers the case-fatality rate (deaths/case), simply by increasing the denominator. But it simultaneously raises the infection rate (cases/population) by the same proportion, leaving what we are really concerned about, the per-capita mortality rate (deaths/population =(deaths/cases) * (cases/ population)) unaffected. And on this measure, the US is the 7th highest in the world, at 39.82 deaths per 100,000.

END_OF_DOCUMENT_TOKEN_TO_BE_REPLACED

Protectionism and the election

Democrats need to campaign inter alia on a full-throated condemnation of Trump’s protectionism. Over and over again, they need to point out that Trump has raised taxes on ordinary people with his tariffs — we need to get an estimate of the net effect of the tax "cuts" less tariff-induced price increases and run with it. I have to say that years and years of  "progressives’ " apologia for protectionism — the nonsense about the jobs destroyed by NAFTA (when jobs created are ignored!) is a case in point–has contributed to the current muteness of the Democrats on these issues.Surely a full-throated anti-protectionist message could capture votes in rural America. And a non-negligible part of the pervasive corruption of this administration centers on the quid pro quos, explicit or implicit,

END_OF_DOCUMENT_TOKEN_TO_BE_REPLACED

"I was provoked into thinking about this by a dreadful book review in The Nation: David Bell on Sophia Rosenfeld’s Democracy and Truth.  I haven’t read Rosenfeld, and maybe she’s pretty good, but it’s clear Bell is confused about the very starting point for thinking about the problem.  He talks about “regimes of truth”, which he cribs from Foucault: there is no capital-T truth out there, just different views on it which possess more or less power/authority.  We happen to suffer from elites or at least some portion of them, writes Bell, who have particularly dismal standards regarding what should count as true.  The solution is to replace the bad authorities with good ones, more or less.The error, which ought to be obvious, is that capital-T truth is irrelevant.  It’s the