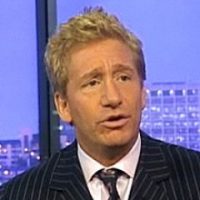 Market practitioner/analyst, Research Associate at the Levy Institute, and a tragic follower of all Toronto sports teams

Signs of recession are hitting Europe. Is the new Central Bank president up for the challenge?

By Marshall Auerback
This article was originally published on AlterNet and produced by Economy for All, a project of the Independent Media Institute.
We now know that there will be a changing of the guard at the European Central Bank (ECB) in October. The current head of the International Monetary Fund (IMF), Christine Lagarde, will succeed current ECB President Mario Draghi at that time.
A known quantity among the political and investor class of Europe, Lagarde seems like a safe choice: she is a lawyer by training, not an economist. Hence, she is unlikely to usher in any dramatic changes, in contrast to current European Central Bank president Mario Draghi, who significantly expanded the ECB’s remit in the aftermath of his pledge to do “whatever it takes” to save the single

END_OF_DOCUMENT_TOKEN_TO_BE_REPLACED

By Marshall Auerback
This post was originally published on AlterNet
The breakdown in the Sino-U.S. trade talks has led a number of commentators to suggest that America’s “unipolar moment” of post-Cold War preeminence is over, as Washington lashes out against a rising China, whose economic rise threatens America’s historic dominance. Direct military violence is highly unlikely, given the inherent fragility of high-tech civilization. We therefore may see Cold War–style conflict between the two superpowers, as relations in trade or national security matters become increasingly poisoned.
So what happens to the rest of us? Will a hitherto globalized world increasingly retreat into bifurcated competing blocs, much as occurred under the original Cold War? Or can the rest of the world

END_OF_DOCUMENT_TOKEN_TO_BE_REPLACED

Are interest rates the most effective economic policy tool?

By Marshall Auerback
This post first appeared on AlterNet
Cutting rates at this juncture simply perpetuates current bubble-like conditions and therefore will make the ultimate outcome worse when the bubble inevitably bursts.
The one silver lining in the nomination of political hack Steve Moore to the Federal Reserve is that it might spur a productive discussion on the benefits (or lack of them) of monetary policy as an instrument of economic growth. This is principally because it’s just one ingredient for what is necessary to instill economic growth, and not a particularly good one at that. A more direct approach is via appropriately targeted and sufficiently large fiscal actions.
In regard to monetary policy, low interest rates kept in place for a long time can actually

END_OF_DOCUMENT_TOKEN_TO_BE_REPLACED

Airbus and Boeing are signing economic suicide pacts with Beijing

By Marshall Auerback
This article originally appeared on AlterNet.
Airbus is considering whether or not to shift the assembly process of its latest generation of A330 planes to China as part of a bid to increase its market share in the world’s fastest-growing civil aviation market.
The European multinational is following a trend started by Boeing, which recently opened a new completion plant in China. On the face of it, the decision by the two companies (which dominate the civilian aviation market) makes sense: build where your biggest customer lives, especially as China does not yet have a fully homegrown civil aviation industry ready to compete globally. The benefits are many, including the goodwill and esteem of the country that would be buying these planes. In the long term,

END_OF_DOCUMENT_TOKEN_TO_BE_REPLACED

The European Union may not survive the euro

By Marshall Auerback
This post first appeared on Truthdig
The euro is “celebrating” its 20th anniversary this month, but they aren’t popping corks across the continent. Except, perhaps, with the notable exception of delusional Eurocrats such as Jean-Claude Juncker, president of the European Commission, who argued: “The euro has become a symbol of unity, sovereignty and stability. It has delivered prosperity and protection to our citizens…”
Some prosperity!
Much of the continent is characterized by double-digit unemployment, rising inequality, political strife, and a virtual lost generation of youth, who have never experienced anything remotely approaching a robust, ebullient economy. Greed-based integration is giving the EU a bad name.
The worst thing about the Eurozone as a

END_OF_DOCUMENT_TOKEN_TO_BE_REPLACED

By Marshall Auerback
This post first appeared on Alternet
In the aftermath of the worst financial crisis since the Great Depression, bank officials at HSBC admitted to the Department of Justice that the bank violated the Bank Secrecy Act, the International Emergency Economic Powers Act and the Trading with the Enemy Act. This amounted to one of the largest and most destructive money laundering and anti-terror finance sanctions-busting in history. Fines were leveled, but no senior bankers went to jail.
In another investigation, the DOJ implicated Deutsche Bank and UBS in a bid-rigging cartel that illegally manipulated LIBOR, the most important global benchmark interest rate. Professor Bill Black estimates that the “dollar amount of deals affected by the collusion range[s] from $300-550

END_OF_DOCUMENT_TOKEN_TO_BE_REPLACED

[unable to retrieve full-text content]China’s membership in the WTO has been a disaster for Western manufacturing, employment and wages.
This website is now reader-supported via Patreon. Full-text emails are available on that platform, including the new daily and weekly newsletter posts. Become a Patron!

END_OF_DOCUMENT_TOKEN_TO_BE_REPLACED

Your access to this service has been temporarily limited. Please try again in a few minutes. (HTTP response code 503)
Reason: Advanced blocking in effect.
Important note for site admins: If you are the administrator of this website note that your access has been limited because you broke one of the Wordfence advanced blocking rules.
The reason your access was limited is: "Advanced blocking in effect.".
If this is a false positive, meaning that your access to your own site has been limited incorrectly, then you
will need to regain access to your site, go to the Wordfence "options" page, go to the section for Rate Limiting Rules and disable the rule that caused you to be blocked. For example,
if you were blocked because it was detected that you

END_OF_DOCUMENT_TOKEN_TO_BE_REPLACED

[unable to retrieve full-text content]Could public indignation at the Facebook profile harvesting scandal lead to new regulation that could impede the value of some tech-based advertising models? Will it lead to a consumer backlash that slows the growth of the companies themselves?
The post Is It Time to Delete Facebook? appeared first on Credit Writedowns.
Feed # abf0d081857b85fe6be494728740a4f1

END_OF_DOCUMENT_TOKEN_TO_BE_REPLACED

Bitcoin’s big problem: The modern state can make anything it chooses generally acceptable as money

By Marshall Auerback
(This post was first published on Alternet)
Is the bitcoin craze another in a series of history’s most infamous bubbles, or is it a genuine harbinger of a new global financial architecture? In spite of recent market turbulence, its champions see bitcoin (and its cryptocurrency peers) as an ideal market-generated solution as questions arise about the future viability of paper currencies in a global economy characterized by sky-high indebtedness and bloated government/central bank balance sheets. The enthusiasts behind cryptocurrencies produce debt clocks that relentlessly tick over to get us to believe that a Weimar–style hyperinflation is imminent. By creating an alternative store of value outside the