Economic Growth and Climate Change: Mistaking an Output Variable for an Instrument 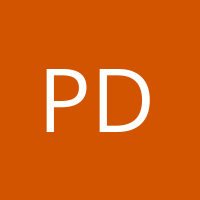 by
Peter Dorman
My articles My books
Follow on:
Summary:
When I first started arguing against the degrowthers, I thought they were a small, uninfluential fringe, important only because they had a sway over a portion of the left—what we might call the Naomi Klein left.  That was then.  Today degrowth is entering the mainstream, as can be seen by the latest David Roberts piece in Vox.  Roberts reviews a discussion between several economists on the Institute for New Economic Thinking (INET) website.  (INET is a Soros-affiliated outfit whose mission is to push economics in a more progressive direction.)  The key article is by Enno Schröder and Servaas Storm; using historical data, they test for the potential of decoupling economic growth and carbon emissions, finding the scale of decarbonization we need is incompatible with economic growth—hence

Mike Norman writes Will the SECOND WAVE of CORONAVIRUS be WORSE than the first? – VisualPolitik EN

Mike Norman writes Why Can’t We All Just Get Along? The Uncertain Biological Basis of Morality — Robert Wright

Is The Latest Apparent Economist Suicide A Sign “Economics Is A Disaster”?

When I first started arguing against the degrowthers, I thought they were a small, uninfluential fringe, important only because they had a sway over a portion of the left—what we might call the Naomi Klein left.  That was then.  Today degrowth is entering the mainstream, as can be seen by the latest David Roberts piece in Vox.  Roberts reviews a discussion between several economists on the Institute for New Economic Thinking (INET) website.  (INET is a Soros-affiliated outfit whose mission is to push economics in a more progressive direction.)  The key article is by Enno Schröder and Servaas Storm; using historical data, they test for the potential of decoupling economic growth and carbon emissions, finding the scale of decarbonization we need is incompatible with economic growth—hence the need to reject economic growth as a social objective.  A similar perspective is provided by Gregor Semieniuk, Lance Taylor, and Armon Rezai, while a rebuttal comes from Michael Grubb.  All three papers are authored or coauthored by important figures in the academic left or center-left, and their point of dispute reflects the expanding influence of the degrowth perspective.

If I had more time I’d write up a response in the form of a paper.  (Actually I am writing a response, but it will be a book.)  For now a blog post will have to do.  Here’s what I think these estimable economists are missing:

1. Economic growth is not, not, not a policy variable.  There is no magic button available to society that delivers a given rate of economic growth, or degrowth for that matter.  It’s an outcome of a host of factors, some of which are controllable, others not.  Indeed, as we wait for quarterly GDP numbers to be revised several quarters later, we still don’t know what economic growth or contraction we’ve experienced.  It is true that politicians often speak of the need to adopt some policy or other for sake of economic growth, but at best they are proposing to push on one of the many factors that influences it.  There is no growth dial, and even if there were, twisting it a few notches would have almost no impact on carbon emissions, which need to fall by nearly 100% within two generations.

2. It is certainly true that serious action against climate change will require giving decarbonization needs the highest priority.  In that sense, economic growth as an objective will have to recede.  This doesn’t mean growth is “bad” in any general sense, just that it now needs to rank lower among the many things we want for ourselves.  Given any level of decarbonization (and setting aside all the other competing needs, of which there are many), if we can achieve this with more growth, or less degrowth, so much the better.  The one point of agreement I have with the degrowth view is that the argument sometimes put forward that we can’t afford to take stringent measures against carbon because it will derail economic growth has to be rejected.

3. Grubb is right in his critique of Schröder/Storm insofar as there has yet been no determined action to forestall catastrophic climate change.  Extrapolating from the weak, hesitant policies of the past tells us little about what is likely to happen when policy gets serious.  We will be entering unexplored ground.

4. Standard economic models embody this extrapolation approach by applying consumption functions derived from past experience to the various goods and services that have carbon inputs.  A carbon price or some regulatory constraint is introduced, and the model is run to see how desired consumption changes.  (These models typically assume constant levels of employment and capital utilization.)  Given this structure, there is little they can tell us about the consequences of rapid, massive price changes that make the prior structure of demand unaffordable.  A carbon price of hundreds of dollars per metric ton, which is where we will need to get to within a few years of instituting a policy, is essentially a demand-forcing mechanism in the same sense that some past regulations have been technology-forcing.  It imposes a reduction in demand beyond the range of substitution people have historically faced.  It’s brutal, but that’s what it will take to live within a carbon budget compatible with 2ºC of global warming, much less 1.5º.

5. The only conceivable way to sell such a policy, and to sustain living standards in the face of such a shock, is to return most or all of the carbon revenues to the public in a progressive fashion, since ability to cope with the shock is roughly proportional to one’s income.  A per capita rebate does this efficiently, fairly and transparently.

6. The main threat to the level of economic activity is the massive capital writeoff that such a carbon policy shock would entail.  Current speculation centers on the stranded assets of fossil fuel suppliers, and this is substantial, but I estimate it constitutes no more, and probably much less, than half the capital loss faced by investors.  There are entire industries whose existing stock of investment will be rendered uneconomic by a serious carbon price; think of the airlines, for instance, and the businesses like tourism that depend on affordable air travel.  Think of the trucking fleet, the current location of residential and commercial real estate, or industrial agriculture with its large fossil fuel inputs.  Existing models consider changes in operating costs; what none of them take into account is how much of the capital stock will simply have to be scrapped, and what the economic consequences will be.  Here it is precisely labor and capital utilization that is in question.  Based on historical analogies (discussed in the book), I believe it is likely that stringent carbon policy will be accompanied by a large negative economic shock, greater than any recent demand-driven recession, including 2008.  Keynesian policy can help us get through such an episode but can’t avoid it.

7. And this means degrowth, at least for a while.  But it’s not planned or desired degrowth—on the contrary.  It is the result of having the wrong capital stock for the decarbonized economy of the future; we will have to submit to a contraction, but we should anticipate and counteract it to the extent we can.  Above all, we should adopt policies to protect and improve living standards in the lower income countries.  I predict this will be a tough sell when belts are tightening throughout the capitalist world, but if you care about social justice this will be your fight.

My articlesMy books
Follow on:
Previous Goodbye To Goodlatte And The GOP Going From Lincoln To Trump
Next On Some Predictions

The Price of Naltrexone