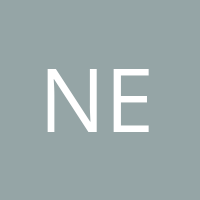 by
neweconomics
My articles My books
Follow on:Twitter
Summary:
New Economics Foundation (NEF) proposes levying £11.1bn for NHS through reform to National Insurance Contributions (NICs) By abolishing the Upper Earnings Limit on NICs, top 15% of taxpayers will pay their fair share for our health system NEF calls for increased investment in preventative measures to ensure a more efficient health system in the future The New Economics Foundation (NEF) today proposes a radical, progressive tax change to contribute more than half of the £20bn earmarked for the NHS by the Government by 2023. Abolishing the Upper Earnings Limit of employee National Insurance Contributions (NICs) would raise £11.1bn per year by 2023/24, in today’s prices – more than half of the £20bn the government has

V. Ramanan writes Joan Robinson On How The Economic System Has A Deflationary Bias

NEF in the news, July

Response to the Chancellor’s economic statement

The New Economics Foundation (NEF) today proposes a radical, progressive tax change to contribute more than half of the £20bn earmarked for the NHS by the Government by 2023.

Abolishing the Upper Earnings Limit of employee National Insurance Contributions (NICs) would raise £11.1bn per year by 2023/24, in today’s prices – more than half of the £20bn the government has promised [2].

At present, earnings above £892 per week, equivalent to around £46,400 per year, are charged just 2% in NICs. But the contribution is much higher proportionally for earnings above only £8,400 a year. Contracted employees pay 12% and the self-employed pay 9%.

Abolishing the Upper Earnings Limit would make sure that the richest 15% of taxpayers [3] contribute just as much proportionally to the NHS as everybody else. It raises more compared with freezing the Personal Allowance of Income Tax and freezing all thresholds in NICs – which are options reportedly [4] being considered by government – and is far more progressive.

“The Brexit dividend is a myth. Desperately needed funding for the NHS can only come from tax rises or borrowing. It’s fair to borrow for investment in the improved health of future generations as this spreads the cost evenly over time. But  the majority of extra NHS funding must come from tax rises.

“At the moment, high income taxpayers are contributing proportionally less than those who can least afford it. That is fundamentally unfair and needs to be addressed. By asking the top 15% of taxpayers to pay their fair share, we can go a long way to closing the NHS funding gap.”

In addition to raising the £20bn to meet NHS running costs, NEF is calling on government to take a holistic approach to health and social care. We cannot simply fund improvements in healthcare; we need to invest in improving our health. That means funding preventative action, funding social care, and funding public health. Instead of relying only on the NHS finding internal efficiencies, the government should recognise the benefits of taking preventative measures which support a healthier society that puts less strain on the NHS. For instance, diseases closely associated with air pollution will cost the NHS at least £1.6bn between 2017 and 2025 in England alone [5].

“The NHS desperately needs this cash, but the truth is it will not be enough to address the long-term crisis in our health system. By only filling the black hole in the NHS’s finances, all we will be doing is running to stand still.

“To secure a decent future for our health system we have to take a much more strategic approach to health in this country. We have to recognise that good health relies on everything from decent housing to clean air, not just on the quality of frontline healthcare. It’s time to put the NHS in its wider context and build a new, more caring economy.”

My articlesMy books
Follow on:Twitter
Previous Weekly Economics Podcast: One year on from the Grenfell Tower fire
Next 404 error – page not found

Weekly Economics Podcast: One year on from the Grenfell Tower fire