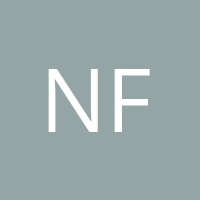 by
New Economics Foundation
My articles My books
Follow on:
Summary:
Press Releases Unemployment set to be above 2 million by Christmas 2021 without further government action Investing £28.3 billion in quick-to-deploy green infrastructure projects could create more than 400,000, full-time equivalent jobs by December 2021 06 July 2020 The level of unemployment is likely to be at least 2.2 million (6.4%) by December 2021, without further support for the economy, according to new analysis by the New Economics Foundation (NEF) published today. This would put the level of unemployment 900,000 higher in 2021 compared with 2019. The report includes a detailed analysis of the range of possible opportunities in zero-carbon

Mike Norman writes A day at the beach in 1896, France, colourised

Weekly Economics Podcast: How do we win a green recovery?

Weekly Economics Podcast: Where does conservatism go next?

2021, without further support for the economy, according to new analysis

by the New Economics Foundation (NEF) published today. This would put

The report includes a detailed analysis of the range of possible opportunities in zero-carbon infrastructure showing that investment of £28.3 billion between July 2020 and December 2021 could create more than 400,000 full-time equivalent jobs in initiatives such as mass home insulation and in new training and skills, as well as in the supply chains to these industries.

The report produces new calculations based on more than 30 independent macroeconomic forecasts for the UK to estimate likely scenarios for future changes in unemployment. Unemployment is likely to reach 2.7 million (7.9%) by the end of 2020, but there is a range of possible paths for recovery in 2021 as set out in the report.

The report sets out proposals to avoid this long-term unemployment crisis by creating jobs while also tackling inequality and reducing carbon emissions. The report publishes a new framework, developed by NEF’s economists, for prioritising and allocating investment to infrastructure projects over the coming months, based primarily on hierarchy six key tests:

Based on this framework, the report found that more than £28 billion could be invested in high impact projects over the next 18 months, with more the possibility of spending more than £8 billion over the next 6 months. Of the 400,000 new jobs created before Christmas 2021, more than quarter (115,000) could come from mass retrofitting of people’s homes as well as associated supply chains, almost 40,000 could come from investment in adult skills and training and more than 25,000 could come from improving walking and cycling infrastructure. Economic modelling also showed that the extra consumer spending arising from new jobs would at least a further 55,000 jobs in the wider economy, outside of sectors receiving direct investment.

“The UK economy is not about to ​‘bounce back’ of its own accord. By Christmas 2021, there could be almost a 1 million more people unable to find work than December last year.

“But in addressing the unemployment crisis, we cannot simply return to business as usual. The government must now step up with a response that truly matches the scale of the problems we face as a country. That means not only creating jobs as fast as possible in the months ahead, but doing so in a way that also tackles the long-term challenges of reducing inequalities and climate emissions as well.”

The New Economics Foundation is a charitable think tank. We are wholly independent of political parties and committed to being transparent about how we are funded.

Note: Total investment figures are derived from an analysis of the literature for respective projects and an assessment of feasibility of additional spending in the short term. Annualised investment in 2021 assumes a small back loading of the overall figure, as projects are able to spend more pro rata in the second year compared with the first. Figures for FTE employment show additional annualised jobs (direct and supply chain) created by the end of the stimulus period for each sector. We estimate the potential numbers of jobs created using the ONS FTE multipliers other than in instances where these are sourced from the literature (see respective citations for each project in section 3.2). We also estimate induced (Type II) job creation through increased demand in the wider economy by adjusting Scottish government multipliers to be consistent with ONS data for the UK as a whole. All job numbers are likely to represent an underestimate, first because the multipliers used are likely to be smaller than those expected during a recession, and second because they do not assume any ​‘crowding in’ of private investment.

The New Economics Foundation depends on its supporters’ generosity. If you value what we do, please consider making a donation.

My articlesMy books
Follow on:
Previous What fishing can teach us about working conditions in the UK
Next National house retrofit programme could save families over £400 per year and create 500,000 jobs