Home / New Economics Foundation / A coal mine, trust, and just transition in Cumbria

A coal mine, trust, and just transition in Cumbria 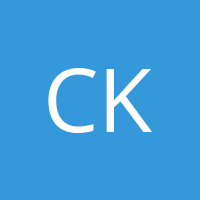 by
Chaitanya Kumar
My articles My books
Follow on:
Summary:
Blog A coal mine, trust, and just transition in Cumbria After its legacy of deindustrialisation, attempts to stop a new coal mine in West Cumbria have to bring along disenfranchised workers and communities. By Chaitanya Kumar 26 October 2020 An essential ingredient to achieving net-zero carbon emissions in the UK is trust. This is what we highlighted in our report last year titled Trust in Transition. Without trust, efforts to accelerate the green transition will face huge barriers – particularly in communities that still bear the scars of deindustrialisation that began a few decades ago. This means

Robert Vienneau writes A Three-Technique Pattern Over The Wage Axis

The case for a four-day week

How to create 6,500 social homes overnight

A coal mine, trust, and just transition in Cumbria

After its legacy of deindustrialisation, attempts to stop a new coal mine in West Cumbria have to bring along disenfranchised workers and communities.

An essential ingredient to achieving net-zero carbon emissions in the UK is trust. This is what we highlighted in our report last year titled Trust in Transition. Without trust, efforts to accelerate the green transition will face huge barriers – particularly in communities that still bear the scars of deindustrialisation that began a few decades ago. This means a trust in politicians to make the right choices, in businesses to think beyond their shareholders and in unions to represent workers’ voices – the transition to net zero demands bringing along disenfranchised workers and communities across the country.

It is in this context that we need to view the recent decision by the local planning committee in Cumbria to approve a £160m coal mine. Many groups, led by environmentalists, have rightly decried this decision, particularly when the climate and ecological emergency is right at our doorstep. The mine has been approved so far on three separate occasions following a legal challenge and judicial review. But the need for jobs and secure livelihoods is as important for local leaders in the short term, especially as we are looking down the barrel of a deep economic recession. One counsellor who voted in favour of the mine was noted for saying that he wasn’t elected to tackle global issues but only Cumbrian ones, suggesting that somehow climate change could bypass his local authority. This decision should not come as a surprise however when we think about the lack of awareness that political decision-makers have when it comes to alternative routes for economic development in the region.

This new coal mine is set in the town of Whitehaven in the Copeland borough of West Cumbria. One in four adults in the region have no qualifications, a quarter of the population is above the age of 65, and West Cumbria is home to half of all job benefit claimants in Cumbria. Manufacturing and construction have been the mainstay of the region’s economy for a long time, but the traditional industries of mining, steel and other manufacturing have declined considerably in the last 40 years. That leaves the nuclear sector. Two thirds of the UK’s nuclear facilities, including Sellafield and the Low Level Waste Repository, are located in the region. They employ around 24,000 people directly and indirectly.

The impact of Covid also seems to be biting hard. A quick analysis of government data and of those sectors that have been most affected by the pandemic (manufacturing, retail, hospitality and construction) shows that Copeland has over 5,500 jobs that could be considered at high risk, with 1,500 of those that could be permanently lost. In light of this, the enticement of an estimated 500 jobs from the mine is powerful.

There are hundreds and thousands of green jobs that can be created in the local area.

After a decade of austerity, the political choices facing local leaders are quite dire. Without an imaginative approach to dealing with these challenges, the recourse is understandably to exercise an option that they know best – in this case, mining the area’s natural resources. But this doesn’t have to be the way forward. Wales, for example, has shown that it can take an alternative path and has ended all fossil fuel extraction in its planning policy. The question of job creation in Wales didn’t disappear, but policymakers chose instead to pursue jobs in the growing clean energy and other low-carbon sectors.

There are hundreds and thousands of green jobs that can be created in the local area. The Local Government Association published a conservative estimate of roughly 600 green jobs that could be created in Copeland up to 2030, while another estimate from Green House for the entire region of Cumbria puts the figure at 5,820. These figures are modelled assessments and we need a more detailed understanding of the available skill-set in the region, the job-creation potential based on realistic investment opportunities, and the expected demographic trends. This requires the local government to take a leadership role in evaluating these questions, with more support from national government in the form of technical and financial resources.

Central to all these challenges however is a question of just transition. If we want to keep fossil fuels in the ground and manage a decline of existing fossil-fuel infrastructure, then it’s critical to ensure that the millions of livelihoods linked to these sectors and the communities that depend on them have a clear say in the transition. A seminal report by Platform on the oil and gas industry showed how four out of five workers would consider moving sectors as a result of poor job security. More than half would consider the renewable energy sector if given the right training. The new low-carbon jobs that we want to replace fossil-fuel jobs need to be well payed, unionised and diverse, laying the foundations for trust in this transition.

NEF has initiated a programme on just transition with an aim to address these knotty questions and hurdles as we move to net zero. Within the context of Covid, our work is focused on ways to protect the livelihoods of those most impacted by the crisis, create new green jobs that can replace those that will be lost forever, and retrain workers that need support in the transition.

With the UK hosting one of the most important climate conferences, the COP26, next November, the prospect of a new coal mine under construction will be devastating for the country’s credibility, especially as it spearheads the global Powering Past Coal Alliance. It is unlikely therefore that approval of the Whitehaven coal mine by the local council will be the last word on the matter. Communities minister Robert Jenrick could well quash this project, and a petition opposing the mine has already gathered over 82,000 signatures. Copeland, a former ​‘red wall’ constituency, also turned Conservative in 2017, adding further to the political considerations for the government.

Ultimately, without a decent, well-funded transition plan, top down decisions on such projects could scupper any attempts to build trust in the net-zero transition.

My articlesMy books
Follow on:
Previous Weekly Economics Podcast: the US election narrative war
Next This is your brain on neoliberalism