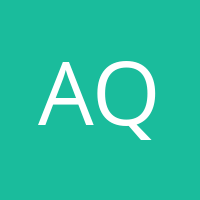 by
Annie Quick
My articles My books
Follow on:
Summary:
Blog Wellbeing and GDP: explained Focusing on wellbeing over economic growth could transform our economy - but it also has some blind spots. By Annie Quick 28 October 2020 This is an article from the second issue of the New Economics Zine. You can read the full issue here “The goal and objective of all economic policy should be collective wellbeing,” said Scotland’s First Minister Nicola Sturgeon this January, in a speech where she said that wellbeing should be as fundamental as gross domestic product (GDP). It’s always encouraging to see politicians challenging GDP as the primary measure of

Focusing on wellbeing over economic growth could transform our economy - but it also has some blind spots.

This is an article from the second issue of the New Economics Zine. You can read the full issue here

“The goal and objective of all economic policy should be collective wellbeing,” said Scotland’s First Minister Nicola Sturgeon this January, in a speech where she said that wellbeing should be as fundamental as gross domestic product (GDP).

It’s always encouraging to see politicians challenging GDP as the primary measure of economic progress. But while calls to think more about wellbeing can be a force for progressive change, they aren’t necessarily so.

As more and more people woke up to the challenge of the climate crisis, wellbeing was a new way to think about progress which didn’t rely on endlessly buying and consuming more stuff. The hope was that, if economics adopted wellbeing as a primary indicator then the implications would be transformative.

Wellbeing research shows that increasing the income of the worst off can create massive wellbeing improvements, while increasing the income of the already wealthy could have no impact at all. Wellbeing research also demonstrates the importance of security of work and housing, and the value of working shorter hours. Such findings all pointed away from the neoliberal orthodoxy and towards a transformative, redistributive economic agenda.

In 2010, however, the Coalition government embraced wellbeing alongside the Big Society and ​‘social action’. Phrases like ​‘community resilience’ and ​‘bounce-back-ability’ (the latter something I’ve heard used more than once by policy types, with no sense of irony) suggested that individuals and communities are responsible for improving their own wellbeing. This mentality says we can boost our wellbeing by pulling our socks up, doing some cognitive behavioural therapy and building a community garden.

This formulation of the wellbeing agenda can be not only misleading but deeply damaging. Headlines like ​“Happiness depends on health and friends not money” are deeply insulting to the 14 million people living in poverty in the UK today. Many wellbeing advocates prescribe mindfulness or volunteering, but finding the time, resources and motivation for those things isn’t easy when you’re living in a cold and overcrowded home, working two jobs to make ends meet, or fighting an increasingly punitive benefits system. All the while, these messages suggest that if you’re not happy, it’s basically your fault.

Crucially, the focus on wellbeing as something we possess and control as individuals gives little space for understanding oppressions, such as those based on class or race – oppressions that are enmeshed with Britain’s colonial history while being reinforced all the time by austerity and our criminal and education systems.

What wellbeing initiatives often lack is a real analysis of power. Many of the drivers of poor wellbeing are built into our neoliberal economic system that, since the 1980s, has been designed and maintained by the wealthy for their own interests. Too often, charities, academics and policy initiatives sidestep the question of power when making the case for the measurement and pursuit of wellbeing as a primary goal of economic policy.

At its best, wellbeing can be a powerful framework for a radically new economic vision. But in order to unleash this potential we need a clear power analysis: an understanding of whose interests are served by our current economy and what it will take to rebalance it. At a national policy level, that means looking at inequalities in wellbeing and supporting policies that can change the structural, upstream causes of poor wellbeing, such as poverty, precarity and ingrained racism.

Having a power analysis is just as important for wellbeing work at a local level. Many community wellbeing initiatives focus on bringing people together to take local action. Many have used NEF’s Five Ways to Wellbeing as a framework to think about these activities: being active, connecting, giving, learning new things and taking notice. These initiatives can provide an important opportunity to help build the social connections and collective control needed to create systemic change from the bottom up. However, on their own, the Five Ways to Wellbeing aren’t going to tackle predatory loans, the housing crisis or local authority cuts.

Initiatives that rely on people coming forward to volunteer their time often help the already privileged, mirroring power structures in the rest of society. However, the outcomes of these activities aren’t necessarily progressive. A few years back, people on our street came together to clear an overgrown area in a local park and create a playground for kids. The result is cute – handmade benches and donated toys suggest a model community initiative. Their motivation? Local sex workers had been using the area for work, and residents wanted to clear them out. No one, as far as I know, talked to the sex workers about any of these plans. Apparently, they don’t count as ​‘the community’.

Even where community initiatives are genuinely inclusive and diverse, it’s perfectly possible for people to improve life for some in the short term without tackling the underlying causes of inequality and poor wellbeing. Learning from the progressive traditions of community organising and community development, we need a better understanding of what turns, for example, a local play scheme into a group fighting against local cuts to children’s services. We need an analysis both of power inequalities within our communities, and a power analysis of the elite economic systems we’re up against if we’re going to create a real wellbeing revolution.

Annie Quick led NEF’s work on inequality and wellbeing until 2018.

My articlesMy books
Follow on:
Previous This is your brain on neoliberalism
Next Weekly Economics Podcast: Should we shake up taxes to recover from the pandemic?