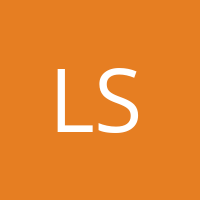 by
Lucie Stephens
My articles My books
Follow on:
Summary:
Blog Boris Johnson is right to be worried about the cost of childcare Nurseries are providing a critical public service, but with the financial challenges of a private business. By Lucie Stephens 24 September 2020 Stories emerged over the weekend that the Prime Minister is worried about the cost of childcare for his new son Wilfred. He’s right to be worried. Families in the UK spend a third of their income on childcare, compared with 9% in France and 5% in Spain. Despite having the most expensive childcare of the 50 OECD countries, we only rank 34th for quality. ​‘Free hour’ funding is available for

Nurseries are providing a critical public service, but with the financial challenges of a private business.

Stories emerged over the weekend that the Prime Minister is worried about the cost of childcare for his new son Wilfred. He’s right to be worried. Families in the UK spend a third of their income on childcare, compared with 9% in France and 5% in Spain. Despite having the most expensive childcare of the 50 OECD countries, we only rank 34th for quality. ​‘Free hour’ funding is available for two-year-olds, and all three- and four-year-olds are entitled to either 15 or 30 hours of care (for 38 weeks a year). But parents with younger children like Wilfred face a cliff-edge between the end of paid maternity leave and the beginning of any ​‘free hours’ entitlement. Childcare in England for these youngest children costs between 45% and 60% of women’s salaries. The challenge is particularly acute for single-parent families, with 41% of working single parents finding it difficult to meet their childcare costs in 2018.

Childcare providers were struggling before Covid but the crisis has crushed the sector. They have been campaigning for years for funding that reflects the true costs of delivering quality childcare. More than 500 nurseries, pre-schools and childminders closed each month between April 2018 and March 2019. Years of underfunding through the​free hours policy and reliance on a​‘marketplace’ approach, rather than state funding for universal access, has left childcare in need of fundamental reform. Lockdown restrictions meant care could only be provided to key worker and vulnerable children. Since restrictions have lifted less than 50% of children have returned.

Without urgent action, Carrie and Boris may find it difficult to find a nursery place for Wilfred. One in four childcare providers in England are expected to be permanently closed within the next 12 months, a loss of 150,000 childcare places. 70% of childcare providers that are still open are currently running at a financial loss and lack of government support means many will be taking out loans in order to keep operating. These will need to be repaid at some point and increasing parent fees is the most likely route. Unlike much of the rest of Europe, we have no fee caps on childcare costs in England — so Boris and Carrie may find themselves facing even greater fees in years to come.

Carrie should be particularly worried as the lack of childcare has huge implications for working mothers. Covid is widely predicted to negatively impact gender equality in the workplace. During the crisis, working mothers have taken on significantly more childcare than fathers. By July working mothers were 47% more likely than fathers to have permanently lost their job or quit. During lockdown 72% of mothers have had to work fewer hours because of childcare issues, 65% have been furloughed due to lack of childcare, and 81% need childcare to be able to work but 51% don’t have enough to do their job. Without sufficient childcare the future looks bleak for working parents (especially mothers), as business leaders highlighted in a recent letter to the chancellor, stating that ​“in the absence of sufficient childcare, many employers will face the invidious choice between supporting parents who work for them, and the viability of their businesses”.

But rather than just worrying about the cost of childcare, the PM needs to do something about it. The first step is to recognise that childcare shouldn’t be the individual responsibility of parents — it is a critical social infrastructure that supports poorer children’s educational opportunities, generates social good and underwrites parents’ ability to engage in the economy. Childcare providers are currently facing an impossible situation, with the responsibility of delivering a critical public service which enables key workers like nurses to perform their vital roles, whilst facing the financial challenges of a private business. Our schools haven’t seen their finances collapse due to Covid, so why should we accept that childcare will?

Other countries, and the devolved nations have been more proactive on this. The Irish government put in place a temporary Wage Subsidy Childcare Scheme to fund childcare workers salaries (and lift them to at least living wage) plus making contributions towards the ongoing costs and overheads of nurseries. Wales redeployed it’s free hours childcare funding to ensure that key workers received free childcare during the crisis. Northern Ireland has set up a childcare recovery support fund to help to cover the additional costs that childcare providers face and to incentivise reopening.

Johnson needs to ensure his chancellor implements a Childcare Infrastructure Fund (CIF) to secure the sector and begin vital reforms. Through repurposing and building on existing government support schemes, the CIF would effectively replace the free hours entitlement with a larger direct payment enabling all Ofsted-registered providers (including childminders) to retain staff, meet essential overheads and deliver high-quality childcare where it is most needed. It enables the flexibility needed during the current period whilst retaining staff and ensuring continuity of care for children when they return. This short-term intervention will secure the sector and begin the longer-term reforms required to ensure that Wilfred Lawrie Nicholas Johnson and the rest of his generation will all be able to experience the high-quality early-years care that should be every child’s right.

My articlesMy books
Follow on:
Previous Furlough: where did the hours go?
Next How workers can take on big finance and win

“When Economists Are Wrong”