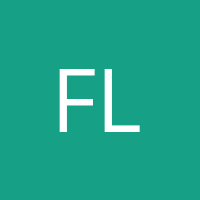 by
Frank van Lerven
My articles My books
Follow on:
Summary:
Blog Road to Recovery Decarbonising the Bank of England’s pandemic QE By Frank van Lerven 04 August 2020 Imagine, successfully side-stepping an oncoming car only to be hit by a massive lorry. That is what will happen if policymakers try to recover our economy from the coronavirus pandemic without simultaneously tackling environmental breakdown. We simply cannot afford to address one crisis whilst ignoring – if not worsening – the other. This is why it is fundamental that the Bank of England’s (BoE) policies are aligned with the government’s environmental goals, not to mention consistent with its own

The dodgy economics behind expanding our airports

Use Covid recovery to get to net zero: the Citizens Assembly’s verdict

Imagine, successfully side-stepping an oncoming car only to be hit by a massive lorry. That is what will happen if policymakers try to recover our economy from the coronavirus pandemic without simultaneously tackling environmental breakdown. We simply cannot afford to address one crisis whilst ignoring – if not worsening – the other.

This is why it is fundamental that the Bank of England’s (BoE) policies are aligned with the government’s environmental goals, not to mention consistent with its own policy rhetoric. Indeed, in response to a letter co-authored by NEF in February, BoE governor, Andrew Bailey suggested that aligning the Bank’s monetary policy portfolio with environmental goals is a ​‘perfectly sensible thing to do’ and ​‘will be made a priority’.

All well and good, but new research published today by the New Economic Foundation in collaboration with University of Greenwich, SOAS and University of West England, shows that there is a considerable carbon bias in one the BoE’s main monetary policy operations – its £20bn corporate bond purchase scheme (CBPS), otherwise known as corporate QE.

This structural carbon bias means the Bank is not only missing an opportunity to propel investments that are supportive of a green recovery, but that is implicitly subsidising some of the most environmentally damaging activities. And yet a much greener corporate QE programme is not only possible, it can also achieve the same economic objectives as the Bank moves to help the economy recover from the pandemic.

The Carbon Bias in Corporate QE

Through corporate QE, the Bank creates new money out of nothing to buy corporate bonds (debt issued by business to help finance their investments). Simply put, the Bank effectively enters the corporate lending market. With a new big lender in town, there is much more finance available to companies – so the cost of borrowing falls. With lower borrowing costs, corporates are incentivised to borrow and invest beyond what might otherwise have been the case.

So far so dandy, especially with a deep economic crisis looming. A potential problem is that corporate QE tends to lower the borrowing costs of the companies that are actually part of the programme, compared to those that are ineligible (including Small and Medium businesses that don’t issue bonds). A strong argument could be made that corporate QE therefore has a ​‘selective effect’, acting as state-backed subsidy for eligible firms and sectors endorsed by the central bank and, in effect, government and taxpayer.

But corporate bond purchases are intended to be ​‘market neutral’ so that they do not distort markets and benefit some companies or sectors more than others. This means the Bank’s purchases are determined by similar criteria that are used by market investors need to reflect the current composition of the market. Environmental sustainability is not incorporated into these criteria, so the Bank’s corporate QE programme is not ​‘climate-neutral’ but is instead disproportionately biased towards high-carbon sectors.

To expose this carbon bias, our research breaks down the Bank’s purchase into various sectors. Of these, sectors we identified four carbon-intensive ones:

Our findings suggest that the Bank is set to pump £11.4bn into the dirtiest sectors of the economy. But despite making up such a large portion of the corporate QE programme, these dirty sectors actually offer relatively marginal contributions to the UK economy. Approximately 57% of the value of the bonds purchased by the Bank are from the most carbon intensive sectors, but they only represent 13.8% of overall UK employment and contribute 19% to gross value added (GVA) — a metric used to measure the economic contribution of different sectors.

Since corporate QE makes finance cheaper for the corporates that are part of the scheme, the carbon bias in the Bank’s purchases is likely to disproportionally lower the borrowing costs and encourage more debt issued by the most carbon-intensive companies relative to low-carbon ones. In other words, an unintended effect of corporate QE is that the Bank is implicitly subsidising environmentally damaging activities and reinforcing the carbon lock-in.

Indeed, our research clearly suggests that Corporate QE is inconsistent with the Bank of England’s own concerns surrounding high-carbon investments in the private sector and the potentially devastating implications for the environment and financial stability.

The Bank of England is, in fairness, aware of the potential carbon bias in its monetary policy operations and has itself acknowledged that if its ​“corporate portfolio was representative of the emissions performance of corporates globally, the world would experience 3.5°C of warming by the end of the century”. And governor Bailey has suggested that aligning corporate QE with environmental goals will be made a priority.

So, to help the Bank align its purchases with climate objectives and support a green recovery, we offer two potential frameworks that would reduce the carbon impact of corporate QE.

Our first, Lower-carbon pandemic QE, scenario eliminates the bonds issued by the most carbon-intensive sectors, namely the fossil fuel and energy-intensive sectors. We then add bonds that can be conducive to a greener economy while still meeting the Bank’s key eligibility criteria.

A fair response might be that energy-intensive and fossil fuel corporates also need finance, especially to make the investment necessary for a green transition. In that case, we would expect these corporates to show that they are borrowing to make environmentally-friendly investments and thus they could issue green bonds.

The second, Low-carbon pandemic QE scenario, eliminates the vast majority of bonds issued by all carbon-intensive sectors, adding bonds issued by sectors that are not carbon-intensive. Both scenarios achieve the same economic outcome as the Bank’s current corporate QE programme, but with a better or much better outcome for the climate.

*For a more detailed and technical explanation of these scenario please see our policy note and the appendix.

Of course, low-carbon and green corporate QE programmes would not alone be sufficient to ensure the transition to a low-carbon economy. A green fiscal stimulus should have a more prominent role as we look to use the recovery as a springboard for a brighter and better future. But the urgency of the climate crisis requires that all policy tools are used for the purpose of avoiding a climate breakdown. It is also crucial that the decarbonisation of the BoE’s QE programmes would provide a very clear signal to the financial markets that the era of ​‘dirty’ finance will soon come to an end.