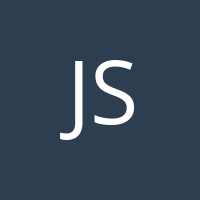 Cutting Taxes in a Depression is Like Pushing on a String

BC Liberal leader Andrew Wilkinson today announced a plan to completely eliminate the provincial sales tax (currently 7%) for 1 year, and then cut it by 4 points (or 57%) after that. Conservatives are prone to make expensive tax cut promises during elections, a tendency which contradicts their other touch-stone of perpetually promising to get tough on deficits and debt. Like other governments, BC is already facing enormous deficits for years to come as a result of the COVID-19 pandemic and associated recession. While it might be hypocritical for deficit-phobic conservatives to argue for tax cuts even in the face of deficits, it has never stopped them before. So Wilkinson’s gambit should not be surprising. But by pledging to completely eliminate the province’s 2nd largest source of tax

END_OF_DOCUMENT_TOKEN_TO_BE_REPLACED

The progressive economics community, in Canada and around the world, lost a wonderful colleague, comrade and friend with the passing of John Loxley on July 28, 2020. Here I would like to share some personal reflections on John’s impact on my life as a progressive economist, and the very rich legacy he has left our shared community. (I also commend the many other tributes that have been posted, including here here here here here and here.)

John embodied a combination of innovative, world-class economic analysis with a deep commitment to community organizing and political change – from the local to the global. He was among the most inspiring, collegial, and activist progressive economists I have ever had the privilege to work with.

I personally got to know John through his leading

END_OF_DOCUMENT_TOKEN_TO_BE_REPLACED

The legendary Prof. Harry Glasbeek of Osgoode Hall Law School at York University has penned the following commentary on how the COVID-19 pandemic is revealing and reinforcing the deep flaws in our economic and social order. It ends on a hopeful note: the people will demand better, when the immediate health crisis has passed. Prof. Glasbeek is the author of Capitalism: A Crime Story.

An edited version of this commentary was originally published by Canadian Dimension.

Statements of the Obvious as Fuel for Anti-Capitalist Fire

We know that we have a pandemic. Times are grim.

Given the rapacious nature of capitalism, a rapaciousness never discouraged by our political leaders and opinion moulders, there were always going to be capitalists who would try to profit from the health

END_OF_DOCUMENT_TOKEN_TO_BE_REPLACED

Federal Support Package: The Pros, the Cons, and the Next Shoe to Drop

The government has worked quickly and creatively to find ways
to deliver support to Canadians, and fast – using the infrastructure of
existing benefits, and developing new channels where needed.

The government has recognized the gaping holes in the
existing social safety net: in particular, the fact that so many workers
(part-time, seasonal, self-employed, and gig) don’t qualify for normal EI
benefits. So their two new income supports (the Emergency Care Benefit and the
Emergency Support Benefit) will cover all categories of affected workers. That’s
an important change, and should be

END_OF_DOCUMENT_TOKEN_TO_BE_REPLACED

The health emergency created by the COVID-19 pandemic is of
course the primary concern of Canadians, and the first priority for government
to address. But it is increasingly clear that the economic fallout from the
pandemic is also going to constitute an emergency. And it requires government
to respond as urgently and powerfully in the economic sphere, as they are attempting
for public health.

I was invited onto CBC Radio’s special broadcast today to
discuss the economic consequences of the pandemic, and needed policy responses –
and also to comment on the policy announcements made by Finance Minister
Morneau, Bank of Canada Governor Poloz, and Superintendent of Financial
Institutions Rudin at a special joint news conference.

Here are some quick thoughts on what we can expect in

END_OF_DOCUMENT_TOKEN_TO_BE_REPLACED

A Warning from Australia on Scheer’s Climate Non-Plan 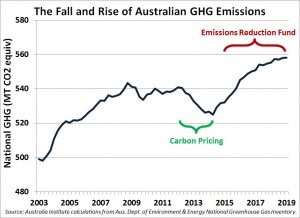 Andrew Scheer argues carbon pricing is the wrong way to limit GHG emissions. He has pledged to eliminate the federal carbon pricing system, promising that scrapping it will bring down the cost of living and unleash more business investment.

Most economists disagree. And all of the other major parties
include carbon pricing of some form in their respective plans to meet Canada’s
Paris commitments. So Scheer’s approach is a clear outlier, both intellectually
and politically.

END_OF_DOCUMENT_TOKEN_TO_BE_REPLACED

The Economic Pay-Off from Public Education

On a trip back to Toronto this week I attended the launch of a new report commissioned by the Ontario Secondary School Teachers’ Federation, and written by Aimee McArthur-Gupta from the Conference Board of Canada. The report presents some estimates of the economic, fiscal and social benefits of public education programs.

The full report is here. It is a useful resource for all those campaigning against conservative cutbacks to school budgets (such as those in Ontario, Alberta, and Saskatchewan). It’s also an interesting example of economists attempting to put “numbers” on channels of causation which we all knew were important, but which are hard to measure.

The report has two major analytical sections. The first uses the Conference Board’s input-output model to simulate the

END_OF_DOCUMENT_TOKEN_TO_BE_REPLACED

NDP Math Error will Help the Party, Not Hurt It

The number-cruncher in me cringed in sympathy for the anonymous research nerds who made the now-famous math error in the Ontario NDP’s fiscal platform. They wrongly added a $700 million contingency reserve to net revenue, instead of to expenses.  The result is an underestimation of the planned deficit (if we include that reserve – more on that below) by $1.4 billion in each year.
Pompous voices predictably crowed that this error confirms the NDP’s supposed lack of fiscal credibility. In practice, though, this accounting tempest will turn out to be a non-event in this dramatic election campaign – and in fact, it may counterintuitively help the party’s surging campaign, rather than hurting it.First off, the budgeting error is clearly insignificant in the overall fiscal picture, no matter

END_OF_DOCUMENT_TOKEN_TO_BE_REPLACED

It’s been over a week now since I challenged the authors of 5 business-friendly economic reports to a friendly wager over the future trajectory of employment in provinces that are raising their minimum wage to $15 per hour.  The challenge was issued in my Globe and Mail column of October 3.
I was responding to the several business groups and business-funded think tanks that had issued several reports predicting job losses from the higher minimum wage, in the run-up to the coming vote in the Ontario legislature on the policy.  I summarized some of the major flaws of the various studies: including their misreading and misapplication of recent economic research on the employment effects of minimum wages (which typically find very small, or even slightly positive, effects); their misleading

END_OF_DOCUMENT_TOKEN_TO_BE_REPLACED

The Laws of Free Trade are not Immutable After All

For years, we’ve been told the dictates of globalization, and the intrusive and prescriptive terms of free trade agreements in particular, are immutable, natural, and unquestionable.  When workers were displaced by the migration of multinational capital toward more profitable jurisdictions, we were told there’s nothing we can do about it except join the race to the bottom in a desperate attempt to hang onto our jobs.  When investment and employment were undermined by lopsided trade and capital flows, and employers and financiers utilized the leverage afforded them by unrestrained international mobility to ratchet the distributional structure of the economy ever-more-blatantly in their own favour, we were informed this was just the logic of markets.  And anyone who questioned that logic, or pointed out that it didn’t work in the real world like it is described in the economic textbooks, was labelled either economically illiterate or protectors of vested interests.
Now, suddenly, on the strength of a few tweets from a President who hasn’t even taken office yet, it seems that those rules are not so immutable, permanent, or natural after all.  Now, global corporations will move billions of dollars of investment, and thousands of good jobs, just because a President-elect wants them to.

END_OF_DOCUMENT_TOKEN_TO_BE_REPLACED

NAFTA: Suddenly, Everything’s on the Table

END_OF_DOCUMENT_TOKEN_TO_BE_REPLACED

From Jim Stanford
I was somewhat surprised to see Stephen Poloz recently urging economists to do more work identifying and disseminating research on the supposed benefits of free trade.  That’s slightly beyond his job description (perhaps more fitting with his last position as head of Export Development Canada).  But like economic leaders elsewhere in the world, Mr. Poloz is obviously concerned with the disintegration of popular support for neoliberal free trade deals.  That disintegration will have tectonic economic and political consequences.
True believers may think that merely educating citizens about how trade deals reallyare good for everyone (á la David Ricardo’s textiles and port parable) will save the day for globalization.  But I think there’s a much deeper problem.  The reality is that trade liberalization, as currently practiced (with an emphasis on corporate power and capital mobility, and absent effective demand-management and imbalance-correcting tools), has harmed many millions of people — in both developed and developing countries — and is now repressing growth, not stimulating it.  All the comparative advantage pontificating and CGE modeling in the world won’t magically convince people to deny their own lived reality: namely, that globalization is one reason (among others) why their economic prospects have visibly diminished over the last generation.