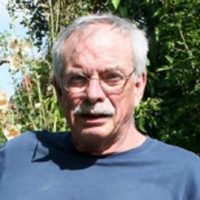 Dealing with the health crisis: rationing and price controls

Nature of the Health Crisis The current health crisis has similarities to the Great Recession of 2008-2009, though fundamentally different.  The crisis ten years ago resulted from collapse of financial institutions, a purely human-made disaster whose solution should have been obvious.  The financial collapse provoked a severe contraction in aggregate demand in household spending and business investment.  The demand contraction led to under-utilisation in most sectors, which a fiscal stimulus would have resolved — inadequate demand, idle production and workers, correctable by the public budget replacing private demand with public demand.

END_OF_DOCUMENT_TOKEN_TO_BE_REPLACED

EU and UK economic prospects post-Brexit – the impact of investment

Analytical Considerations As Brexit is finalized we find considerable speculation about the likely consequences for the UK and EU economies after the end of January.  Because this event has no clear precedent, much of the speculation derives from political predilections and opinion without an analytical anchor.  Since private investment plays a major role in both growth and diversification of economies, beginning with the motivation to invest might provide that anchor. As Keynes argued, private investment has both a long run underlying technical link to production while driven by the expectations of capitalists (Keynes 1936, Chapter 12).  In the long term, the economy’s investment share adjusts to the technical requirements of production, the amount of capital input needed

END_OF_DOCUMENT_TOKEN_TO_BE_REPLACED

Who Pays the Corporate Income Tax? Don’t believe the IFS

The AssertionEven before Corbyn launched the Labour Manifesto, the Institute of Fiscal Studies launched its critique of Labour tax policies, asserting that Labour’s proposed tax increases were not limited to the richest,:"The truth is of course that in the end corporation tax is paid by workers, customers or shareholders so would affect many in the population".  On the BBC Shadow Chancellor John McDonnell politely rejected the IFS critique, which in essence asserts that the corporate income tax is not progressive.   Well he should, because the "initial reaction of IFS researchers" (as they entitle their article) is wrong about the corporate income tax.For the public this argument may seem obscure.  Why is there disagreement over something as apparently obvious as who pays

END_OF_DOCUMENT_TOKEN_TO_BE_REPLACED

Complements or substitutes?Over the summer in OurEconomy my PEF colleague Guy Standing argued that proposals for Universal Public Services (UBS) are not substitutes for the Universal Basic Income (UBI) that he has advocated so cogently.  I strongly agree.  The two are overwhelmingly complementary.  As we approach a UK general election on 12 December and the parties prepare their manifestos, revisiting the UBS and UBI becomes quite relevant. Review of two public policy frameworks, progressive liberalism and social democracy, helps to clarify the complementarity.  To be clear on terms, I use “progressive liberalism” to refer to the political ideology of fostering greater equality and human welfare through market intervention.  By social democracy I mean the political ideology

END_OF_DOCUMENT_TOKEN_TO_BE_REPLACED

Origins of National Income From the ultra pro-business World Economic Forum to the progressive “thinktank” New Economics Foundation, we find a growing consensus that the standard measure of economic performance, Gross Domestic Product (GDP), needs replacement.  Its failure to adequately measure welfare or well being appears as a common threat in the critique of GDP (treated in detail in the 2009 study from Boston University), a theme repeated in the media.  More broadly, some have argued that GDP, with its focus on marketed goods and services, is fundamentally wrong in what it measures.  These broader objections overlap with the recent environmentalist critique of GDP and economic growth itself. When assessing the GDP measure and possible alternatives to it, I found it

END_OF_DOCUMENT_TOKEN_TO_BE_REPLACED

The non-existence of society and the ideology of neoclassical economics

In the United Kingdom we face the imminent likelihood of an election in which the political choices before voters will be in clear focus, remaining within the European Union or leaving (perhaps under disastrous conditions); social democracy or deregulated capitalism; saving the environment or further destruction of it; parliamentary democracy or authoritarianism. In the context of these momentous decisions, and with Parliament prorogued again, we should reflect on a still famous statement by a past prime minister. In the course of an interview in Woman’s Own, then prime minister Margaret Thatcher famously stated “There is no such thing as society”, elaborating, There is living tapestry of men and women and people and the beauty of that tapestry and the quality of our lives

END_OF_DOCUMENT_TOKEN_TO_BE_REPLACED

The Minor Mystery of the Euro’s Trade Effect

The predilection for More Trade I do not consider an increase in inter-country trade a good thing in and of itself, though that view is common among economists and in the media.  For most economists increased trade reflects a putative more efficient international allocation of resources derivative from competition on a global scale.  For the media, the enthusiasm frequently involves trade’s alleged employment generating effects, derivative from mercantilism and associated with assessing trade deficits as a prima facie problem of a country "living beyond its means".  Slightly more sophisticated is Adam Smith’s “vent for

END_OF_DOCUMENT_TOKEN_TO_BE_REPLACED

Much of the debate over Brexit focuses on narrowly on trade in goods.  In that debate one finds relatively little discussion of the performance of the EU internal market with regard to commodity trade (“goods”). The typical argument for the British government  negotiating a post-Brexit agreement presumes that EU internal market rules facilitate robust trade outcomes, and that operating outside of it would undermine goods trade.  But has the EU internal market in fact facilitated trade among members?  How should that be assessed?One aspect of the European Union, the most important aspect for neoliberals, is the internal

END_OF_DOCUMENT_TOKEN_TO_BE_REPLACED

Severe as it has been for the welfare of the British people, eight years of so-called austerity under three Conservative governments are but the most recent manifestation of Tory assaults on public services.  Since Margaret Thatcher became prime minister almost forty years ago, contracting the public sector has been a constant theme across Tory governments.Chart 1 shows total pubic spending as share of GDP over four decades, 1980-2017.  In the first three years of the Thatcher government the share of public spending in GDP rose.  This unexpected rise resulted not from an expenditure increase, but from contraction of GDP, a severe recession consciously provoked by then-chancellor Geoffrey Howe with the putative purpose of reducing inflation.  The share of public spending

END_OF_DOCUMENT_TOKEN_TO_BE_REPLACED

Free markets & the decline of democracy

On 5th January 2018, Professor John Weeks gave this year’s David Gordon Memorial Lectureat the meeting of the American Economic Association in Philadelphia, USA.  It was hosted by the Union for Radical Political Economics, and we are pleased to publish the text of the lecture, below.  It can also be downloaded as a pdf here.  David Gordon was an American economist who inter alia founded the Institute for Labor Education and Research in 1975, and later the Schwartz Center for Economic Policy Analysis in New York City. He worked to disseminate progressive economic ideas to the general public. PrefaceWe gather today in the year marking the 50th anniversary of the Union for Radical Economics and of the first issue of the Review of Radical Political Economics in which Michael

END_OF_DOCUMENT_TOKEN_TO_BE_REPLACED

What Crisis?For the last several years the media have carried reports of a crisis of low productivity plaguing the British economy, both in terms of level and rate of change.  Almost two years ago, PRIME’s Jeremy Smith provided what I considered the definitive refutation of the existence of such a crisis.  But, far from ending, the “crisis” discussion has gathered pace to become a recurrent media theme.A presentation of trends in UK productivity appeared in the Civil Service Quarterly in July of this year.  With a typically sensible civil service approach the authors did not use the word crisis, preferring “stagnation”: UK productivity has stagnated since the 2007 financial crisis, having remained broadly unchanged since the end of 2007. The gap between current productivity

END_OF_DOCUMENT_TOKEN_TO_BE_REPLACED

The deficit & the IFS: a black hole between a rock and a hard place?

Image with acknowledgement to Google Search

Anyone familiar with the austerity obsession of EU leaders will know that the boundary between fiscal virtue and profligate sin lies at minus 3%.  A budget balance below the ominous minus 3 sends the offending government to the fiscal headmasters of the European Commission, who enforce the dreaded “excessive deficit procedure”.  Demonstrably absurd, dysfunctional and a major explanation of the long delayed and tepid recovery of the euro zone (see our report), the 3% austerity solution is too lenient by half for the Institute for Fiscal Studies (literally,

END_OF_DOCUMENT_TOKEN_TO_BE_REPLACED

What is the Single Market?Last week a cross-party group of MPs tabled an amendment to the Queen’s Speech calling on the government to commit to staying in the EU single market.  As a result of their support for the unsuccessful amendment, three Labour shadow cabinet members were forced to resign.The amendment revealed a possible confusion by its supporters about the nature of the single market and the European Union.  The wording of the amendment, which includes no reference to citizens’ rights guaranteed by EU treaties, implicitly suggested that 1) the single market provides trade access to the 27 countries of the Union; and 2) that the single market is the most important aspect of EU membership, indeed its core. Both are wrong.  Under international trading rules exporters

END_OF_DOCUMENT_TOKEN_TO_BE_REPLACED

“Bribing voters” and all that: neoliberal contempt for democracy?

Labour’s shock success in the “snap” general election left poll takers more than slightly embarrassed (except YouGov and Survation), and political commentators scrambling to cover their backsides.  In their struggle to adjust to a resurgent Labour Party led by the “unelectable” Jeremy Corbyn, the nominal progressives among the pundits provided a textbook guide to the difference between centrist neoliberalism and social democracy.The Conservative manifesto included among its political disasters the proposal that care for the elderly should be funded by drawing on the assets of those needing care with an exemption floor at

END_OF_DOCUMENT_TOKEN_TO_BE_REPLACED

A sound national economy is NOT a matter of bean-counting!  Image with thanks to pearlsofprofundity

The Way It WasSince 2010 the ideology of balanced budgets has dominated economic policy debate in Britain, from the micro (public institutions such as NHS trusts) through to the macro (George Osborne’s “living within our means”).  During this dark era, troglodyte macroeconomics (see my Weeks Chapter 7) defined “sound” economic management as balancing the public budget, low inflation and distribution-neutral taxes.This policy regime produced its predictable results – slow growth, stagnant wages and for

END_OF_DOCUMENT_TOKEN_TO_BE_REPLACED

Assessing the manifestos – the IFS fails the test

The “gold standard” for analysis of the economic policies of political parties was set by The Netherlands Bureau for Economic Policy Analysis (CPB), established by Jan Tinbergen, Nobel prize winner and, more substantial, member of the anti-Nazi resistance during World War II.  For decades before each election the CPB would assess the manifestos of all parties (see analytical review of the CPB).  Using its highly-respected and publicly available statistical model, CPB researchers would estimate the probable impact of party policies on the nation’s economy.On 26 May the UK Institute of Fiscal Studies held one of its by-invitation-only meetings to announce its evaluation of the taxation and expenditure policies of the Labour and Conservative Parties (Liberal-Democrats received