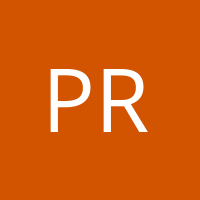 by
ProGrowthLiberal
My articles My books
Follow on:
Summary:
Brad Setser has more to say about how the lack of enforcement with respect to transfer pricing in the Big Pharma sector has not only cost us Federal tax revenues but perhaps in American jobs in his “The Irish Shock to U.S. Manufacturing?” (May 25, 2020): America’s production of pharmaceuticals and medicines peaked in 2006, back before the global financial crisis. Output now is about 20 percent below its 2006 level. Pharmaceuticals tend to be capital not labor intensive. High quality pharmaceuticals aren’t made in sweat shops. Pharmaceuticals certainly weren’t the kind of industry that most economists expected to be on the losing end of trade liberalization twenty years ago. Yet America’s consumption of pharmaceuticals didn’t peak in 2006. Only U.S. output. Imports have increased


Nick Falvo writes Homelessness in canada could rise due to recession

The “Trump Effect” On Happiness

The Danger Of Fascism With The Death Of RBG

Brad Setser has more to say about how the lack of enforcement with respect to transfer pricing in the Big Pharma sector has not only cost us Federal tax revenues but perhaps in American jobs in his “The Irish Shock to U.S. Manufacturing?” (May 25, 2020):

America’s production of pharmaceuticals and medicines peaked in 2006, back before the global financial crisis. Output now is about 20 percent below its 2006 level. Pharmaceuticals tend to be capital not labor intensive. High quality pharmaceuticals aren’t made in sweat shops. Pharmaceuticals certainly weren’t the kind of industry that most economists expected to be on the losing end of trade liberalization twenty years ago. Yet America’s consumption of pharmaceuticals didn’t peak in 2006. Only U.S. output. Imports have increased substantially since 2006. Imports of pharmaceuticals have increased from $65 billion in 2006 to $151 billion in 2019. As a result, the trade deficit in pharmaceuticals has increased from $32 billion at the end of 2006 to $93 billion in March of this year. That is about 0.4 percent of US GDP, or just under 10 percent of the total trade deficit in manufactures. The bulk of these imports are from countries that pay high wages. The two biggest sources of imports are Ireland and Switzerland. Many of the usual arguments around the gains to consumers from trade don't really apply here. The imports are of patent protected goods, so they don't expand consumer choice. And U.S. pharmaceutical prices are notoriously high—imports from Ireland and Switzerland haven't brought U.S. pharmaceutical prices down to European levels. The bulk of the gains from trade here almost certainly go to the owners of the pharmaceutical companies who benefit from lower taxes. And the main loser is the U.S. Treasury. Right now, the United States pays the highest prices in the world for its medicines (many of which derive from NIH research) while U.S. pharmaceutical companies are often taxed at quite low effective rates.

I want to do two things here starting with an explanation of the Irish transfer pricing game and later a small complaint about his Swiss tale. He cites a story about an Irish affiliate of Pfizer by Tom Bergin and Kevin Drawbaugh:

Pfizer has used transactions between companies within its group to allow an Irish subsidiary based in Ringaskiddy - Pfizer Ireland Pharmaceuticals - to buy the rights to patents developed in the United States and then use them to make drugs which are sold back to U.S. affiliates. Even though the Irish and other overseas units pay $3.2 billion a year in royalties to use such patent rights, the higher prices at which Pfizer in the United States imports manufactured drugs from affiliates means almost all the profits from these drugs are reported overseas. Drugs which were discovered in the United States, manufactured in Ringaskiddy and sold back to the United States include anti-cholesterol treatment Lipitor - the best-selling prescription drug of all time - and epilepsy drug Lyrica, which generated revenue of over $5 billion last year for Pfizer … Pfizer does have manufacturing plants in the United States but filings for its overseas units show non-U.S. companies supply over 80 percent of U.S. sales. Those sales generate margins of around 40 percent for Pfizer’s overseas arm - earning it over $17 billion in 2013. However, Pfizer has reported losses on its U.S. business in each of the past five years.

Pfizer is not alone with very aggressive transfer pricing, which we will outline in an example based on its 10-K filing below. But let’s consider Switzerland in light of an interesting comment over at Angrybear which included this:

do we not want importation of cheaper pharmaceuticals as long as the US can adequately tax gains? Cheaper medicine is a necessary part of alleviating health care costs.

Brad notes Irish and Swiss wages are not exactly low but are those drugs we import from low taxed Swiss affiliates really produced in Switzerland? One of Pfizer’s competitors is a U.S. based multinational that has declared that its intangible assets are owned in Switzerland while production is actually performed in the Visigrad economies:

On the face of it, the Visegrad countries – the Czech Republic, Hungary, Poland and Slovakia – are doing well economically. The data for GDP per head suggest a gradual convergence in living standards with Western Europe. They continue to attract a disproportionate share of inward investment in EU manufacturing, and their integration into EU-wide supply chains helps to explain why they are now collectively Germany’s most important trade partner, ahead of China and the US.

This other multinational relies on contract manufacturers in the Visegrad nations in order to take advantage of both low wages but also modest corporate tax rates. But most of the profits end up in Switzerland as the contract manufacturers and distribution affiliates receive only modest operating margins. The Swiss principle then pays the U.S. affiliate only a modest royalty rate for the use of U.S. developed intangible assets reaping the lion’s share of profits even though this Swiss entity employs very few people. Now to our illustration of how abusive the transfer pricing for Big Pharma gets based on Pfizer’s 2013 financials, which showed $50 billion in worldwide sales with 60 percent of those sales made by foreign distribution affiliates. Distribution costs represent 30 percent of sales and the typical transfer pricing policy leaves it with a gross margin = 35 percent so operating profits are only 5 percent of sales. Of that, $1 billion is captured by the U.S. distribution division with foreign distribution affiliates receiving $1.5 million. Production costs are only 20 percent of sales so consolidated profits represent 50 percent of sales or $25 billion. The contract manufacturers receive profits = $2.5 billion leaving “residual” profits equal to 40 percent of sales or $20 billion. One might think the appropriate royalty rate would be 40 percent of sales, which would mean the U.S. parent would receive $20 billion but in a lot of cases the royalty rate is only 10 percent so the U.S. captures only $5 billion in royalties with the remaining $15 billion left in the Swiss tax haven. In other words, this multinational enjoys both low production costs and an incredibly low effective tax rate. Now one might wonder how this transfer pricing abuse can be considered arm’s length. Well, there will be some law firm or accounting firm that will write some fanciful defense if the multinational pays them a lot to be their advocate.
2020-07-20
ProGrowthLiberal
Full story here
Are you the author?
0 0
About ProGrowthLiberal