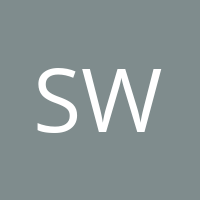 by
Sofie Jenkinson, Margaret Welsh
My articles My books
Follow on:
Summary:
Blog Mental health and hope We have a choice about the sort of world we want to return to after the pandemic By Sofie Jenkinson, Margaret Welsh 19 October 2020 This is the editorial from the new issue of the New Economics Zine. You can read the full issue hereContent warning: this article contains a brief mention of suicide.In the last few years the world has become awash with TV shows, newspaper articles, testimonials and even influencers discussing mental health (hello!). It is nice to finally live in a world that has started to take the issue of mental health more seriously. It

This is the editorial from the new issue of the New Economics Zine. You can read the full issue here

Content warning: this article contains a brief mention of suicide.

In the last few years the world has become awash with TV shows, newspaper articles, testimonials and even influencers discussing mental health (hello!). It is nice to finally live in a world that has started to take the issue of mental health more seriously. It is now much more possible, as someone with a mental health problem, to feel less alone.

Through the coronavirus pandemic we’ve seen a rise in depression and other mental health problems – new Office for National Statistics (ONS) figures show that twice as many adults in Britain are reporting symptoms of depression now compared with this time last year. But even before the pandemic we were seeing childhood mental health problems, severe mental illness and the mental ill health of young women increasing. There was also an across the board rise in common mental health issues and a suicide rate that reached a two-decade high in 2019, according to the ONS. New research in the last few weeks has also shown anxiety trebling in young adults since 2008, affecting 30% of women aged 18 – 24. With mental health (or at least, certain areas of mental health) being discussed so widely, chipping away at stigma and nudging us to take it more seriously, why do so many problems still persist? And what are the next steps?

Mental health problems are the ​‘great leveller’ so they say – ​“Mental health doesn’t care about how much money you have in the bank, it can affect anyone!” It’s true, of course, that it can affect any of us, but the money you have in your bank, among other things, does impact who is more likely to have mental ill health and who has the most resources to deal with it. The Health Survey for England has consistently found that the poorest people have the highest risk of having a mental health problem.

It may come as little surprise that the pandemic and ensuing crisis is making health inequalities ever clearer and often worse. Research from the Health Foundation showed that measures taken to control the spread of the virus are having unequal socioeconomic impacts likely to deepen health inequalities in the long term. The Institute for Fiscal Studies (IFS) has said that the pandemic ​“will have significant consequences for people’s health outcomes in the short and longer term.” Countless pieces of research, most recently from the King’s Fund and not least from the tireless work of Sir Michael Marmot, show that people in deprived areas live significantly shorter lives than those in affluent ones, and that people’s position in the economy has an impact on both their health and the treatment they are able to access. Poor housing conditions, poor employment conditions, unreliable wages and high levels of debt are common, and have a detrimental impact on our health, including our mental health.

Our experience of mental ill health is not equal – factors like race, economic class, gender identity and disability all affect our likelihood of struggling with mental illness. These factors also affect the way we experience and receive treatment, support, access to services and understanding from our employers. The entire structure of our society and economy is not set up to support people equally in their illness – whether that be a short-term issue or a life-long problem.

Underfunding of the NHS has made it extremely difficult to receive timely treatment for mental illness. Unless you are experiencing a severe crisis, you are likely to be on a waiting list for months. Those who can afford it can bypass this and pay for private treatment. So while treatment for mental ill health is may be free at the point of use, it is not free at the point of need. And that is as true for long-term and severe mental health problems like schizophrenia and psychosis as it is the more widespread and low-level anxiety and depression. As NEF authors Sarah Arnold and Daniel Button write in this issue, funding for prevention and treatment is key. While mental health accounts for 28% of the burden of disease in the UK, mental health services receive only 13% of NHS spending. When you need help and treatment, access to well-funded and well-provided services need to be there, regardless of your location, wealth or privilege.

In order to access comprehensive treatment from the NHS for a severe mental health crisis you often will have to have attempted suicide. While hearing from members of the Royal Family about their experiences with mental illness is welcome and encourages conversation, it’s only half the story. This is the subject of one of the pieces in this issue from Jake Mills who runs Chasing the Stigma, which he set up after struggling to access treatment for his own mental health. It’s a reminder that awareness alone is not enough and that, while each of us can make a difference, we need structural not just individual action.

This tendency to individualise issues rather than to zoom out and look at the structures we are operating within means we still aren’t getting the full picture. Our scene-setting essay in this issue is from NEF Weekly Economics Podcast host and brilliant academic Ayeisha Thomas-Smith who explores what living in a neoliberal economy does to our minds. Later in the issue, junior doctor and writer Samara Linton explores how racial injustice in our economy impacts on mental health. Black, Asian, and minority ethnic people have poorer access to mental health services than their white counterparts, and when they do gain access, they have poorer outcomes. And towards the end of this issue, academics Richard Wilkinson and Kate Pickett pick up on the theme of their most recent book and discuss the implications of inequality on our mental health.

So we need to understand how the rules of our economy create these health disparities. Some of this is, of course, about healthcare funding and the long-fought for need for equality between mental and physical health funding. It’s also about reducing risk factors for as many people as possible, with safe housing, secure jobs, a social safety net that works, and a healthy environment.

And finally, we need to change the rules of the economy – policy change, local change, service change. Mental health campaigning is important, but it’s often seen as outside of politics and economics. Even the issue of funding is something big mental health campaigns often seem afraid to touch. The economy is not something abstract, it’s what we live every day and the current structure of the economy is making us sick – from the underfunding of services and the insecurities in people’s immediate lives through to the destruction of the very planet we live on. As wildfires ravage parts of the globe and floods sweep across others, the fight for change becomes ever urgent. But it’s not always easy – the fight itself can be tough on our mental health – NEF’s former head of environment Dave Powell takes on the issue of eco-anxiety in this issue – and reminds us that humans are capable of wonderful things.

After the pandemic, we have a choice about the sort of world we want to return to. We can choose a world that ensures that people have what they need to live a good life, with mental health support and services free at the point use and need. For that world to become a reality we need to build a different kind of economy so that it works in service of the people living within it and the planet on which we live.

We hope this issue brings insight and new perspectives to how the economy plays its part in the mental illness and wellness of us all.