How to drop helicopter money correctly 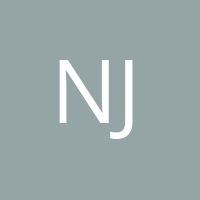 by
njhaering
My articles My books
Follow on:
Summary:
From Norbert Häring Distributing additional money to stimulate demand is seen by economists as a recipe for boosting demand in a crisis. But you have to do it right, not like Donald Trump did it. In response to the corona crisis, US President Donald Trump had consumption cheques with his signature worth 1200 dollars sent to all citizens. This bears a strong resemblance to an anti-crisis recipe of economists, which has been known as helicopter money since Milton Friedman coined this term. You just let money rain down, and demand will automatically pick up again. According to the basic concept of helicopter money, it would be the central bank which puts the additional money into circulation. In the current case, however, the money does not come straight from the central bank Federal

Distributing additional money to stimulate demand is seen by economists as a recipe for boosting demand in a crisis. But you have to do it right, not like Donald Trump did it.

In response to the corona crisis, US President Donald Trump had consumption cheques with his signature worth 1200 dollars sent to all citizens. This bears a strong resemblance to an anti-crisis recipe of economists, which has been known as helicopter money since Milton Friedman coined this term. You just let money rain down, and demand will automatically pick up again.

According to the basic concept of helicopter money, it would be the central bank which puts the additional money into circulation. In the current case, however, the money does not come straight from the central bank Federal Reserve (Fed), but from the government. Theoretically, one could think that the government would have to make cuts in other budget areas so that the money would not be additional. However, this is not the case for the following reason:

Because of the Fed’s massively expanded purchases of government bonds, it is clear that the money is actually additional, because indirectly the central bank finances the payments to the citizens and the government’s high deficits that are created as a result.

De facto, the government pays interest and debt service for the bonds to the central bank and thus ultimately to itself.

The measure found an unusual range of advocates. They ranged from left-wing Democrat Tulsi Gabbard, to  star economist Nouriel Roubini, who is close to the Democrats, to the conservative Greg Mankiw. The leading textbook author is somewhat of a symbol of the economic mainstream.

But the measure also attracts criticism and has not found much support among European economists. One exception is the former Greek finance minister Yanis Varoufakis, who wrote on Twitter htat 2000 euro per Eurozone citizen would cost 750 billion euros and that would be money much better spent to boost demand than for ECB liquidity to banks and zombie corporates.”

Too little to some, unnecessary to others

French economists Emmanuel Saez and Gabriel Zucman, who are known for their research on inequality, criticized that “1000 dollars is too little for those who have lost their job and is not needed by those who have not lost it”. They called for the state to compensate companies and self-employed for their loss of income instead – under the condition that they would not lay off employees.

Former bank analyst and columnist Frances Coppola, who last year advocated the use of helicopter money in his book “People’s Quantitative Easing”, also strongly objected. “This is not the time for helicopter money,” she writes. To her, stimulating demand is not the answer. On the contrary. What seems necessary to her is enabling citizens and businesses to survive economically.

“Those who have lost their income due to the crisis need a sufficient income replacement”, she wrote on the website “OpenDemocracy”. And those who do not need the money would save their helicopter money or use it for activities that one does not want to encourage.

However, also European economists are calling for  breaking a taboo in order to finance measures against the economic crisis, which according to the prevailing opinion is likely to turn out to be worse than the last financial crisis. Some, such as the renowned Spanish economist and central bank consultant Jordi Gali, call their proposal also helicopter money, albeit in a very broad definition. “The time for helicopter money is here – for direct, non-repayable financing of the necessary fiscal transfers by the central bank,” he writes on the debate website “VoxEU.org”.

This should enable all euro area countries to partially compensate companies and citizens with non-repayable transfers to cover their loss of income, rather than just through loans. Restricting support to loans would only lead to prolonged over-indebtedness and later to a wave of bankruptcies.

In order to prevent governments from losing creditworthiness through a sharp rise in debt, violating debt rules, or forcing them into high interest refinancing on the bond markets, Gali called upon the ECB to go beyond purchasing large quantities of government bonds. Instead of indirectly lending to governments this way, the ECB should rather give the money to the governments straight away. This would take the form of the ECB crediting the governments with the necessary amounts in its respective central bank account.

In accounting terms, this would be done either by reducing the central bank’s equity capital or by creating a counterpart item on the asset side of the balance sheet. Such posts already exist in the opposite direction. For example, allocations of Special Drawing Rights form the International Monetary Fund to central banks were neutralized by such invented items on the balance sheet so that they did not result in profit distributions to governments. Special Drawing Rights are a special form of money for the settlement of payments between governments.

A group of 18 Portuguese economists made a similar claim on “VoxEU”. They want the ECB to refinance crisis measures by buying bonds from governments with maturities of 50 years or more and very low interest rates, preferably zero interest rates. Repayment should take place only with considerable delay and very gradually. Under this proposal, each government could issue such bonds according to its loss of revenue and additional spending due to the corona epidemic.

For Switzerland, two renowned economists, Hans Gersbach and Jan-Egbert Sturm from ETH Zurich, proposed something very similar. They suggested that the government set up a special fund of 100 billion francs for income compensation payments. The money should be received as a special distribution from the Swiss National Bank, which would dissolve its reserves accordingly.

In principle, this could also be an option for the central banks of the euro zone, which form the Eurosystem. In total, they hold reserves in the triple-digit billion range. Profit distributions have the advantage that courts can hardly classify them as prohibited monetary public financing, because it is undisputed that governments are the beneficiaries of the central bank’s profits.

Until now, all forms of “monetary public financing” have been a taboo among mainstream economists. The most important argument against it is that all dams against spendthrift government behavior would break if they could simply draw the money from the central bank. This would lead to a surplus of money and a sharp rise in inflation, it is alleged.

The power of the central banks

So far, the central banks have not implemented any of these proposals. One could argue that this is a political decision that governments and parliaments should take and that they can decide to do so at any time in the future. If they decided that the debt rules, which are ultimately the only problem, will no longer apply, the difference between the United States and Europe would largely disappear. Also in Europe it would become true that: the government bonds held by the central banks do not cost governments anything because the interest is paid out immediately. Quick side note: interest rates are currently close to zero or negative anyway.

However, this would only be part of the truth, because the ECB would remain in a very powerful decision, regardless of what the governments decide. If the ECB were to decide not to cooperate and not to replace expiring government bonds in their portfolio with purchases of new ones, governments would be forced to cut their budgets or to borrow money on the capital market. At high levels of debt and without the backing of the central bank, this could become prohibitively expensive very easily.

Translated by the author from the Geman version published May 7, 2020 with suport from DeepL.com translation software.