Michael Stephens | September 8, 2017 If you’re in the vicinity of New York City at the end of October, Levy scholars Randall Wray and Stephanie Kelton are taking part in a public meeting organized by the National Jobs for All Coalition. The meeting is part of a series of public events focused on the legacy of New Deal. Wray and Kelton will be participating in a panel on the job guarantee — “Political and Economic Prospects for...

END_OF_DOCUMENT_TOKEN_TO_BE_REPLACED

MINSKY AND MODERN MONEY THEORY: Was Minsky a “forefather”?

By L. Randall Wray A few weeks ago, a video of a lecture that Hyman Minsky gave at Westminster College on Oct 30, 1991 was made available. Although the Levy Institute has some audio of Minsky, this is the only video I know of. The audio of this one is not great, but you will get some flavor of his style. In truth, it was always a bit hard to follow his presentations as he had a tendency to lower his voice and mumble near the end of sentences as his mind raced ahead to the next point. He...

END_OF_DOCUMENT_TOKEN_TO_BE_REPLACED

Xmas Cheer: The Debt Is Not Our Biggest Problem 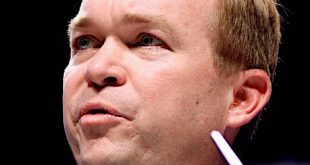 Why do so many pundits and politicians, including the future director of the Office of Management and Budget, beat the debt drum so loudly and so often? It’s one of the most effective, and most abused, wedge issues in American politics. by Kerry Pechter The nomination of Mick Mulvaney—deficit hawk, three-term Republican congressman from South Carolina and founding member of the House “Freedom Caucus”—to the cabinet-level directorship of the Office of Management and Budget is not good...

END_OF_DOCUMENT_TOKEN_TO_BE_REPLACED

Wray on Minsky on “Hopping Mad”

On Monday, 31 October 2016, Dr. L. Randall Wray was on the radio program and podcast, Hopping Mad with Will McLeod & Arliss Bunny. The focus of the interview was Wray’s newest book, Why Minsky Matters:  An Introduction to the Work of a Maverick Economist. The interview was more than an hour long so Wray was able to give lengthy answers without being pressured for time. Dr. Wray’s book, Why Minsky Matters can be found on the Princeton University Press website and on Amazon where it is is...

END_OF_DOCUMENT_TOKEN_TO_BE_REPLACED

WHY ARE WE GATHERED HERE? Remarks Made at the 13th International Post Keynesian Conference

L. Randall Wray The following text reproduces my notes for my talk on the final night of the conference; I think there is a video of the entire panel that will be posted up on the conference site later This conference is dedicated to the memory of Landon Rowland, a local Renaissance man. You have heard both Robert Skidelsky and Chancellor Leo Morton speak of his accomplishments. Over the years, Landon regularly invited Bill Black and me to lunch to discuss our view of the state of the...

END_OF_DOCUMENT_TOKEN_TO_BE_REPLACED

The Radical Imagination: Imagining Economics in an Age of Stein, Clinton, Trump or Johnson

NEP’s Randy Wray appears on The Radical Imagination with host Jim Vrettos. Topic of discussion is the science of economics and what a U.S. economy will look like under the administration of Stein, Clinton, Trump or Johnson. [embedded content] View directly on vimeo here. Share this:

END_OF_DOCUMENT_TOKEN_TO_BE_REPLACED

TRUMPBUSTERS: WHO YOU GONNA CALL?

Randall Wray, Bard College For months now, the Hillary campaign has vigorously argued that Bernie supporters have to fall in line to support the Democratic National Committee’s favorite candidate. Anyone not willing to jump to Hillary is a “Bernie Bro”—not willing to vote for anyone but Bernie. Why? Because, Trump. Forget the will of the people, the democratic process, or “voting one’s conscience”—Trump trumps all hesitation. We simply cannot afford to give Trump any chance of winning. We...

END_OF_DOCUMENT_TOKEN_TO_BE_REPLACED 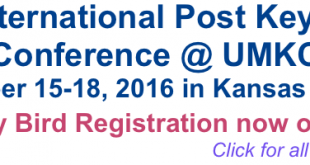