Home / Multiplier Effect / Xmas Cheer: The Debt Is Not Our Biggest Problem

Xmas Cheer: The Debt Is Not Our Biggest Problem

by
Michael Stephens
My articles My booksMy videos
Follow on:Twitter
Summary:
Why do so many pundits and politicians, including the future director of the Office of Management and Budget, beat the debt drum so loudly and so often? It’s one of the most effective, and most abused, wedge issues in American politics. by Kerry Pechter The nomination of Mick Mulvaney—deficit hawk, three-term Republican congressman from South Carolina and founding member of the House “Freedom Caucus”—to the cabinet-level directorship of the Office of Management and Budget is not good news for the financial system. Mulvaney has said (and perhaps even believes) that one of the “greatest dangers” we face as Americans is the annual budget deficit and the trillion national debt. This notion is an effective political weapon, but it’s dangerously untrue. If it were true, the country

run75441 writes Nineth Amendment of the Bill of Rights

T. Sabri Öncü writes To Loot or Not to Loot? How Public-Private Partnerships Harmed Turkey

Letter to Treasury Secretary Janet Yellen: In Support of a Price Cap on Russian Oil Exports

Otmar Issing Is Still Living in His Monetary Fantasy World

Why do so many pundits and politicians, including the future director of the Office of Management and Budget, beat the debt drum so loudly and so often? It’s one of the most effective, and most abused, wedge issues in American politics.

The nomination of Mick Mulvaney—deficit hawk, three-term Republican congressman from South Carolina and founding member of the House “Freedom Caucus”—to the cabinet-level directorship of the Office of Management and Budget is not good news for the financial system.

Mulvaney has said (and perhaps even believes) that one of the “greatest dangers” we face as Americans is the annual budget deficit and the $20 trillion national debt. This notion is an effective political weapon, but it’s dangerously untrue. If it were true, the country would have failed long ago. 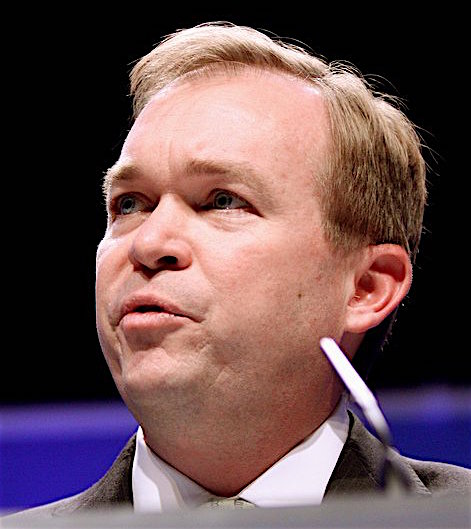 Debunking this canard should be a priority for anybody who cares about retirement security. As long as we believe in the debt bogeyman, we can’t productively solve the Social Security and Medicare funding problems, defend the tax expenditure for retirement savings, or even create a non-deflationary annual federal budget. Everything will look unaffordable.

If you don’t believe me, believe Alexander Hamilton. In 1790, the new nation was awash in government IOUs but had little cash or coinage for daily commerce. Hamilton, the impetuous future Broadway subject, resolved the crisis with a simple argument. He reminded his fellow founders that debts are also assets, and that the most secure assets are those that yield a guaranteed income stream from a sovereign government with the power to tax.

At the time, according to Hamilton’s “First Report on the Public Credit,” the U.S. debt in 1790 stood at $54.1 million and change. In that document, the first Treasury Secretary laid out his plan—over the protests of deficit hawks—to restore the debt’s face value, secure the new nation’s credit rating, and put new money into circulation through interest payments on the debt, with revenue from taxes on imports. 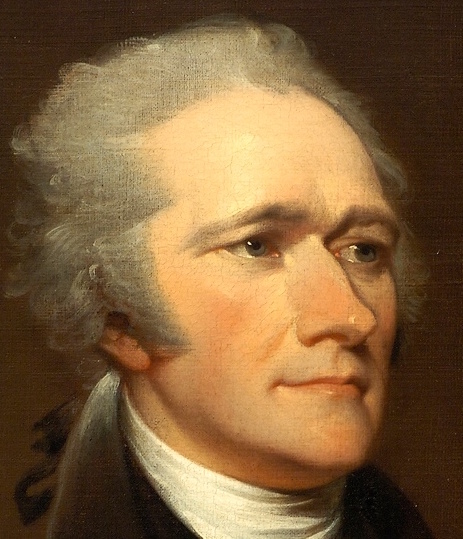 The plan worked. With its par value established, U.S. debt became—and still is—the basis of the nation’s money supply. “In countries in which the national debt is properly funded, and an object of established confidence, it answers most of the purposes of money,” Hamilton wrote. “Transfers of stock or public debt are there equivalent to payments in specie; or, in other words, stock, in the principal transactions of business, passes current as specie.”

Not a burden on our backs

Since then, during times of doubt, others have re-explained all this. In 1984, many people were panicking that the federal budget deficit had reached $185 billion. That July, economic historian Robert Heilbroner, author of The Worldly Philosophers, explained in a New Yorker essay that their fear was based on a misconception.

“The public’s concerns about the debt and the deficit arises from our tendency to picture both in terms of a household’s finances,” Heilbroner wrote. “We see the government as a very large family and we all feel that the direction in which these deficits are driving us is one of household bankruptcy on a globe-shaking scale.”

That’s not so, he explained. The government is more like a bank, which lends by creating brand new liabilities. (You can also think of it as the cashier at a casino, who has an infinite number of chips at her disposal.) “As part of its function in the economy, the government usually runs deficits—not like a household experiencing a pinch but as a kind of national banking operation that adds to the flow of income that government siphons into households and businesses,” he wrote. “The debt is not a vast burden borne on the backs of our citizenry but a varied portfolio of Treasury and other federal obligations, most of them held by American households and institutions, which consider them the safest and surest of their investments.”

Over the past 30 years, however, as the national debt has become a political football, this common-sense explanation of it has been suppressed. You hardly ever hear it articulated. It is kept alive mainly by “heterodox economists” like Stephanie Kelton and L. Randall Wray.

In the 2015 edition of his book, Modern Money Theory: A Primer on Macroeconomics for Sovereign Monetary Systems, Wray explained the flaw in the idea that the deficit, the debt or the interest on the debt will eventually overwhelm us. It’s the kind of straight-line forecasting, he wrote, that ignores self-limiting factors or feedback mechanisms.

“If we are dealing with sovereign budget deficits we must first understand WHAT is not sustainable, and what is,” Wray wrote. “That requires that we need to do sensible exercises. The one that the deficit hysterians propose is not sensible.” He uses the analogy of Morgan Spurlock, the maker of the 2004 documentary Supersize Me, to illustrate his point.

In the movie, Spurlock wanted to discover the effects of consuming 5,000 calories worth of food at McDonald’s every day. Wray pointed out that, if you ignored certain facts about human metabolism, the 200-lb Spurlock would inevitably weigh 565 pounds after a year, 36,700 pounds after 100 years and 36.7 million pounds after 100,000 years. Of course, that can’t happen. 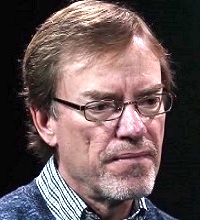 “The trick used by deficit warriors is similar but with the inputs and outputs reversed,” according to Wray. “Rather than caloric inputs, we have GDP growth as the input; rather than burning calories, we pay interest; and rather than weight gain as the output we have budget deficits accumulating to government debt outstanding.

“To rig the little model to ensure it is not sustainable, all we have to do is to set the interest rate higher than the growth rate – just as we had Morgan’s caloric input at 5,000 calories and his burn rate at only 2,000 – and this will ensure that the debt ratio grows unsustainably (just as we ensured that Morgan’s waistline grew without limit).”

To enlarge the frame, we should include the whole “financial position” of the United States. According to Wikipedia, it “includes assets of at least $269.6 trillion and debts of $145.8 trillion. The current net worth of the U.S. in the first quarter of 2014 was an estimated $123.8 trillion.” In that context, neither the deficit nor the debt seem like terrible threats.

If you’re bent on making the math look scary, you can easily do it. As Wray noted above, “If the interest rate [i.e., costs] is above the growth rate [i.e., revenues], we get a rising debt ratio. If we carry this through eternity, that ratio gets big. Really big. OK, that sounds bad. And it is. Remember, that is a big part of the reason that the global financial crisis (GFC) hit: an over-indebted private sector whose income did not grow fast enough to keep up with interest payments.”

But the government doesn’t face the same constraints as the private sector (which is why it could bail out the private sector in 2008-2010). Once you recognize that U.S. assets are huge, that U.S. debts are also private wealth, and that the debt needs to be serviced but never zeroed out, then today’s debt shrinks into the manageable problem that it is and not a source of panic. (Paying down the national debt—in effect, deleveraging the government—would be disastrously deflationary; that’s a topic for another article.)

So why do so many pundits and politicians, including the future director of the Office of Management and Budget, beat the debt drum so loudly and so often? The answer is obvious. It provides an evergreen reason to delegitimize any and every type of government spending, regulation and taxation. It’s one of the most effective, and most abused, wedge issues in American politics.

Kerry Pechter is the founder and editor of the Retirement Income Journal. Reprinted with permission.

My articlesMy books
Follow on:Twitter
Previous “Stimulus” Isn’t the Best Reason to Support (or Oppose) Infrastructure Spending
Next Economism and the Future of the Democratic Party

The return of machismo