Home / Yanis Varoufakis: Thoughts for the Post-2008 World / The Eurogroup fails Europe once again. Brace for a hideous EU recession

The Eurogroup fails Europe once again. Brace for a hideous EU recession

by
Yanis Varoufakis
My articles My siteMy booksAbout me
Follow on:Twitter
Summary:
The Eurogroup met yesterday, Monday 16th March, to hammer out its coordinated fiscal response to the massive recession already in progress following the lockdown of much of Europe’s society. The task they faced is enormous: If sales, tourism, services etc. fall by 50% for just one month (which is certain), and then by 25% for only two more months (i.e. the best-case scenario), then annual growth will be -10%. Across Europe! So, what was the Eurogroup’s duty to announce? An immediate massive fiscal boost, its purpose being to reassure people that they will not be poorer. E.g. the government of Hong Kong that ploughed billion immediately into the economy by ordering the tax office to credit every household’s


Yanis Varoufakis writes What should the EU do NOW: DiEM25’s 3-Point Plan for averting a Covid-19 Depression

Yanis Varoufakis writes Last night Julian Assange called me. Here is what we talked about

Yanis Varoufakis writes How deep will the Depression occasioned by Covid-19 be? Debate on BBC World Service’s THE REAL STORY

What should the EU do NOW: DiEM25’s 3-Point Plan for averting a Covid-19 Depression 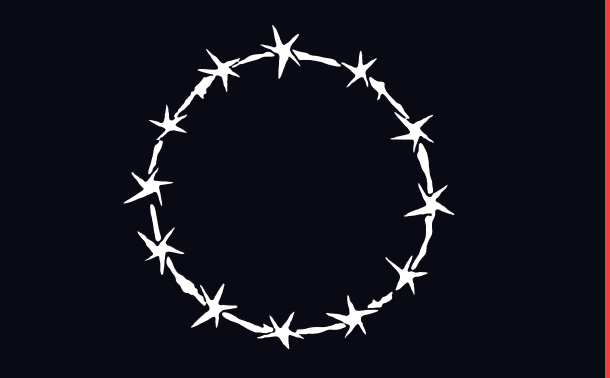 The Eurogroup met yesterday, Monday 16th March, to hammer out its coordinated fiscal response to the massive recession already in progress following the lockdown of much of Europe’s society. The task they faced is enormous: If sales, tourism, services etc. fall by 50% for just one month (which is certain), and then by 25% for only two more months (i.e. the best-case scenario), then annual growth will be -10%. Across Europe!

So, what was the Eurogroup’s duty to announce? An immediate massive fiscal boost, its purpose being to reassure people that they will not be poorer. E.g. the government of Hong Kong that ploughed $10 billion immediately into the economy by ordering the tax office to credit every household’s bank account with $1250 immediately.

Not expecting such swift action from the Eurogroup, the fact remains that nothing short of a 5% fiscal injection was needed to reduce the calamity from -10% of GDP to, say, -3% (assuming a very large multiplier effect).

So, what did the Eurogroup decide?

Here is their official communique, announcing some impressive numbers. Commentators spoke of a bazooka aimed at the recession. In reality, the bazooka was a pathetic water pistol. Once again, the Eurogroup proved itself to be, not just dysfunctional, but a clear and present danger for Europeans.

WANT TO KNOW HOW THE EUROGROUP DECIDES? CLICK HERE TO LISTEN TO EUROLEAKS

The first thing to note is what they did not do. As everyone knows, eurozone governments live in the straitjacket of the so-called fiscal compact that allows next to zero room for fiscal expansion. This fiscal compact does, however, contain a clause that can be activated in times of emergency that released, temporarily, governments and allows them to throw money at an unexpected crisis. Before yesterday’s meeting, almost everyone expected the Eurogroup to announce the triggering of this clause. THEY DID NOT!

What they did do was to announce two things:  First, a bevy of loans for the private sector. Secondly, they referred to the utilisation of the so-called automatic stabilisers and also on unspecified measures of 1% of GDP. Let’s take these two separately:

Before losing ourselves in the detail of this €430 billions of potential loans, it is crucial that we stick to the important point: Loans are useless when the problem is, not illiquidity but, insolvency. It is a pointless gift to lend money to a firm whose customers have disappeared and which know that, when the customers return, it will be next to impossible to repay the new and old debts. What companies need now is either the government to act as a buyer of last resort or a haircut of their liabilities – not new loans.

Looking now at the particulars, the EIB loans are a drop in the ocean. Moreover, they fail the speed test, as anyone who has had to apply to the EIB loan knows. As for the ESM, this would be a joke if the situation were not so serious. Why a joke? Because any loan by the ESM comes with so-called ‘conditionalities’. What are these? The government receiving it will need to sign an MoU (like Greece did in 2010) that involves massive future austerity and, thus, become even more of a vasal state of Brussels. Can anyone seriously see the Italian government signing up to its own decapitation by signing such an MoU?

TAX DEFERMENTS plus a 1% of GDP FISCAL ADJUSTMENT

The headline number that newspapers today lead with is a 1% of EU GDP fiscal measures. But when we look at these measures, we find that they lack any detail. The only tangible thing they mention is tax deferments: letting businesses and households not pay VAT and other taxes until the end of the year. But this is also, like the loans to business, a failed policy. Even when the lockdown ends, and business-as-almost-usual returns, Europeans will not earn enough to pay belatedly the deferred taxes plus the new ones. Especially given that many businesses and jobs will have disappeared by then.

In short, Europeans needed a tax haircut. Instead they got a deferment, a kind of state loan by which to repay their taxes later. Yet more spectacular proof that the Eurogroup has not learned its lesson from the 2010 euro crisis: Loans to the bankrupt do not help!

DiEM25’s answer to: What should they have done?

At the very least, the Eurogroup should have recommended to the European Council that the European Investment Bank is given the green light to issue EIB bonds worth €600 billion with the stipulation that, as part of its ongoing and recently enhanced quantitative easing program, the European Central Bank will support the value of these bonds in the bond markets. That €600 billion should be spent directly to support national health services and also be invested in sectors of the economy badly hit by the lockdown – while also nudging our economy toward greener forms of transport, energy generation etc. Additionally, the fiscal compact should be immediately side-lined and governments should effect a tax haircut for small and medium sized firms, households etc.

The above would probably be enough not to avert but to contain the recession to something like between -1% and -2% of GDP. To avert it completely, the Eurogroup should have decided to mimic Hong Kong and have the European Central Bank mint an emergency fund from which every European household is given between €1000 and €2000.

Those of us who know how the Eurogroup works were not holding much hope yesterday. Nevertheless, Europe’s finance ministers managed to do even less than what we feared: They failed to use the fiscal compact’s proviso for loosening up fiscal policy across the euro area. They continued with the tragic error of treating a crisis of insolvency as a crisis of liquidity. And they failed to recognise that some countries, in particular those savaged by the never-ending euro crisis, need a great deal more support than others.

In short, the Eurogroup’s bazooka is no more than a pathetic waterpistol. It is time that Europeans pushed for something better than this. It is time that we organise at a transnational, paneuropean level to replace this instrument of austerity-driven recession, the Eurogroup, with an institution that can work for a majority of Europeans everywhere.

The Eurogroup communique referred to the “full use of automatic stabilisers”. What did they mean?

Here is an example of an ‘automatic stabiliser’: When people lose their job, they go on unemployment benefit. This means a transfer of money from the better off to the worse off. As the worse off, who are now unemployed, save nothing and, therefore, more of the money of the better off enters the markets. That’s what economists refer to as an ‘automatic stabiliser’ (‘automatic’ because no government decision was needed to activate it – the loss of jobs does it automatically | and ‘stabiliser’ because the higher portion of spending relative to savings boosts GDP ).

Can you see dear reader what the Eurogroup are really saying when confessing to relying to the ‘automatic stabilisers’ in the absence of concerted fiscal expansion? They are saying: Don’t worry folks. While it is true we, the finance ministers, are doing almost nothing to avert the disaster, when the disaster comes your job losses and poverty will trigger some automatic mechanism that will break the economy’s fall. A little like consoling the victims of the plague with their thought that their death will, through shrinking the labour supply, boost future wages…

An accidental economist Let me begin with a confession: I am a Professor of Economics who has never really trained as an economist. But let’s take things one at a time.
My articlesMy siteMy booksAbout me
Follow on:Twitter
Previous On the lethal interaction between the coronavirus contraction & global capitalism’s never-ending post-2008 crisis – VIDEO
Next Γιατί απαιτούνται άμεσα δημοσιονομικά μέτρα χωρίς διαπραγμάτευση με το Eurogroup – Συνέντευξη τύπου για το μάθημα των Euroleaks