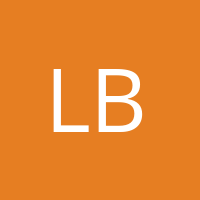 by
Linda Beale
My articles My books
Follow on:Twitter
Summary:
The Utterly Terrible GOP Tax “Reform” Scam The Republicans in the House and Senate continue on their downhill rush to pass their so-called “tax reform” plan before the holiday break.  It’s a mad rush to nowhere, a corrupt process of “please the oligarch” that will cause a huge deficit increase (on the scale of to .5 TRILLION over ten years) and be used by the Ryan, McConnell and Trump cadre of liars to justify a domino effect of Medicare, Medicaid, and Social Security cuts.  It is class warfare of the one percent against everyone else.  And it is being sold to the American people with a litany of falsehoods. Almost all the provisions in the bill are designed to be generous to the ultra wealthy and stingy to the middle class and poor. Corporations

The 2020 Presidential election forecast from State polling: a Biden tsunami threatens to swamp the GOP Senate

Frederick Douglass’s oration on the 4th of July (abridged)

The Republicans in the House and Senate continue on their downhill rush to pass their so-called “tax reform” plan before the holiday break.  It’s a mad rush to nowhere, a corrupt process of “please the oligarch” that will cause a huge deficit increase (on the scale of $1 to $1.5 TRILLION over ten years) and be used by the Ryan, McConnell and Trump cadre of liars to justify a domino effect of Medicare, Medicaid, and Social Security cuts.  It is class warfare of the one percent against everyone else.  And it is being sold to the American people with a litany of falsehoods.

Almost all the provisions in the bill are designed to be generous to the ultra wealthy and stingy to the middle class and poor.

Corporations and their owners and managers–among the wealthiest people in the country–get the only permanent tax breaks.  It’s done in the name of competitiveness, but that’s bunk.  It essentially encourages corporations to continue to move profits out of the US because foreign profits are taxed at zero while US profits are taxed at 20%.  It pretends that the multiple tax breaks for big corporations are necessary (under disproven trickle-down and supply-side theories) to lead to more investment in business in the US and to more jobs and higher pay for workers.  But in fact corporations are enjoying record profits under current law and they aren’t using those record profits to pay their workers more or to create more jobs or even necessarily to invest in the US.  Mostly they are just doing share buybacks for shareholders (ie, owners/managers and other

shareholders) that include the  wealthiest people who own the most corporate stock.  That’s because it is demand, not capital, that determines what business expansion is needed and results in labor shortages that give workers leverage to demand more pay.  Tax cuts for corporations just add to the already existing capital glut.

The estate tax cut (elimination in the House bill; doubling the exemption to levels that only the very few multi-billionaires will pay any at all in the Senate) ensures that the wealthy will pay almost no tax at all.  They borrow against their wealth while alive.  Their estates pay no tax on the accumulated wealth when they die.  Their children inherit with a “step up” in basis so they get a huge windfall.  And their children can pay off the parents’ debt by selling a few items (because of the basis step-up, with no taxes either) and live on their windfall without ever lifting a finger to do any real work.

Individual workers really lose out in these bills.  Under the House bill, the rate on the lowest wage earners is INCREASED 20%–from 10% to 12%.  And all of the ‘tax cuts’ for ordinary taxpayers sunset after a few years, while the corporate cuts are permanent.  Shows where the GOP loyalties lie–not to the worker base that put them in office, but to the wealthy oligarchs like the Koch Brothers who donate to the GOP political campaign chests.

The pass-through provisions (a 23% “deduction” from income before tax is one version)–along with the ability of businesses but not individuals to deduct state and local taxes–are a great boon for wealthy owners of real estate partnership interests, like the Trump family.  But they make no sense at all.  The more different kinds of income categories that are created with different rates, the more you empower the wealthy to gamesmanship with the tax system.  That’s what this legislation does in spades.

And after the American people spoke up in Town Hall after Town Hall that they wanted the Affordable Care Act health insurance system protected, the Senate’s version of the so-called “tax reform” bill (developed in utter secrecy by Republicans bargaining with Republicans as though nobody else counts) eliminates the individual health insurance mandate (and accompanying penalty).  Without that, the entire idea of affordable insurance through government-operated exchanges fails, because the only people on those exchanges will be those who are sick enough or old enough or vulnerable enough to realize that they will need health insurance soon.  Insurance works by diversification of risk–that’s why the Republican insurance plan in Massachusetts, the model for Obamacare, called for an individual mandate and penalty.  Without that core feature, the exchanges can’t work because the risk isn’t sufficiently diversified.  The Republicans who are trying to gut Obamacare know that, and apparently they don’t care that this particular “tax cut” will in fact cost more than 8 million Americans the possibility of having affordable health care, likely leading to early deaths for a large number of that group.  They don’t care, I guess, because “those people” are less likely to be wealthy and less likely to vote Republican.  If you are so blinded by partisan fealty that you no longer care about legislating for the good of the nation, you descend to the garbage dump level of this Republican tax bill.

Of course, the elimination of the individual tax cuts, the expansion of the real-estate-industry favorable tax cuts, the inclusion of what can only be called a ‘mock’ provision to deal with carried interest (it doesn’t), the elimination of the medical expense deduction (in the House bill) that will leave the disabled, the injured, and the elderly in dire straits, the decimation of the casualty loss provision that helps ordinary people recover from natural disasters, the huge cutback to the state and local tax deduction for individuals (while continuing to allow it for all businesses)–all these provisions prove that Republicans don’t care a fig about ordinary people.  We won’t be spending money on basic scientific research (needed to be competitive in a global marketplace and needed to save lives from cancer and other diseases).  We won’t be spending money on infrastructure (needed to have safe roads, trains, airports. etc).  We won’t be spending money on  education (other than Betsy DeVos’s favored religious charter schools that teach falsehoods on a daily basis).  We won’t be creating a sustainable economy that serves all of our citizens.

Oh, but we will be decimating the environment, as Trump’s lineup of industry trolls continues to reduce wilderness areas, as Lisa Murkowski sells her tax and healthcare vote to get to open pristine and irreplaceable Arctic wildlife refuge to the oil and gas fossils that have grown obese off 200 years of government subsidies (see The tax bill is bringing drilling in the Arctic National Wildlife Refuge closer than ever, Vox.com (Nov. 28, 2017)), as Zinke reduces FOR THE FIRST TIME EVER national monuments set aside by other presidents so that those obese coal and oil and gas guys can get even wealthier (see Zinke backs shrinking more national monuments and shifting management of 10, Washington Post (Dec. 5, 2017)), as Pruitt ensures that nobody at the EPA does anything to protect the air, water and land from industry pollution, see Goodby science, hello industry, LA Times editorial board (Nov. 6, 2017). …..

The passage of a tax bill that will create an additional one-to one-point-five trillion-dollar deficit is proof that the Republicans don’t care if they destroy this country in their effort to return to the Gilded Age of the past (or, in Roy Moore’s definition of the time that America was great, the slavery era when (white) families stayed together and were able to sell black babies away from their black mothers (or half white babies away from their raped black mothers)).

What is the Republican response to the deficit and mal-distribution problems created by such a huge tax cut for the already wealthy?

1) The tax cut will pay for itself.  This is trickle-down gobbledy-gook.  The vast majority of economists and tax experts are quite clear that this is simply not a supportable claim.  It’s pie-in-the-sky ideology with no basis in fact when there have been a number of attempts to find such a basis.  It wasn’t true for Reagan, back in an economy for which tax cuts held much more promise of economic stimulus than they do for our current situation.  The Kansas experiment shows this trickle-down reasoning is without foundation. Russell Berman, You Better Learn Our Lesson: Kansas Republicans say they are worried that Congress and the Trump administration will repeat the mistake they made in enacting budget-busting tax cuts, The Atlantic (Oct. 11, 2017).  But Treasury has now put out a one-page analysis–compared to the careful, extensive, fact-based analyses usually prepared to support well-researched tax proposals–saying that the GOP plan would produce record growth and that growth would pay for the tax cuts.  See Alan Rappeport and Jim Tankersley, Treasury Defends Tax Plan Cost with One-Page Analysis (Dec. 11, 2017).  Event the speculative Treasury ‘defense’ assumes away half of the deficit with legislative cuts that aren’t even on paper yet.  It’s pure fiction.

2) Medicare, Social Security, Medicaid (the “entitlement” programs) will have to be cut to make up for any deficits.  That, of course, is the underlying plan. See Jeff Stein, Ryan says Republicans to target welfare, Medicare, Medicaid spending in 2018, New York Times (Dec. 5, 2017).  Create a deficit and use it to ‘starve the government’ to justify cutting any programs that don’t serve the oligarchs.  Most of that minority of people who voted Trump into the presidency (assuming there wasn’t a good bit of ballot falsification, which I think went on in Detroit to not count everyone’s ballot) will suffer from this–they depend on Social Security when they retire and on Medicaid when they become incapacitated in their old age and need nursing home or assisted living care.  Under the Republicans, we’ll return to the “good old days” of the Great Depression when old folks became homeless and the government didn’t have to bother with caring about the vulnerable.

We all should be hitting the phones and telling every GOP member of Congress that they are not there to protect their wealthy donors: they are there to protect us and ensure that the economy is sustainable and viable for all of us.  This tax legislation stinks. Tell Congress to ditch it in the sewers where it belongs.

My articlesMy books
Follow on:Twitter
Previous Hope Lives: Pressing Collins and Corker and Flake on Tax Bill
Next The Ugly Picture of US Wage Growth