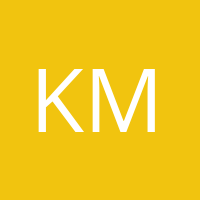 by
Ken Melvin
My articles My books
Follow on:
Summary:
Slavery, never gone, had been given new life in Europe with slaves from Africa; first by Portuguese Traders in the 15th Century, then by the Spanish in the 16th. The bubonic plague of the 14th Century had wiped out one-third of Europe’s population; Europe needed laborers. Slavery was widely practiced on the continent and in the colonies until the 19th Century. Sharecropping, but another form of Western European feudalism dug up after having been buried for some 400 years, was brought over and resurrected in the postbellum south. It all seems somehow lacking in imagination, doesn’t it? More greedy-grubby than creative. Even the Peonage of the postbellum south was borrowed from the Spanish who borrowed it from Eastern Europe. Though outlawed in 1867, Peonage

A New Agenda for Postal Reform

Slavery, never gone, had been given new life in Europe with slaves from Africa; first by Portuguese Traders in the 15th Century, then by the Spanish in the 16th. The bubonic plague of the 14th Century had wiped out one-third of Europe’s population; Europe needed laborers. Slavery was widely practiced on the continent and in the colonies until the 19th Century. Sharecropping, but another form of Western European feudalism dug up after having been buried for some 400 years, was brought over and resurrected in the postbellum south. It all seems somehow lacking in imagination, doesn’t it? More greedy-grubby than creative. Even the Peonage of the postbellum south was borrowed from the Spanish who borrowed it from Eastern Europe. Though outlawed in 1867, Peonage is still practiced in the American south today.

The rationalization for these heinous acts? Something along the lines that it was OK to enslave or indenture someone as long that someone was somehow different from yourself. After all, god made us in his image and they were different from us so that made them different from god, too. Lo god! Could we get your thoughts on multiracial share-cropping?

They’re doing it again. That’s they’re, as in it’s the same 17th Century mindset cast of characters; instead of fading away with progress, they’ve grown with regression. And, it as in feudalism as in enslavement, indenturing. This time, they are not calling themselves Lords, or Planters/plantation owners; at least not in public. This time they don’t manor. don’t plant, don’t own the plants; … don’t hire the workers. Don’t really do anything. They do have almost all of the wealth. They do employ (endow) syphilitic sycophant* fronts groups such as Conservatives, Libertarians, and The Federalists Society. They are the very We of Entitle. After all, more than four centuries have passed. It was time to change something; even if it was only names and titles. It is still much the same menu. They not only didn’t move forward with the times; they have managed to take the Nation backward in time.

As with most endeavors of this nature, patience was key. First it was that whole postbellum thing, then the socialist unions, the New Deal, Social Security, Civil Rights, Medicare, …; any and all of which would have brought any of lesser entitle down. Patience, Patience. And this Democracy? Trust the people? Who ever heard of such a goofy idea? The sooner shed the better. Put their Libertarians and Federalist Society on it, they did. During all those hard years, it was just one thing after another, couldn’t get off the ropes. Ah but, with time and money; wealth and power would once again put the masses back in their places. From being on the ropes to having them on the ropes in just 55 years; that’s not bad. This time, America didn’t need laborers; had more than they needed. Advantage wealth. Today, more than half America’s workforce pay most of their wages in rent to the We of Entitle, have no health insurance, no savings, … If they dare complain, they’ll have even less. Working for the man, or the stock market, or the —- . It is what it is, folks. Is this better than share cropping? Depends on who you are asking. For sure, the We of Entitle think that they are finally getting things back into proper order. Giving wealth its proper due.

Giving credit where credit is due, mid-twentieth, the We of Entitle saw the changing demographics and economics and said to themselves, and to each other, this democracy thing has to go; these days, they’ve come to allowing their sycophants to say so publicly. For years now, operating from behind and through their Conservatives, Libertarians, and Federalists Society fronts, they have been lining up their ducks. Using the Fourth Estate, and cash to gain control of the First and Second Estates; using the Fourth Estate along with pandering for control of the Third. Oh, that’s the Four Estates of today, by the way. There has been a realignment; after all this is the Twenty-First Century. In America: The First Estate is now the Courts. The Second Estate is now the Senate, another front for the We of Entitle. The Third Estate now includes both the Commoners and the much diminished Church all mixed together. The Fourth Estate, now inclusively, is the Media.

Turns out, control of the Courts, the now First Estate, comes by way of gaining control of the Senate, the now Second Estate. These days, Senators are a dime a dozen (especially if from a small former slave state and republican since these are of a soulless lot to begin with); even come pre-labelled Christian and Conservatives, Libertarians, etc. At only two per state, Senators from states with low population give you a really big bang for the buck. Joni Ernst of Iowa got the Koch Bros’ help without even asking. Today, it is whichever political party that controls the Senate that controls who sits on the Courts. The We of Entitle got their present Senate Majority for about forty-cents on the dollar. This is not to say that religion doesn’t play a role; it can, it does indeed via that other bastion of Democracy, the Electoral College.

The now Third Estate, is the Commoners and Church all mixed together. The Commoners, having a known propensity for wanting something to believe in, can easily be controlled via the Fourth Estate, and, indirectly, by their Church of choice. The Church, ever the dispenser of beliefs, will usually sell out for the right price; that price usually being its soul in exchange for the right to impose its beliefs on others. As for co-opting the all too representative House of Representatives, the People’s, the Commoners’, house? Glad to take the money, always, but, given the large number of districts and all, the House doesn’t give near the bang for the buck as the Senate.

The Fourth Estate Media can be controlled directly by outright purchase, indirectly by controlling their income stream through the purchase of ads, by stroking egos, by trolls, by bots, … , or by a substantial donation.

From shaman to priest to Supreme Court Justice; from chiefs to monarchs and lords to Senators; from commoner to commoner – alas, somethings never change. And, alas and alack, seems the court can be as corrupt, as easily co-opted, as was its predecessor, the church. They also share the problem of different interpretations of the scriptures, er laws. With the both, it was always about what someone said the text said. So, just as with popes and bishops, the choosing of justices is of supreme importance.

Bush v. Gore, Citizens United v. FEC, Shelby v. Holder, and Rucho v. Common Cause are examples of what happens when the Court doesn’t believe in Democracy. Trump and McConnell are examples of what happens when Democracy is subverted; subversion abetted by the Court. Below living wage wages are a consequence of unfettered wealth. The disastrous Pandemic toll and response to Climate Change are examples of what happens when leadership and the people don’t believe in science; leadership a consequence of the We of Entitle ownership of Government abetted by a Supreme Court with a very non-representative majority. A judge who can’t distinguish between belief and the law, believes in neither science nor democracy, apparently isn’t smart enough to change her mind, is in process of approval to join a like minded majority of non-representative justices on the The United States Supreme Court for life because a few very powerful interests wanted it to be so. It’s only 2020.

My articlesMy books
Follow on:
Previous Jobless claims: only one week’s data, but cause for significant concern
Next Christie, never forget