Home / Real-World Economics Review / Economics of poverty, or the poverty of economics

Economics of poverty, or the poverty of economics

by
David F. Ruccio
My articles My siteMy booksAbout me
Follow on:Twitter
Summary:
From David Ruccio Yesterday, the winners of the 2019 winners of the so-called Nobel Prize in Economics were announced. Abhijit Banerjee, Esther Duflo, and Michael Kremer were recognized for improving “our ability to fight global poverty” and for transforming development economics into “a flourishing field of research” through their experiment-based approach. The Royal Swedish Academy of Sciences declared: This year’s Laureates have introduced a new approach to obtaining reliable answers about the best ways to fight global poverty. In brief, it involves dividing this issue into smaller, more manageable, questions–for example, the most effective interventions for improving educational outcomes or child health. They have shown that these smaller, more precise, questions are often best


Lars Syll writes Leontief and the sorry state of economics

Yesterday, the winners of the 2019 winners of the so-called Nobel Prize in Economics were announced. Abhijit Banerjee, Esther Duflo, and Michael Kremer were recognized for improving “our ability to fight global poverty” and for transforming development economics into “a flourishing field of research” through their experiment-based approach.

This year’s Laureates have introduced a new approach to obtaining reliable answers about the best ways to fight global poverty. In brief, it involves dividing this issue into smaller, more manageable, questions–for example, the most effective interventions for improving educational outcomes or child health. They have shown that these smaller, more precise, questions are often best answered via carefully designed experiments among the people who are most affected.

As every year, mainstream economists lined up to laud the choice. Dani Rodrik declared it “a richly deserved recognition.” Richard Thaler, who won the award in 2017 (here’s a link to my analysis), extended his congratulations to the Banerjee, Duflo, and Kremer and to the committee “for making a prize that seemed inevitable happen sooner rather than later.” While Paul Krugman, the 2008 Nobel laureate, refers to it as “a very heartening prize—evidence-based economics with a real social purpose.”

Nothing new there. To a one, mainstream economists always use the occasion of the Nobel Prize to applaud themselves and their shared approach to economic and social analysis—a celebration of private property, free markets, and individual incentives.

What is novel this time around is that the winners include the first woman economist to win the prize (Duflo) and only the third non-white economist (Banerjee).*

But what about the content of their work? I’ve discussed the work of Duflo and Banerjee on numerous occasions on this blog (e.g., here, here, and here).

As it turns out, I’ve written a longer commentary on the “new development economics” as part of a symposium on my book Development and Globalization: A Marxian Class Analysis, which is forthcoming in the journal Rethinking Marxism.

I begin by noting that idea of Banerjee, Duflo, Kremer and the other new development economists is that asking “big questions” (e.g., about whether or not foreign aid works) is less important than the narrower ones concerning which particular development projects should be funded and how such projects should be organized. For this, they propose field experiments and randomized control trials—to design development projects such that people can be “nudged,” with the appropriate incentives, to move to the kinds of behaviors and outcomes presupposed within mainstream economic theory.

Here we are, then, in the aftermath of the Second Great Depression—in the uneven recovery from capitalism’s most severe set of crises since the great depression of the 1930s and, at the same time, a blossoming of interest in and discussion of socialism—and the best mainstream economists have to offer is a combination of big data, field experiments, and random trials. How is that an adequate response to grotesque and still-rising levels of economic inequality (as shown, e.g., by the World Inequality Lab), precarious employment for hundreds of millions of new and older workers (which has been demonstrated by the International Labour Organization), half a billion people projected to still be struggling to survive below the extreme-poverty line by 2030 (according to the World Bank), and the wage share falling in many countries (which even the International Monetary Fund acknowledges) as most of the world’s population are forced to have the freedom to sell their ability to work to a relatively small group of employers for stagnant or falling wages? Or, for that matter, to the reawakening of the rich socialist tradition, both as a critique of capitalism and as a way of imagining and enacting alternative economic and social institutions.

I go on to raise three critical issues concerning the kind of development economics that has been recognized by this year’s Nobel prize. First, the presumption that analytical techniques are neutral and the facts alone can adjudicate the debate between which development projects are successful and which are not is informed by an epistemological essentialism—in particular, a naïve empiricism—that many of us thought to have been effectively challenged and ultimately superseded within contemporary economic and social theory. Clearly, mainstream development economists ignore or reject the idea that different theories have, as both condition and consequence, different techniques of analysis and different sets of facts.

The second point is that class is missing from any of the analytical and policy-related work that is being conducted by mainstream development economists today. At least as a concept that is explicitly discussed and utilized in their research. One might argue that class is lurking in the background—a specter that haunts every attempt to “understand how poor people make decisions,” to design effective anti-poverty programs, to help workers acquire better skills so that they can be rewarded with higher wages, and so on. They are the classes that have been disciplined and punished by the existing set of economic and social institutions, and the worry of course is those institutions have lost their legitimacy precisely because of their uneven class implications. Class tensions may thus be simmering under the surface but that’s different from being overtly discussed and deployed—both theoretically and empirically—to make sense of the ravages of contemporary capitalism. That step remains beyond mainstream development economics.

The third problem is that the new development economists, like their colleagues in other areas of mainstream economics, take as given and homogeneous the subjectivity of both economists and economic agents. Economists (whether their mindset is that of the theoretician, engineer, or plumber) are seen as disinterested experts who consider the “economic problem” (of the “immense accumulation of commodities” by individuals and nations) as a transhistorical and transcultural phenomenon, and whose role is to tell policymakers and poor and working people what projects will and not reach the stated goal. Economic agents, the objects of economic theory and policy, are considered to be rational decision-makers who are attempting (via their saving and spending decisions, their participation in labor markets, and much else) to obtain as many goods and services as possible. Importantly, neither economists nor agents are understood to be constituted—in multiple and changing ways—by the various and contending theories that together comprise the arena of economic discourse.

The Nobel committee has recognized the work of Banerjee, Duflo, and Kremer as already having “helped to alleviate global poverty.” My own view is that it demonstrates, once again, the poverty of mainstream economics.

*The only other woman, in the 50-year history of the Nobel Prize in Economics, was Elinor Ostrom (2009), a political scientist; the other non-white winners were Sir Arthur Lewis (1979) and Amartya Sen (1998). 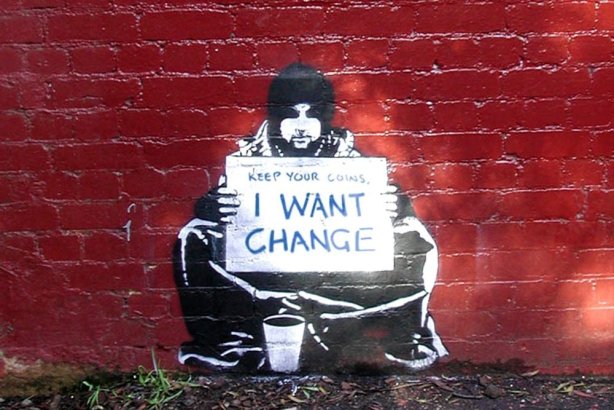 I am now Professor of Economics “at large” as well as a member of the Higgins Labor Studies Program and Faculty Fellow of the Joan B. Kroc Institute for International Peace Studies. I was the editor of the journal Rethinking Marxism from 1997 to 2009. My Notre Dame page contains more information. Here is the link to my Twitter page.
My articlesMy siteMy booksAbout me
Follow on:Twitter
Previous The limits of extrapolation in economics
Next Some constructive remarks on Wray’s “Alternative paths to MMT”