by
Lars Syll
My articles My siteMy booksAbout me
Follow on:Twitter
Summary:
From Lars Syll Markets are never just given. Neither God nor nature hands us a worked-out set of rules determining the way property relations are defined, contracts are enforced, or macroeconomic policy is implemented. These matters are determined by policy choices. The elites have written these rules to redistribute income upward. Needless to say, they are not eager to have the rules rewritten — which means they also have no interest in even having them discussed. But for progressive change to succeed, these rules must be addressed. While modest tweaks to tax and transfer policies can ameliorate the harm done by a regressive market structure, their effect will be limited. The complaint of conservatives — that tampering with market outcomes leads to inefficiencies and unintended

Editor writes Inequality and morbid symptoms of a financialised system

njhaering writes In the middle of a pandemic, the World Bank wants slum dwellers to lose their water supply

Paul Samuelson and the Cold War rebirth of David Ricardo

Inequality and morbid symptoms of a financialised system

In the middle of a pandemic, the World Bank wants slum dwellers to lose their water supply 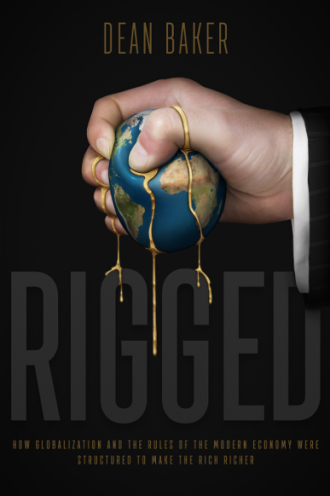 Markets are never just given. Neither God nor nature hands us a worked-out set of rules determining the way property relations are defined, contracts are enforced, or macroeconomic policy is implemented. These matters are determined by policy choices. The elites have written these rules to redistribute income upward. Needless to say, they are not eager to have the rules rewritten — which means they also have no interest in even having them discussed.

But for progressive change to succeed, these rules must be addressed. While modest tweaks to tax and transfer policies can ameliorate the harm done by a regressive market structure, their effect will be limited. The complaint of conservatives — that tampering with market outcomes leads to inefficiencies and unintended outcomes — is largely correct, even if they may exaggerate the size of the distortions from policy interventions. Rather than tinker with badly designed rules, it is far more important to rewrite the rules so that markets lead to progressive and productive outcomes in which the benefits of economic growth and improving technology are broadly shared.

As has become abundantly clear to students of economics these days, mainstream textbook economics has pretty little in common with the real world in which we actually live. Especially when it comes to the mainstream theories of income distribution, the gap between theory and reality is ocean wide.

Economics textbooks usually refer to the interrelationship between technological development and education as the main causal force behind increased inequality. If the educational system (supply) develops at the same pace as technology (demand), there should be no increase, ceteris paribus, in the ratio between high-income (highly educated) groups and low-income (low education) groups. In the race between technology and education, the proliferation of skilled-biased technological change has, however, allegedly increased the premium for the highly educated group.

Another prominent explanation is that globalization – in accordance with Ricardo’s theory of comparative advantage and the Wicksell-Heckscher-Ohlin-Stolper-Samuelson factor price theory – has benefited capital in the advanced countries and labour in the developing countries. The problem with these theories is​ that they explicitly assume full employment and international immobility of the factors of production. Globalization means more than anything else that capital and labour have to a large extent become mobile over country borders. These mainstream trade theories are really not applicable in the world of today, and they are certainly not able to explain the international trade pattern that has developed during the last decades. Although it seems as though capital in the developed countries has benefited from globalization, it is difficult to detect a similar positive effect on workers in ​developing countries.

There are, however, also some other quite obvious problems with these kinds of inequality explanations. The World Top Incomes Database shows that the increase in incomes has been concentrated especially in the top 1%. If education was the main reason behind the increasing income gap, one would expect a much broader group of people in the upper echelons of the distribution taking part in​ this increase. It is dubious, to say the least, to try to explain, for example, the high wages in the finance sector with a marginal productivity argument. High-end wages seem to be more a result of pure luck or membership of the same ‘club’ as those who decide on the wages and bonuses, than of ‘marginal productivity.’

Mainstream economics, with its technologically determined marginal productivity theory, seems to be difficult to reconcile with reality. Although card-carrying neoclassical apologetics like Greg Mankiw wants​​ to recall John Bates Clark’s (1899) argument that marginal productivity results in an ethically just distribution, that is not something – even if it was​ true – we could confirm empirically, since it is impossible realiter to separate out what is the marginal contribution of any factor of production. The hypothetical ceteris paribus addition of only one factor in a production process is often heard of in textbooks, but never seen in reality.

When reading  mainstream economists like Mankiw, who argue for the ‘just desert’ of the 0.1 %, one gets a strong feeling that they are ultimately trying to argue that a market economy is some kind of moral free zone where, if left undisturbed, people get what they ‘deserve.’ To most social scientists that probably smacks more of being an evasive action trying to explain away a very disturbing structural ‘regime shift’ that has taken place in our societies. A shift that has very little to do with ‘stochastic returns to education.’ Those were in place also 30 or 40 years ago. At that time they meant that perhaps a top corporate manager earned 10–20 times more than ‘ordinary’ people earned. Today it means that they earn 100–200 times more than ‘ordinary’ people earn. A question of education? Hardly. It is probably more a question of greed and a lost sense of a common project of building a sustainable society.

Since the race between technology and education does not seem to explain the new growing income gap – and even if technological change has become more and more capital-augmenting​, it is also quite clear that not only the wages of low-skilled workers have fallen, but also the overall wage share – mainstream economists increasingly refer to ‘meritocratic extremism,’ ‘winners-take-all markets’ and ‘super star-theories’ for explanation. But this is also highly questionable.

Fans may want to pay extra to watch top-ranked athletes or movie stars performing on television and film, but corporate managers are hardly the stuff that people’s dreams are made of – and they seldom appear on television and in the movie theatres.

It is difficult to see the takeoff of the top executives as anything else but a reward for being a member of the same illustrious club. That they should be equivalent to indispensable and fair productive contributions – marginal products – is straining credulity too far. That so many corporate managers and top executives make fantastic earnings today, is strong evidence the theory is patently wrong and basically functions as a legitimizing device of indefensible and growing inequalities. 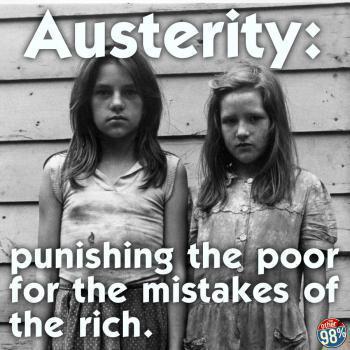 No one ought to doubt that the idea that capitalism is an expression of impartial market forces of supply and demand, bears but little resemblance to actual reality. Wealth and income distribution, both individual and functional, in a market society is to an overwhelmingly high degree influenced by institutionalized political and economic norms and power relations, things that have relatively little to do with marginal productivity in complete and profit-maximizing competitive market models – not to mention how extremely difficult, if not outright impossible it is to empirically disentangle and measure different individuals’ contributions in the typical teamwork​ production that characterize modern societies; or, especially when it comes to ‘capital,’ what it is supposed to mean and how to measure it. Remunerations do not necessarily correspond to any marginal product of different factors of production – or to ‘compensating differentials’ due to non-monetary characteristics of different jobs, natural ability, effort or chance.

Neoclassical marginal productivity theory is obviously a collapsed theory from both a historical and a theoretical point of view, as shown already by Sraffa in the 1920s, and in the Cambridge capital controversy in the 1960s and 1970s.

When a theory is impossible to reconcile with facts there is only one thing to do — scrap it!

Lars Jörgen Pålsson Syll (born November 5, 1957) is a Swedish economist who is a Professor of Social Studies and Associate professor of Economic History at Malmö University College. Pålsson Syll has been a prominent contributor to the economic debate in Sweden over the global financial crisis that began in 2008.
My articlesMy siteMy booksAbout me
Follow on:Twitter
Previous What’s in a model… (an economic one, that is)
Next Ecological limits and hierarchical power