by
Lars Syll
My articles My siteMy booksAbout me
Follow on:Twitter
Summary:
From Lars Syll In his new history of experimental social science — Randomistas: How radical researchers are changing our world — Andrew Leigh gives an introduction to the RCT (randomized controlled trial) method for conducting experiments in medicine, psychology, development economics, and policy evaluation. Although it mentions there are critiques that can be waged against it, the author does not let that shadow his overwhelmingly enthusiastic view on RCT. Among mainstream economists, this uncritical attitude towards RCTs has become standard. Nowadays many mainstream economists maintain that ‘imaginative empirical methods’ — such as natural experiments, field experiments, lab experiments, RCTs — can help us to answer questions concerning the external validity of economic models. In

Lars Syll writes The value of economics — a cost-benefit analysis

The value of economics — a cost-benefit analysis

A tale of two capitalisms 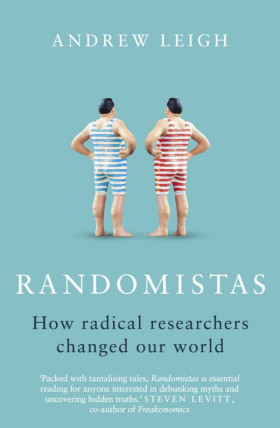 In his new history of experimental social science — Randomistas: How radical researchers are changing our world — Andrew Leigh gives an introduction to the RCT (randomized controlled trial) method for conducting experiments in medicine, psychology, development economics, and policy evaluation. Although it mentions there are critiques that can be waged against it, the author does not let that shadow his overwhelmingly enthusiastic view on RCT.

Among mainstream economists, this uncritical attitude towards RCTs has become standard. Nowadays many mainstream economists maintain that ‘imaginative empirical methods’ — such as natural experiments, field experiments, lab experiments, RCTs — can help us to answer questions concerning the external validity of economic models. In their view, they are more or less tests of ‘an underlying economic model’ and enable economists to make the right selection from the ever-expanding ‘collection of potentially applicable models.’

When looked at carefully, however, there are in fact few real reasons to share this optimism on the alleged ’empirical turn’ in economics.

If we see experiments or field studies as theory tests or models that ultimately aspire to say something about the real ‘target system,’ then the problem of external validity is central (and was for a long time also a key reason why behavioural economists had trouble getting their research results published).

Assume that you have examined how the performance of a group of people (A) is affected by a specific ‘treatment’ (B). How can we extrapolate/generalize to new samples outside the original population? How do we know that any replication attempt ‘succeeds’? How do we know when these replicated experimental results can be said to justify inferences made in samples from the original population? If, for example, P(A|B) is the conditional density function for the original sample, and we are interested in doing an extrapolative prediction of E [P(A|B)], how can we know that the new sample’s density function is identical with the original? Unless we can give some really good argument for this being the case, inferences built on P(A|B) is not really saying anything on that of the target system’s P'(A|B).

External validity/extrapolation/generalization is founded on the assumption that we can make inferences based on P(A|B) that is exportable to other populations for which P'(A|B) applies. Sure, if one can convincingly show that P and P’are similar enough, the problems are perhaps surmountable. But arbitrarily just introducing functional specification restrictions of the type invariance/stability /homogeneity, is, at least for an epistemological realist far from satisfactory. And often it is – unfortunately – exactly this that I see when I take part of mainstream economists’ RCTs and ‘experiments.’

Most ‘randomistas’ underestimate the heterogeneity problem. It does not just turn up as an external validity problem when trying to ‘export’ regression results to different times or different target populations. It is also often an internal problem to the millions of regression estimates that economists produce every year.

RCTs have very little reach beyond giving descriptions of what has happened in the past. From the perspective of the future and for policy purposes they are as a rule of limited value since they cannot tell us what background factors were held constant when the trial intervention was being made.

RCTs usually do not provide evidence that the results are exportable to other target systems. RCTs cannot be taken for granted to give generalizable results. That something works somewhere for someone is no warranty for us to believe it to work for us here or even that it works generally. RCTs are simply not the best method for all questions and in all circumstances. And insisting on using only one tool often means using the wrong tool.

Lars Jörgen Pålsson Syll (born November 5, 1957) is a Swedish economist who is a Professor of Social Studies and Associate professor of Economic History at Malmö University College. Pålsson Syll has been a prominent contributor to the economic debate in Sweden over the global financial crisis that began in 2008.
My articlesMy siteMy booksAbout me
Follow on:Twitter
Previous Origins of central banking
Next What’s in a model… (an economic one, that is)