“David Graeber, Caustic Critic of Inequality, Is Dead at 59”

by
Editor
My articles My siteMy books
Follow on:Twitter
Summary:
From The New York Times David Graeber, the radical anthropologist, provocative critic of economic and social inequality and self-proclaimed anarchist who was a coiner of “We Are the 99 Percent,” the slogan of the Occupy Wall Street movement, died on Wednesday at a hospital in Venice. He was 59. His death was announced on social media by his wife, Nika Dubrovsky, an artist. She did not specify the cause, but Dr. Graeber reported on YouTube last week that he had been feeling ill. A public intellectual, professor, political activist and author, Dr. Graeber captivated a cult following that grew globally over the past decade with each book he published. In “Debt: The First 5000 Years” (2011), he explored the changing definitions of borrowing and who owed what to whom. He advocated a

John Quiggin writes No Planet B

What’s the use of economic models?

from The New York Times

David Graeber, the radical anthropologist, provocative critic of economic and social inequality and self-proclaimed anarchist who was a coiner of “We Are the 99 Percent,” the slogan of the Occupy Wall Street movement, died on Wednesday at a hospital in Venice. He was 59.

His death was announced on social media by his wife, Nika Dubrovsky, an artist. She did not specify the cause, but Dr. Graeber reported on YouTube last week that he had been feeling ill.

A public intellectual, professor, political activist and author, Dr. Graeber captivated a cult following that grew globally over the past decade with each book he published.

In “Debt: The First 5000 Years” (2011), he explored the changing definitions of borrowing and who owed what to whom. He advocated a “jubilee” of loan forgiveness. Writing in The New York Times Book Review, Thomas Meaney called the book “more than a screed” and praised its “brash, engaging style.” In “The Utopia of Rules” (2015), Dr. Graeber ridiculed the bureaucracy that is typically associated with government, but that also permeates the corporate world and everyday business transactions.

In “Bullshit Jobs: A Theory” (2018), he wondered what happened to the 15-hour week that the economist John Maynard Keynes, in 1930, had predicted would be possible by the end of the 20th century. (“This book asks readers whether there might be a better way to organize the world of work,” Alana Semuels wrote in her Times review. “That’s a question worth asking.”)

“In technological terms, we are quite capable of this,” Mr. Graeber wrote. “And yet it didn’t happen. Instead, technology has been marshaled, if anything, to figure out ways to make us all work more. Huge swaths of people, in Europe and North America in particular, spend their entire working lives performing tasks they believe to be unnecessary.

“The moral and spiritual damage that comes from this situation is profound,” he added. “It is a scar across our collective soul.”

Dr. Graeber admitted that imposing an objective measure of social value would be challenging, and that a world without, say, teachers, wouldn’t work.

“But it’s not entirely clear how humanity would suffer,” he was quoted as saying in The Guardian in 2015, “were all private equity C.E.O.s, lobbyists, P.R. researchers, actuaries, telemarketers, bailiffs or legal consultants to similarly vanish.”

He was an associate professor of anthropology at Yale in 2005 when the university informed him that his contract would not be renewed. He attributed his termination to his unguarded derogation of capitalism, and of both the political and academic establishments. Thousands of supporters signed petitions urging Yale to reverse its decision, in vain.

He received invitations to deliver prestigious lectures and was recruited to teaching positions elsewhere. At the time of his death, he was a professor at the London School of Economics.

Dr. Graeber was regarded as something of a leader — or at least someone others in the protest movements for environmental, social and economic justice and against the drawbacks of globalization tended to follow.

He played a leading early role in the Occupy Wall Street demonstrations in Lower Manhattan in 2011. But he insisted, despite repeated accounts giving him sole credit, that the group’s slogan was collaborative.

“No, I didn’t personally come up with the slogan ‘We are the 99 percent,’” he said on his website. “I did first suggest that we call ourselves the 99 percent. Then two Spanish indignados and a Greek anarchist added the ‘we’ and later a food-not-bombs veteran put the ‘are’ between them. And they say you can’t create something worthwhile by committee!”

As protests raged around the world in 2017 after President Donald J. Trump’s election, Dr. Graeber told The New York Times: “We tried to warn you, with ‘Occupy.’ We understood that people were sick of the political system, which is fundamentally corrupt. People want something radically different.”

David Rolfe Graeber was born on Feb. 12, 1961, in Manhattan to self-taught leftist intellectuals. His father, Kenneth, who fought with the Republicans in the Spanish Civil War, had a blue-collar job at an offset printing plant. His Polish-born mother, Ruth (Rubinstein) Graeber, was a garment worker who performed in her union’s musical, “Pins and Needles,” which ran on Broadway in the late 1930s.

Raised in Penn South, a union-sponsored co-op apartment complex in the Chelsea section of Manhattan, David translated Mayan hieroglyphics while he was in junior high school and so impressed professional archaeologists that he won a scholarship to Phillips Academy in Andover, Mass.

He earned a bachelor’s degree in anthropology in 1984 from the State University of New York, Purchase and, while pursuing his doctorate at the University of Chicago, won a Fulbright fellowship to conduct ethnographic fieldwork in Madagascar.

He finished his thesis on magic, slavery and politics and received his degree in 1998. Two years later, he was hired by Yale.

He was, he said, an anarchist in spirit at 16, but avoided involvement in politics until 1999, when he participated in protests against the World Trade Organization in Seattle. He was surprised at how fast and far he could rise in a leaderless, anarchic movement. 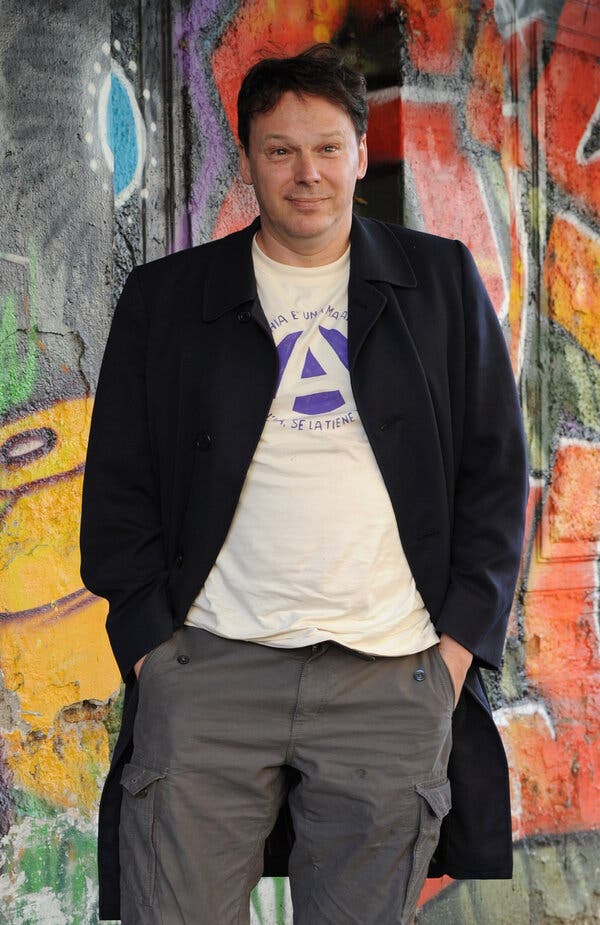 “If you’re really dedicated to this stuff, things can happen very quickly,” he told Businessweek in 2011. “The first action you go to, you’re just a total outsider. You don’t know what’s going on. The second one, you know everything. By the third, you’re effectively part of the leadership if you want to be. Anybody can be if you’re willing to put in the time and energy.”

Among his other books was “The Democracy Project: A History, a Crisis, a Movement,” published in 2013. His “The Dawn of Everything: A New History of Humanity,” written with David Wengrow, is scheduled to be published next year by Farrar, Straus & Giroux.

Dr. Graeber became involved in British politics last year, supporting the Labour Party leader Jeremy Corbyn in the general election as “a beacon of hope in the struggle against emergent far-right nationalism, xenophobia and racism in much of the democratic world.”

He remained surprisingly optimistic to the end, despite his sometimes apocalyptic warnings and the disappointment he expressed at how different the world he inherited as an adult was from the one he had envisioned as a child.

“Speaking as someone who was 8 years old at the time of the Apollo moon landing, I have clear memories of calculating that I would be 39 years of age in the magic year 2000, and wondering what the world around me would be like,” he once said.

“Did I honestly expect I would be living in a world of such wonders? Of course. Do I feel cheated now?

The U.S., China, and the New Cold Warriors — Dean Baker