by
David F. Ruccio
My articles My siteMy booksAbout me
Follow on:Twitter
Summary:
From David Ruccio “Formal” freedom is the freedom of choice WITHIN the coordinates of the existing power relations, while “actual” freedom designates the site of an intervention which undermines these very coordinates. — Slavoj Žižek, On Belief                            The novel coronavirus pandemic has demonstrated how shallow and restricted the notion of formal freedom is in the United States. After years of pretending that private healthcare and health insurance expanded the freedom of individual choice, even with the changes introduced by Obamacare, the existing health system has failed to protect most Americans from the ravages of the disease. Right now, with over 2 million confirmed cases and over 100 thousand deaths, the United States has over one quarter of the world’s cases

“Formal” freedom is the freedom of choice WITHIN the coordinates of the existing power relations, while “actual” freedom designates the site of an intervention which undermines these very coordinates.

The novel coronavirus pandemic has demonstrated how shallow and restricted the notion of formal freedom is in the United States.

After years of pretending that private healthcare and health insurance expanded the freedom of individual choice, even with the changes introduced by Obamacare, the existing health system has failed to protect most Americans from the ravages of the disease. Right now, with over 2 million confirmed cases and over 100 thousand deaths, the United States has over one quarter of the world’s cases and fatalities. And the numbers continue to rise in many states, with the forced reopening of businesses.

Yes, in recent years, Americans have been able to choose to work at a job and use their employer-provided health benefits or to purchase health insurance on state exchanges, thereby dramatically lowering the number of uninsured people. But they haven’t been able to choose what kind of health system they want, how they want their healthcare to be provided. As a result, the existing—understaffed and underfunded—public health system, in the midst of an obscenely unequal economy and society, has been unable to effectively confront the spread of COVID-19. 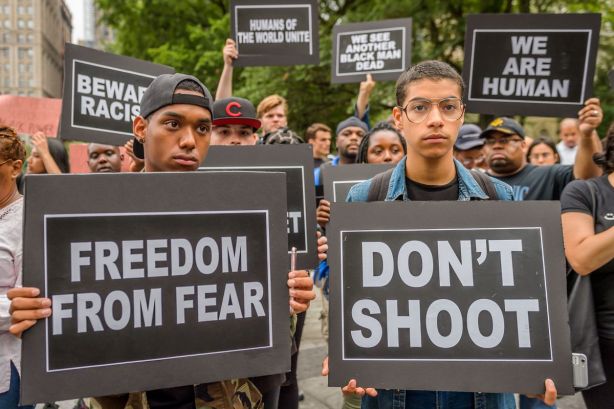 It’s that same formal freedom that allows investors to purchase stocks, including equity shares in Hertz, which just happens to have entered bankruptcy protection in late May. Between the 3 and 8 June, Hertz’s stock exploded in price. During that week, it increased to $5.53 per share, from 82 cents, a preposterous rise of nearly seven times—apparently just one example of a more general “flight to crap” in U.S. stock markets. And just to highlight the absurdity of what freedom means in the United States, the nation’s second-largest car-rental agency filed with the Securities and Exchange commission to sell up to $500 million worth of new shares—shares that would likely be rendered worthless after creditors are paid off—in a move that was approved by the federal judge in Delaware overseeing the Hertz bankruptcy case. (And then, just yesterday, Hertz reversed course and decided to pull the plug on the deal.)

And it’s the freedom aircraft manufacturer Boeing relied on in late April to raise $25 billion by selling bonds to investors, to avoid taking aid from the federal government, and then a month later to fire 6,770 workers (part of its plan to reduce a total of 16 thousand jobs).

Meanwhile, employers and the White House (including Labor Secretary Eugene Scalia) are clamoring for businesses to be allowed the freedom to reopen. But they’re worried unemployed workers, who have received supplemental benefits as a result of the CARES act, will not want to return to work under with the risk of becoming infected with the virus. So, they’ve announced both that the extra $600 “disincentive” for people to return to work will be allowed to expire at the end of July and that any workers who refuse to be called back to work will lose their unemployment payments.

Clearly, employers’ freedom to reopen their businesses is coming at the expense of workers’ freedom to stay home during the pandemic. And that’s the limit of formal freedom under capitalism—the kind of fundamental clash during which it is possible to begin to exercise an actual freedom of reimagining and reinventing the rules of economic and social organization.

Thus far, however, we haven’t seen much in the way of actual freedom in the economic sphere. Massive unemployment, and therefore the unremitting pressure on all workers, both those with jobs and those without, will do that. But we might just be witnessing such a site in the other fundamental clash currently taking place, the one that arose in response to the recent murders of George Floyd, Ahmaud Arbery, and Breonna Taylor.

The first demand of the Black Lives Matter movement is, of course, freedom from police violence. It’s a freedom enumerated in the Constitution (in the Fourteenth Amendment) but undermined and subverted by the systemic racism that historically and still today has haunted the administration of justice in the United States—by both the police and the courts.

The pandemic has also highlighted—and further exacerbated—the obscene racial inequalities that characterize the American economy and society. For example, black Americans are dying from Covid-19 at three times the rate of white people. And while unemployment has skyrocketed for black and white workers in the COVID-19 labor market, the unemployment rate is much higher for black workers, which has in turn worsened the already-high income and benefits gaps between white and black workers.

As it turns out, the Black Lives Matter movement was already, back in 2016, thinking beyond police violence. As Robin G. D. Kelley explained, the organization is invested in a structural overhaul of the American system that oppresses most people. Its demands therefore include

ending all forms of violence and injustice endured by black people; redirecting resources from prisons and the military to education, health, and safety; creating a just, democratically controlled economy; and securing black political power within a genuinely inclusive democracy.

That’s more than a laundry list of demands or a simple political platform (like those of the Democratic and Republican parties). It’s a vision of economic and social transformation that will produce deep structural changes—for black communities and for all Americans. In other words, it aspires to an enactment of actual freedom that questions the existing coordinates of power relations in the United States (and around the world).

The Black Lives Matter movement infuses the current protests—indeed, the multiracial national uprising we’re witnessing across the country—with the potential of becoming the most recent in the tradition of real progressive social movements which, as Kelley explained in his 2002 book Freedom Dreams: The Black Radical Imagination,

do not simply produce statistics and narratives of oppression; rather, the best ones do what great poetry always does: transport us to another place, compel us to imagine a new society.

It’s only a possibility, at this stage—the potential of moving beyond a formal freedom from fear to an actual freedom of redrawing the existing boundaries of the economy and society, by generating radically new questions, theories, and knowledges. It’s a freedom that can only be produced by a combination of ruthless critical thinking and collective political activity.

I am now Professor of Economics “at large” as well as a member of the Higgins Labor Studies Program and Faculty Fellow of the Joan B. Kroc Institute for International Peace Studies. I was the editor of the journal Rethinking Marxism from 1997 to 2009. My Notre Dame page contains more information. Here is the link to my Twitter page.
My articlesMy siteMy booksAbout me
Follow on:Twitter
Previous Another financial rescue by the US Fed
Next 45.7 million USA unemployment claims