Revealed preference theory — much ado about almost nothing

by
Lars Syll
My articles My siteMy booksAbout me
Follow on:Twitter
Summary:
From Lars Syll Twenty-seven years ago yours truly wrote an article on revealed preference theory that got published in History of Political Economy (no. 25, 1993). Paul Samuelson wrote a kind letter and informed me that he was the one who had recommended it for publication. But although he liked a lot in it, he also wrote a comment — published in the same volume of HOPE — saying: Between 1938 and 1947, and since then as Pålsson Syll points out, I have been scrupulously careful not to claim for revealed preference theory novelties and advantages it does not merit. But Pålsson Syll’s readers must not believe that it was all redundant fuss about not very much. Notwithstanding Samuelson’s comment, I do still think it basically was much fuss about ‘not very much.’ In 1938 Paul Samuelson

Editor writes Economists have no ears

The algorithms of wealth accumulation

Economists have no ears 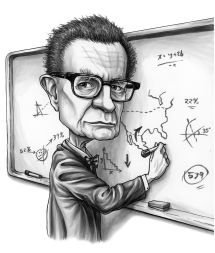 Twenty-seven years ago yours truly wrote an article on revealed preference theory that got published in History of Political Economy (no. 25, 1993).

Paul Samuelson wrote a kind letter and informed me that he was the one who had recommended it for publication. But although he liked a lot in it, he also wrote a comment — published in the same volume of HOPE — saying:

Between 1938 and 1947, and since then as Pålsson Syll points out, I have been scrupulously careful not to claim for revealed preference theory novelties and advantages it does not merit. But Pålsson Syll’s readers must not believe that it was all redundant fuss about not very much.

Notwithstanding Samuelson’s comment, I do still think it basically was much fuss about ‘not very much.’

In 1938 Paul Samuelson offered a replacement for the then accepted theory of utility. The cardinal utility theory was discarded with the following words: “The discrediting of utility as a psychological concept robbed it of its possible virtue as an explanation of human behaviour in other than a circular sense, revealing its emptiness as even a construction” (1938, 61). According to Samuelson, the ordinalist revision of utility theory was, however, not drastic enough. The introduction of the concept of a marginal rate of substitution was considered “an artificial convention in the explanation of price behaviour” (1938, 62). One ought to analyze the consumer’s behaviour without having recourse to the concept of utility at all, since this did not correspond to directly observable phenomena. The old theory was criticized mainly from a methodological point of view, in that it used non-observable concepts and propositions. 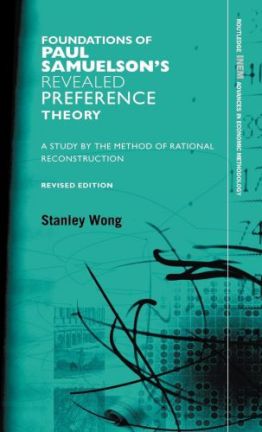 The new theory should avoid this and thereby shed “the last vestiges of utility analysis” (1938, 62). Its main feature was a consistency postulate which said: “if an individual selects batch one over batch two, he does not at the same time select two over one” (1938, 65). From this “perfectly clear” postulate and the assumptions of given demand functions and that all income is spent, Samuelson in (1938) and (1938a), could derive all the main results of ordinal utility theory (single-valuedness and homogeneity of degree zero of demand functions, and negative semi-definiteness of the substitution matrix).

In 1948 Samuelson no longer considered his “revealed preference” approach a new theory. It was then seen as a means of revealing consistent preferences and enhancing the acceptability of the ordinary ordinal utility theory by showing how one could construct an individual’s indifference map by purely observing his market behaviour. Samuelson concluded his article by saying that “[t]he whole theory of consumer’s behavior can thus be based upon operationally meaningful foundations in terms of revealed preference” (1948, 251). As has been shown lately, this is true only if we inter alia assume the consumer to be rational and to have unchanging preferences that are complete, asymmetrical, non-satiated, strictly convex, and transitive (or continuous). The theory, originally intended as a substitute for the utility theory, has, as Houthakker clearly notes, “tended to become complementary to the latter” (1950, 159).

Only a couple of years later, Samuelson held the view that he was in a position “to complete the programme begun a dozen years ago of arriving at the full empirical implications for demand behaviour of the most general ordinal utility analysis” (1950, 369). The introduction of Houthakker’s amendment assured integrability, and by that, the theory had according to Samuelson been “brought to a close” (1950, 355). Starting “from a few logical axioms of demand consistency … [one] could derive the whole of the valid utility analysis as corollaries” (1950, 370). Since Samuelson had shown the “complete logical equivalence” of revealed preference theory with the regular “ordinal preference approach,” it follows that “in principle there is nothing to choose between the formulations” (1953, 1). According to Houthakker (1961, 709), the aim of the revealed preference approach is “to formulate equivalent systems of axioms on preferences and on demand functions.”

But if this is all, what has revealed preference theory then achieved? As it turns out, ordinal utility theory and revealed preference theory are – as Wong puts it – “not two different theories; at best, they are two different ways of expressing the same set of ideas” (2006, 118). And with regard to the theoretically solvable problem, we may still concur with Hicks that “there is in practice no direct test of the preference hypothesis” (1956, 58).

Today it seems as though the proponents of revealed preference theory have given up the original 1938-attempt at building a theory on nothing else but observable facts, and settled instead on the 1950-version of establishing “logical equivalences.”

Mas-Collel et al. concludes their presentation of the theory by noting that “for the special case in which choice is defined for all subsets of X [the set of alternatives], a theory based on choice satisfying the weak axiom is completely equivalent to a theory of decision making based on rational preferences” (1995, 14).

When talking of determining people’s preferences through observation, Varian, for example, has “to assume that the preferences will remain unchanged” and adopts “the convention that … the underlying preferences … are known to be strictly convex.” He further postulates that the “consumer is an optimizing consumer.” If we are “willing to add more assumptions about consumer preferences, we get more precise estimates about the shape of indifference curves” (2006, 119-123, author’s italics). Given these assumptions, and that the observed choices satisfy the consistency postulate as amended by Houthakker, one can always construct preferences that “could have generated the observed choices.” This does not, however, prove that the constructed preferences really generated the observed choices, “we can only show that observed behavior is not inconsistent with the statement. We can’t prove that the economic model is correct.”

Kreps holds a similar view, pointing to the fact that revealed preference theory is “consistent with the standard preference-based theory of consumer behavior” (1990, 30).

The theory of consumer behavior has been developed in great part as an attempt to justify the idea of a downward-sloping demand curve. What forerunners like e.g. Cournot (1838) and Cassel (1899) did was merely to assert this law of demand. The utility theorists tried to deduce it from axioms and postulates on individuals’ economic behaviour. Revealed preference theory tried to build a new theory and to put it in operational terms, but ended up with just giving a theory logically equivalent to the old one. As such it also shares its shortcomings of being empirically unfalsifiable and of being based on unrestricted universal statements.

As Kornai (1971, 133) remarked, “the theory is empty, tautological. The theory reduces to the statement that in period t the decision-maker chooses what he prefers … The task is to explain why he chose precisely this alternative rather than another one.” Further, pondering Amartya Sen’s verdict of the revealed preference theory as essentially underestimating “the fact that man is a social animal and his choices are not rigidly bound to his own preferences only” (1982, 66) and Georgescu-Roegen’s (1966, 192-3) apt description, a harsh assessment of what the theory accomplished should come as no surprise: 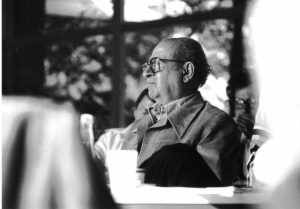 Lack of precise definition should not … disturb us in moral sciences, but improper concepts constructed by attributing to man faculties which he actually does not possess, should. And utility is such an improper concept … [P]erhaps, because of this impasse … some economists consider the approach offered by the theory of choice as a great progress … This is simply an illusion, because even though the postulates of the theory of choice do not use the terms ‘utility’ or ‘satisfaction’, their discussion and acceptance require that they should be translated into the other vocabulary … A good illustration of the above point is offered by the ingenious theory of the consumer constructed by Samuelson.

Nothing lost, nothing gained.

Lars Jörgen Pålsson Syll (born November 5, 1957) is a Swedish economist who is a Professor of Social Studies and Associate professor of Economic History at Malmö University College. Pålsson Syll has been a prominent contributor to the economic debate in Sweden over the global financial crisis that began in 2008.
My articlesMy siteMy booksAbout me
Follow on:Twitter
Previous Patent monopolies in prescription drugs cause corruption # 43,508
Next The Inequality Crisis: The three options