The rhetoric of imaginary populations

by
Lars Syll
My articles My siteMy booksAbout me
Follow on:Twitter
Summary:
From Lars Syll The most expedient population and data generation model to adopt is one in wh ich the population is regarded as a realization of an infinite super population. This setup is the standard perspective in mathematical statistics, in which random variables are assumed to exist with fixed moments for an uncountable and unspecified universe of events … This perspective is tantamount to assuming a population machine that spawns individuals forever (i.e., the analog to a coin that can be flipped forever). Each individual is born as a set of random draws from the distributions of Y¹, Y°, and additional variables collective ly denoted by S … Because of its expediency, we will usually write with the superpopulation model in the background, even though the notions of infinite 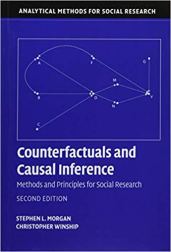 ich the population is regarded as a realization of an infinite super population. This setup is the standard perspective in mathematical statistics, in which random variables are assumed to exist with fixed moments for an uncountable and unspecified universe of events …

This perspective is tantamount to assuming a population machine that spawns

individuals forever (i.e., the analog to a coin that can be flipped forever). Each individual is born as a set of random draws from the distributions of Y¹, Y°, and additional variables collective

Because of its expediency, we will usually write with the superpopulation model in the background, even though

the notions of infinite superpopulations and sequences of sample sizes approaching infinity are manifestly unrealistic
.

In econometrics one often gets the feeling that many of its practitioners think of it as a kind of automatic inferential machine: input data and out comes casual knowledge. This is like pulling a rabbit from a hat. Great — but first you have to put the rabbit in the hat. And this is where assumptions come into the picture.

The assumption of imaginary ‘super populations’ is one of the many dubious assumptions used in modern econometrics.

As social scientists — and economists — we have to confront the all-important question of how to handle uncertainty and randomness. Should we define randomness with probability? If we do, we have to accept that to speak of randomness we also have to presuppose the existence of nomological probability machines, since probabilities cannot be spoken of – and actually, to be strict, do not at all exist – without specifying such system-contexts. Accepting a domain of probability theory and sample space of infinite populations also implies that judgments are made on the basis of observations that are actually never made!

Infinitely repeated trials or samplings never take place in the real world. So that cannot be a sound inductive basis for a science with aspirations of explaining real-world socio-economic processes, structures or events. It’s not tenable. 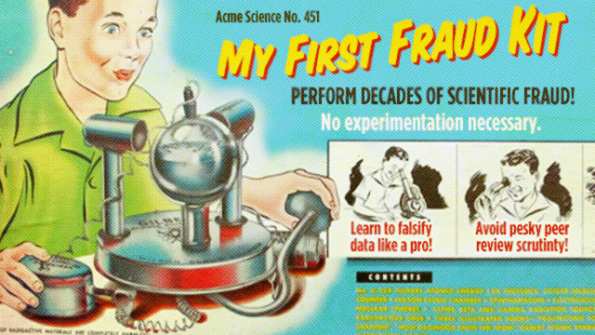 In Statistical Models and Causal Inference: A Dialogue with the Social Sciences David Freedman also touched on this fundamental problem, arising when you try to apply statistical models outside overly simple nomological machines like coin tossing and roulette wheels:

Lurking behind the typical regression model will be found a host of such assumptions; without them, legitimate inferences cannot be drawn from the model. There are statistical procedures for testing some of these assumptions. However, the tests often lack the power to detect substantial failures. Furthermore, model testing may become circular; breakdowns in assumptions are detected, and the model is redefined to accommodate. In short, hiding the problems can become a major goal of model building.

Using models to make predictions of the future, or the results of interventions, would be a valuable corrective. Testing the model on a variety of data sets – rather than fitting refinements over and over again to the same data set – might be a good second-best … Built into the equation is a model for non-discriminatory behavior: the coefficient d vanishes. If the company discriminates, that part of the model cannot be validated at all.

Regression models are widely used by social scientists to make causal inferences; such models are now almost a routine way of demonstrating counterfactuals. However, the “demonstrations” generally turn out to depend on a series of untested, even unarticulated, technical assumptions. Under the circumstances, reliance on model outputs may be quite unjustified. Making the ideas of validation somewhat more precise is a serious problem in the philosophy of science. That models should correspond to reality is, after all, a useful but not totally straightforward idea – with some history to it. Developing appropriate models is a serious problem in statistics; testing the connection to the phenomena is even more serious …

In our days, serious arguments have been made from data. Beautiful, delicate theorems have been proved, although the connection with data analysis often remains to be established. And an enormous amount of fiction has been produced, masquerading as rigorous science.

And as if this wasn’t enough, one could — as we’ve seen — also seriously wonder what kind of ‘populations’ these statistical and econometric models ultimately are based on. Why should we as social scientists — and not as pure mathematicians working with formal-axiomatic systems without the urge to confront our models with real target systems — unquestioningly accept models based on concepts like the ‘infinite super populations’ used in e.g. the ‘potential outcome’ framework that has become so popular lately in social sciences?

Of course one could treat observational or experimental data as random samples from real populations. I have no problem with that (although it has to be noted that most ‘natural experiments’ are not based on random sampling from some underlying population — which, of course, means that the effect-estimators, strictly seen, only are unbiased for the specific groups studied). But probabilistic econometrics does not content itself with that kind of populations. Instead, it creates imaginary populations of ‘parallel universes’ and assume that our data are random samples from that kind of  ‘infinite super populations.’

But this is actually nothing else but hand-waving! And it is inadequate for real science. As David Freedman writes:

With this approach, the investigator does not explicitly define a population that could in principle be studied, with unlimited resources of time and money. The investigator merely assumes that such a population exists in some ill-defined sense. And there is a further assumption, that the data set being analyzed can be treated as if it were based on a random sample from the assumed population. These are convenient fictions … Nevertheless, reliance on imaginary populations is widespread. Indeed regression models are commonly used to analyze convenience samples … The rhetoric of imaginary populations is seductive because it seems to free the investigator from the necessity of understanding how data were generated.

In social sciences — including economics — it’s always wise to ponder C. S. Peirce’s remark that universes are not as common as peanuts …

Lars Jörgen Pålsson Syll (born November 5, 1957) is a Swedish economist who is a Professor of Social Studies and Associate professor of Economic History at Malmö University College. Pålsson Syll has been a prominent contributor to the economic debate in Sweden over the global financial crisis that began in 2008.
My articlesMy siteMy booksAbout me
Follow on:Twitter
Previous COVID-19: state of the unions
Next The condition of the black working-class in the United States – 9 charts

COVID-19: state of the unions