by
Lars Syll
My articles My siteMy booksMy videosAbout me
Follow on:Twitter
Summary:
From Lars Syll Mainstream economics nowadays usually assumes that agents that have to make choices under conditions of uncertainty behave according to Bayesian rules, axiomatized by Ramsey (1931) and Savage (1954) — that is, they maximize expected utility with respect to some subjective probability measure that is continually updated according to Bayes theorem. If not, they are supposed to be irrational, and ultimately – via some “Dutch book” or “money pump”argument – susceptible to being ruined by some clever “bookie”. Bayesianism reduces questions of rationality to questions of internal consistency (coherence) of beliefs, but – even granted this questionable reductionism – do rational agents really have to be Bayesian? As I have been arguing elsewhere (e. g. here, here and here)

Mainstream economics nowadays usually assumes that agents that have to make choices under conditions of uncertainty behave according to Bayesian rules, axiomatized by Ramsey (1931) and Savage (1954) — that is, they maximize expected utility with respect to some subjective probability measure that is continually updated according to Bayes theorem. If not, they are supposed to be irrational, and ultimately – via some “Dutch book” or “money pump”argument – susceptible to being ruined by some clever “bookie”.

In many of the situations that are relevant to economics one could argue that there is simply not enough of adequate and relevant information to ground beliefs of a probabilistic kind, and that in those situations it is not really possible, in any relevant way, to represent an individual’s beliefs in a single probability measure.

Say you have come to learn (based on own experience and tons of data) that the probability of you becoming unemployed in Sweden is 10 %. Having moved to another country (where you have no own experience and no data) you have no information on unemployment and a fortiori nothing to help you construct any probability estimate on. A Bayesian would, however, argue that you would have to assign probabilities to the mutually exclusive alternative outcomes and that these have to add up to 1, if you are rational. That is, in this case – and based on symmetry – a rational individual would have to assign probability 10% to becoming unemployed and 90% of becoming employed.

That feels intuitively wrong though, and I guess most people would agree. Bayesianism cannot distinguish between symmetry-based probabilities from information and symmetry-based probabilities from an absence of information. In these kinds of situations most of us would rather say that it is simply irrational to be a Bayesian and better instead to admit that we “simply do not know” or that we feel ambiguous and undecided. Arbitrary an ungrounded probability claims are more irrational than being undecided in face of genuine uncertainty, so if there is not sufficient information to ground a probability distribution it is better to acknowledge that simpliciter, rather than pretending to possess a certitude that we simply do not possess.

I think this critique of Bayesianism is in accordance with the views of John Maynard Keynes’ A Treatise on Probability (1921) and General Theory (1937). According to Keynes we live in a world permeated by unmeasurable uncertainty – not quantifiable stochastic risk – which often forces us to make decisions based on anything but rational expectations. Sometimes we “simply do not know.” Keynes would not have accepted the view of Bayesian economists, according to whom expectations “tend to be distributed, for the same information set, about the prediction of the theory.” Keynes, rather, thinks that we base our expectations on the confidence or “weight” we put on different events and alternatives. To Keynes expectations are a question of weighing probabilities by “degrees of belief”, beliefs that have preciously little to do with the kind of stochastic probabilistic calculations made by the rational agents modeled by Bayesian economists.

For Keynes, probability was about believability, not frequency. He denied that our thinking could be described by a probability distribution over all possible future events, a statistical distribution that could be teased out by shrewd questioning – or discovered by presenting a menu of trading opportunities. In the 1920s he became engaged in an intellectual battle on this issue, in which the leading protagonists on one side were Keynes and the Chicago economist Frank Knight, opposed by a Cambridge philosopher, Frank Ramsey, and later by Jimmie Savage, another Chicagoan.

Keynes and Knight lost that debate, and Ramsey and Savage won, and the probabilistic approach has maintained academic primacy ever since …

I used to tell students who queried the premise of “rational” behaviour in financial markets – where rational means are based on Bayesian subjective probabilities – that people had to behave in this way because if they did not, people would devise schemes that made money at their expense. I now believe that observation is correct but does not have the implication I sought. People do not behave in line with this theory, with the result that others in financial markets do devise schemes that make money at their expense.

Although this on the whole gives a succinct and correct picture of Keynes’s view on probability, I think it’s necessary to somewhat qualify in what way and to what extent Keynes “lost” the debate with the Bayesians Frank Ramsey and Jim Savage. 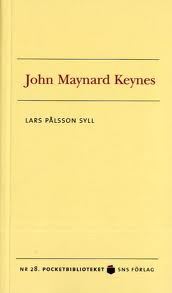 In economics it’s an indubitable fact that few mainstream neoclassical economists work within the Keynesian paradigm. All more or less subscribe to some variant of Bayesianism. And some even say that Keynes acknowledged he was wrong when presented with Ramsey’s theory. This is a view that has unfortunately also been promulgated by Robert Skidelsky in his otherwise masterly biography of Keynes. But I think it’s fundamentally wrong. Let me elaborate on this point (the argumentation is more fully presented in my book John Maynard Keynes (SNS, 2007)).

What Keynes is saying in his response to Ramsey is only that Ramsey “is right” in that people’s “degrees of belief” basically emanates in human nature rather than in formal logic.

Ramsey’s critique made Keynes more strongly emphasize the individuals’ own views as the basis for probability calculations, and less stress that their beliefs were rational. But Keynes’s theory doesn’t stand or fall with his view on the basis for our “degrees of belief” as logical. The core of his theory — when and how we are able to measure and compare different probabilities —he doesn’t change. Unlike Ramsey he wasn’t at all sure that probabilities always were one-dimensional, measurable, quantifiable or even comparable entities.

Lars Jörgen Pålsson Syll (born November 5, 1957) is a Swedish economist who is a Professor of Social Studies and Associate professor of Economic History at Malmö University College. Pålsson Syll has been a prominent contributor to the economic debate in Sweden over the global financial crisis that began in 2008.
My articlesMy siteMy booksAbout me
Follow on:Twitter
Previous A reminder from Berlin
Next The New York Times has not heard about China’s vaccines (or Russia or India’s)