by
Lars Syll
My articles My siteMy booksMy videosAbout me
Follow on:Twitter
Summary:
From Lars Syll Much of current academic teaching and research has been criticized for its lack of relevance, that is, of immediate practical impact … I submit that the consistently indifferent performance in practical applications is in fact a symptom of a fundamental imbalance in the present state of our discipline. The weak and all too slowly growing empirical foundation clearly cannot support the proliferating superstructure of pure, or should I say, speculative economic theory … Uncritical enthusiasm for mathematical formulation tends often to conceal the ephemeral substantive content of the argument behind the formidable front of algebraic signs … In the presentation of a new model, attention nowadays is usually centered on a step-by-step derivation of its formal properties. But

The leap of generalization

The Great Lockdown: A WEA online conference – 15th April to 15th May

The war against scientific economics continues

Much of current academic teaching and research has been criticized for its lack of relevance, that is, of immediate practical impact … I submit that the consistently indifferent performance in practical applications is in fact a symptom of a fundamental imbalance in the present state of our discipline. The weak and all too slowly growing empirical foundation clearly cannot support the proliferating superstructure of pure, or should I say, speculative economic theory … 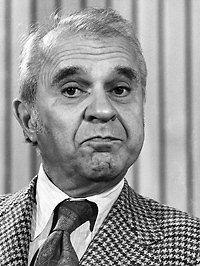 Uncritical enthusiasm for mathematical formulation tends often to conceal the ephemeral substantive content of the argument behind the formidable front of algebraic signs … In the presentation of a new model, attention nowadays is usually centered on a step-by-step derivation of its formal properties. But if the author — or at least the referee who recommended the manuscript for publication — is technically competent, such mathematical manipulations, however long and intricate, can even without further checking be accepted as correct. Nevertheless, they are usually spelled out at great length. By the time it comes to interpretation of the substantive conclusions, the assumptions on which the model has been based are easily forgotten. But it is precisely the empirical validity of these assumptions on which the usefulness of the entire exercise depends.

What is really needed, in most cases, is a very difficult and seldom very neat assessment and verification of these assumptions in terms of observed facts. Here mathematics cannot help and because of this, the interest and enthusiasm of the model builder suddenly begins to flag: “If you do not like my set of assumptions, give me another and I will gladly make you another model; have your pick.” …

But shouldn’t this harsh judgment be suspended in the face of the impressive volume of econometric work? The answer is decidedly no. This work can be in general characterized as an attempt to compensate for the glaring weakness of the data base available to us by the widest possible use of more and more sophisticated statistical techniques. Alongside the mounting pile of elaborate theoretical models we see a fast-growing stock of equally intricate statistical tools. These are intended to stretch to the limit the meager supply of facts … Like the economic models they are supposed to implement, the validity of these statistical tools depends itself on the acceptance of certain convenient assumptions pertaining to stochastic properties of the phenomena which the particular models are intended to explain; assumptions that can be seldom verified.

A salient feature of modern mainstream economics is the idea of science advancing through the use of “successive approximations” whereby ‘small-world’ models become more and more relevant and applicable to the ‘large world’ in which we live. Is this really a feasible methodology? Yours truly thinks not.

Most models in science are representations of something else. Models “stand for” or “depict” specific parts of a “target system” (usually the real world). And all empirical sciences use simplifying or unrealistic assumptions in their modelling activities. That is not the issue — as long as the assumptions made are not unrealistic in the wrong way or for the wrong reasons.

Theories are difficult to directly confront with reality. Economists therefore build models of their theories. Those models are representations that are directly examined and manipulated to indirectly say something about the target systems.

But models do not only face theory. They also have to look to the world. Being able to model a “credible world,” a world that somehow could be considered real or similar to the real world, is not the same as investigating the real world. Even though all theories are false, since they simplify, they may still possibly serve our pursuit of truth. But then they cannot be unrealistic or false in any way. The falsehood or unrealisticness has to be qualified.

If we cannot show that the mechanisms or causes we isolate and handle in our models are stable, in the sense that what when we export them from are models to our target systems they do not change from one situation to another, then they only hold under ceteris paribus conditions and a fortiori are of limited value for our understanding, explanation and prediction of our real world target system. No matter how many convoluted refinements of concepts made in the model, if the “successive approximations” do not result in models similar to reality in the appropriate respects (such as structure, isomorphism etc), the surrogate system becomes a substitute system that does not bridge to the world but rather misses its target.

So, I have to conclude that constructing “minimal economic models” — or using microfounded macroeconomic models as “stylized facts” or “stylized pictures” somehow “successively approximating” macroeconomic reality — is a rather unimpressive attempt at legitimizing using ‘small-world’ models and fictitious idealizations for reasons more to do with mathematical tractability than with a genuine interest of understanding and explaining features of real economies.

As noticed by Leontief, there is no reason to suspend this harsh judgment when facing econometrics. When it comes to econometric modelling one could, of course, choose to treat observational or experimental data as random samples from real populations. I have no problem with that (although it has to be noted that most ‘natural experiments’ are not based on random sampling from some underlying population — which, of course, means that the effect-estimators, strictly seen, only are unbiased for the specific samples studied). But econometrics does not content itself with that kind of populations. Instead, it creates imaginary populations of ‘parallel universes’ and assume that our data are random samples from that kind of  ‘infinite super populations.’ This is actually nothing else but hand-waving! And it is inadequate for real science. As David Freedman writes:

With this approach, the investigator does not explicitly define a population that could in principle be studied, with unlimited resources of time and money. The investigator merely assumes that such a population exists in some ill-defined sense. And there is a further assumption, that the data set being analyzed can be treated as if it were based on a random sample from the assumed population. These are convenient fictions … Nevertheless, reliance on imaginary populations is widespread. Indeed regression models are commonly used to analyze convenience samples … The rhetoric of imaginary populations is seductive because it seems to free the investigator from the necessity of understanding how data were generated.

Lars Jörgen Pålsson Syll (born November 5, 1957) is a Swedish economist who is a Professor of Social Studies and Associate professor of Economic History at Malmö University College. Pålsson Syll has been a prominent contributor to the economic debate in Sweden over the global financial crisis that began in 2008.
My articlesMy siteMy booksAbout me
Follow on:Twitter
Previous Even in the face of coup attempt, NYT continues propaganda for upward redistribution through trade
Next Trump crazy and intellectual crazy