Mainstream economics — a waste of time on a staggering scale

by
Lars Syll
My articles My siteMy booksMy videosAbout me
Follow on:Twitter
Summary:
From Lars Syll Though an enthusiast of reason, I believe that rational choice theory has failed abysmally, and it saddens me that this failure has brought discredit upon the very enterprise of serious theorizing in the field of social study … Rational choice theory is far too ambitious. In fact, it claims to explain everything social in terms of just three assumptions that would hold for all individuals in all social groups and in every historical period. But a Theory of Everything does not explain anything in particular … And being unable to account for differences among individuals and for the variety of social interactions, systems, processes, and institutions, the theory is bound to be unrealistic, i. e., false … The reader may feel that my criticism is excessive: that I am

Though an enthusiast of reason, I believe that rational choice theory has failed abysmally, and it saddens me that this failure has brought discredit upon the very enterprise of serious theorizing in the field of social study … 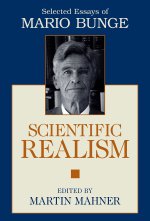 Rational choice theory is far too ambitious. In fact, it claims to explain everything social in terms of just three assumptions that would hold for all individuals in all social groups and in every historical period. But a Theory of Everything does not explain anything in particular … And being unable to account for differences among individuals and for the variety of social interactions, systems, processes, and institutions, the theory is bound to be unrealistic, i. e., false …

The reader may feel that my criticism is excessive: that I am throwing the baby out along with the bath water. My reaction is that there is no baby … It died long ago from mathematical anemia, from deficiency in the enzymes required to digest the simplest social facts, and from lack of exposure to the sound and light and fury of the social weather.

Most mainstream economists want to explain social phenomena, structures and patterns, based on the assumption that the agents are acting in an optimizing — rational — way to satisfy given, stable and well-defined goals.

The procedure is analytical. The whole is broken down into its constituent parts so as to be able to explain (reduce) the aggregate (macro) as the result of the interaction of its parts (micro). Building their economic models, modern mainstream economists ground their models on a set of core assumptions describing the agents as ‘rational’ actors and a set of auxiliary assumptions. Together these assumptions make up the base model of all mainstream economic models. Based on these two sets of assumptions, they try to explain and predict both individual and social phenomena.

When describing the actors as rational in these models, the concept of rationality used is instrumental rationality – choosing consistently the preferred alternative, which is judged to have the best consequences for the actor given his in the model exogenously given interests and goals. How these preferences, interests, and goals are formed is not considered to be within the realm of rationality, and a fortiori not constituting part of economics proper.

The picture given by this set of core assumptions – ‘rational choice’ – is a rational agent with strong cognitive capacity that knows what alternatives she is facing, evaluates them carefully, calculates the consequences and chooses the one – given her preferences – that she believes has the best consequences according to her. Weighing the different alternatives against each other, the actor makes a consistent optimizing choice and acts accordingly.

Besides the core assumptions the model also typically has a set of auxiliary assumptions that spatio-temporally specify the kind of social interaction between ‘rational’ actors that take place in the model. These assumptions can be seen as giving answers to questions such as: who are the actors and where and when do they act; which specific goals do they have; what are their interests; what kind of expectations do they have; what are their feasible actions; what kind of agreements (contracts) can they enter into; how much and what kind of information do they possess; and how do the actions of the different individuals interact with each other.

So, the base model basically consists of a general specification of what (axiomatically) constitutes optimizing rational agents and a more specific description of the kind of situations in which these rational actors act (making the auxiliary assumptions serve as a kind of restriction of the intended domain of application for the core assumptions and the deductively derived theorems). The list of assumptions can never be complete since there will always be unspecified background assumptions and some (often) silent omissions (usually based on some negligibility and applicability considerations). The hope, however, is that the ‘thin’ list of assumptions shall be sufficient to explain and predict ‘thick’ phenomena in the real, complex, world.

These models are not primarily constructed for being able to analyze individuals and their aspirations, motivations, interests, etc., but typically for analyzing social phenomena as a kind of equilibrium that emerges through the interaction between individuals.

Now, of course, no one takes the base model (and the models that build on it) as a good (or, even less, true) representation of reality (which would demand a high degree of appropriate conformity with the essential characteristics of the real phenomena, that, even when weighing in pragmatic aspects such as ‘purpose’ and ‘adequacy,’ it is hard to see that this ‘thin’ model could deliver). The model is typically seen as a kind of thought experimental ‘as if’ bench-mark device for enabling a rigorous mathematically tractable illustration of social interaction in an ideal-type model world, and to be able to compare that ‘ideal’ with reality. The ‘interpreted’ model is supposed to supply analytical and explanatory power, enabling us to detect and understand mechanisms and tendencies in what happens around us in real economies.

Based on the model – and on interpreting it as something more than a deductive-axiomatic system – predictions and explanations can be made and confronted with empirical data and what we think we know. The base model and its more or less tightly knit axiomatic core assumptions are used to set up further ‘as if’ models from which consistent and precise inferences are made. If the axiomatic premises are true, the conclusions necessarily follow. But if the models are to be relevant, we also have to argue that their precision and rigour still holds when they are applied to real-world situations. They often do not. When addressing real economies, the idealizations and abstractions necessary for the deductivist machinery to work simply do not hold.

If the real world is fuzzy, vague and indeterminate, then why should our models build upon a desire to describe it as precise and predictable? The logic of idealization, that permeates the base model, is a marvellous tool in mathematics and axiomatic-deductivist systems, but a poor guide for action in real-world systems, where concepts and entities are without clear boundaries and continually interact and overlap.

Being told that the model is rigorous and amenable to ‘successive approximations’ to reality is of little avail, especially when the law-like (nomological) core assumptions are highly questionable and extremely difficult to test. Being able to construct ‘thought-experiments’ depicting logical possibilities does not take us very far. An obvious problem with the mainstream base model is that it is formulated in such a way that it realiter is extremely difficult to empirically test and decisively ‘corroborate’ or ‘falsify.’ 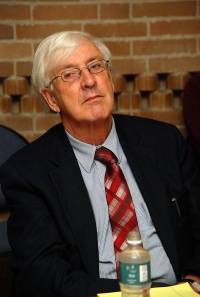 To achieve explanatory success, a theory should, minimally, satisfy two criteria: it should have determinate implications for behavior, and the implied behavior should be what we actually observe. These are necessary conditions, not sufficient ones. Rational-choice theory often fails on both counts. The theory may be indeterminate, and people may be irrational …

I believe that much work in economics and political science that is inspired by rational-choice theory is devoid of any explanatory, aesthetic or mathematical interest, which means that it has no value at all. I cannot make a quantitative assessment of the proportion of work in leading journals that fall in this category, but I am confident that it represents waste on a staggering scale.

Such models have — from an explanatory point of view — indeed no value at all. The ‘thinness’ is bought at too high a price unless you decide to leave the intended area of application unspecified or immunize your model by interpreting it as nothing more than two sets of assumptions making up a content-less theoretical system with no connection whatsoever to reality.

Lars Jörgen Pålsson Syll (born November 5, 1957) is a Swedish economist who is a Professor of Social Studies and Associate professor of Economic History at Malmö University College. Pålsson Syll has been a prominent contributor to the economic debate in Sweden over the global financial crisis that began in 2008.
My articlesMy siteMy booksAbout me
Follow on:Twitter
Previous The New York Times has not heard about China’s vaccines (or Russia or India’s)
Next Quick thoughts on the minimum wage

Is Biden Going To Blow Reentering The Iran Nuclear Deal?