by
Lars Pålsson Syll
My articles My siteAbout meMy booksMy videos
Follow on:Twitter
Summary:
From Lars Syll Paul Krugman has often been criticized by people like yours truly for getting things pretty wrong on  the economics of  John Maynard Keynes. When Krugman has responded to the critique, by himself rather gratuitously portrayed as about “What Keynes Really Meant,” the overall conclusion is — “Krugman Doesn’t Care.” Responding to a post up here on this blog, Krugman writes: Surely we don’t want to do economics via textual analysis of the masters. The questions one should ask about any economic approach are whether it helps us understand what’s going on, and whether it provides useful guidance for decisions. So I don’t care whether Hicksian IS-LM is Keynesian in the sense that Keynes himself would have approved of it, and neither should you. The reason for this rather

The empirical turn in economics 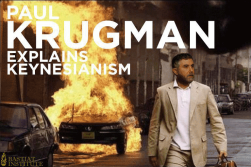 Paul Krugman has often been criticized by people like yours truly for getting things pretty wrong on  the economics of  John Maynard Keynes.

When Krugman has responded to the critique, by himself rather gratuitously portrayed as about “What Keynes Really Meant,” the overall conclusion is — “Krugman Doesn’t Care.”

Responding to a post up here on this blog, Krugman writes:

Surely we don’t want to do economics via textual analysis of the masters. The questions one should ask about any economic approach are whether it helps us understand what’s going on, and whether it provides useful guidance for decisions.

So I don’t care whether Hicksian IS-LM is Keynesian in the sense that Keynes himself would have approved of it, and neither should you.

The reason for this rather debonair attitude seems to be that history of economic thought may be OK, but what really counts is if reading Keynes gives birth to new and interesting insights and ideas.

No serious economist would question that explaining and understanding “what’s going on” in our economies is the most important task economists can set themselves — but it is not the only task.  And to compare one’s favourite economic gadget model to what “austerians” and other madmen from Chicago have conjured up, well, that’s like playing tennis with the nets down, and we have to have higher aspirations as scientists.

Although I have a lot of sympathy for Krugman’s view on authority, there is also a somewhat disturbing and unbecoming coquetting in his attitude towards the great forerunners he is discussing. Krugman is a great economist, but it smacks not so little of hubris to simply say “if where you take the idea is very different from what the great man said somewhere else in his book, so what?” Physicists arguing like that when discussing Newton, Einstein, Bohr or Feynman would not be taken seriously.

Krugman’s comment on this issue is interesting, however, because it sheds light on a kind of inconsistency in his own art of argumentation. Krugman has in more than one article criticized mainstream economics for using to much (bad) mathematics and axiomatics in their model-building endeavours. But when it comes to defending his own position on various issues, he usually himself ultimately falls back on the same kind of models. Models that actually, when it comes to methodology and assumptions, have a lot in common with the kind of model-building he otherwise criticizes. And although Krugman repeatedly says that he is a strong believer in “simple models,” those models are far from simple.

But I think the absolute all-time low in Krugman’s response is this remarkable passage:

Has declaring uncertainty to be unquantifiable, and mathematical modeling in any form foolish, been productive? Remember, that’s what the Austrians say too. 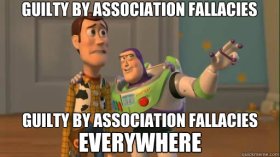 I won’t comment on the shameful guilt-by-association part of the quote, but re uncertainty it’s absolutely gobsmacking how Krugman manages to mix up the ontological question — is the economy permeated by calculable risk or by genuine and often not calculable uncertainty  — with the epistemological question — how do we manage to analyze/understand/explain/model such an economy. Here Krugman seems to say — much in the spirit of Robert Lucas — that if reality is uncertain and non-ergodic, well then let’s just pretend it’s ergodic and susceptible to standard probabilistic analysis, so that we can go on with our FORTRAN programs and mathematical models! In other areas of science that would rightfully be considered fraud, but in “modern” mainstream economics it’s obviously thought of as an unprobematic and justified procedure.

And then, of course, not really trying to clinch the deep theoretical issue at stake, Krugman for the n:th time puts forward his IS-LM gadget interpretation of economics.

Being able to model a “gadget world” — a world that somehow could be considered real or similar to the real world — is not the same as investigating the real world. Even though all theories are false, since they simplify, they may still possibly serve our pursuit of truth. But then they cannot be unrealistic or false in any way. The falsehood or lack of realism has to be qualified.

No matter how many convoluted refinements of concepts made in the gadget model, if the “successive approximations” do not result in models similar to reality in the appropriate respects (such as structure, isomorphism etc), the surrogate gadget system becomes a substitute system that does not bridge to the world, but rather misses its target.

So — constructing gadgets like IS-LM macroeconomic models as “stylized facts” somehow “successively approximating” macroeconomic reality, is a rather unimpressive attempt at legitimizing using fictitious idealizations for reasons more to do with model tractability than with a genuine interest of understanding and explaining features of real economies. Many of the model assumptions made in IS-LM models and “New Keynesian” DSGE models are restrictive  rather than harmless and could a fortiori anyway not in any sensible meaning be considered approximations at all.

Where does all this leave us? Well, I for one, is not the least impressed by Krugman’s gadget interpretation of economics. And if labels are as uninteresting as he says — well, then I suggest Krugman and other “New Keynesians” stop calling themselves Keynesians at all. I’m pretty sure Keynes would have appreciated not having his theories and thoughts being referred to by people having preciously little to do with those theories and thoughts.

Studying great forerunners like Keynes may help us to construct better and more relevant economic models – models that really help us to explain and understand reality. So when Krugman writes

we do want, somewhere along the way, to get across the notion of the self-correcting economy, the notion that in the long run, we may all be dead, but that we also have a tendency to return to full employment via price flexibility

I would certainly recommend him to compare his own statement with what Keynes himself wrote:

Though we all started out in the same direction, we soon parted company into two main groups. What made the cleavage that thus divided us?

On the one side were those who believed that the existing economic system is in the long run self-adjusting, though with creaks and groans and jerks, and interrupted by time-lags, outside interference and mistakes … These economists did not, of course, believe that the system is automatic or immediately self-adjusting, but they did maintain that it has an inherent tendency towards self-adjustment, if it is not interfered with, and if the action of change and chance is not too rapid.

Those on the other side of the gulf, however, rejected the idea that the existing economic system is, in any significant sense, self-adjusting. They believed that the failure of effective demand to reach the full potentialities of supply, in spite of human psychological demand being immensely far from satisfied for the vast majority of individuals, is due to much more fundamental causes …

The gulf between these two schools of thought is deeper, I believe, than most of those on either side of it realize. On which side does the essential truth lie?

The strength of the self-adjusting school depends on its having behind it almost the whole body of organized economic thinking and doctrine of the last hundred years. This is a formidable power. It is the product of acute minds and has persuaded and convinced the great majority of the intelligent and disinterested persons who have studied it. It has vast prestige and a more far-reaching influence than is obvious. For it lies behind the education and the habitual modes of thought, not only of economists but of bankers and business men and civil servants and politicians of all parties …

Thus, if the heretics on the other side of the gulf are to demolish the forces of nineteenth-century orthodoxy … they must attack them in their citadel … Now I range myself with the heretics. I believe their flair and their instinct move them towards the right conclusion. But I was brought up in the citadel and I recognize its power and might … For me, therefore, it is impossible to rest satisfied until I can put my finger on the flaw in the part of the orthodox reasoning that leads to the conclusions that for various reasons seem to me to be inacceptable. I believe that I am on my way to do so. There is, I am convinced, a fatal flaw in that part of the orthodox reasoning that deals with the theory of what determines the level of effective demand and the volume of aggregate employment …