The main insight of MMT

by
Lars Pålsson Syll
My articles My siteAbout meMy booksMy videos
Follow on:Twitter
Summary:
From Lars Syll MMT is, first and foremost, a balance sheet approach to macroeconomics. At its very core lie reserve accounting, then deposit accounting, and then sectoral balances accounting. There is very little behaviour in any of this. Equilibrium rules as all balances balance – in both flows and stocks – and there are no assumptions apart from the existence of a central bank, a Treasury, a banking system and some households and firms. MMT can only be learned by mastering its balance sheet approach. It can only be engaged by discussing the balance sheet operations it puts forward. It is here where value is added … First of all, the main insight of MMT is that the mainstream has the sequence wrong. Whereas they assume that government expenditure is financed by taxes, MMT assumes that

Dean Baker writes Socialism ain’t what it used to be

Socialism ain’t what it used to be 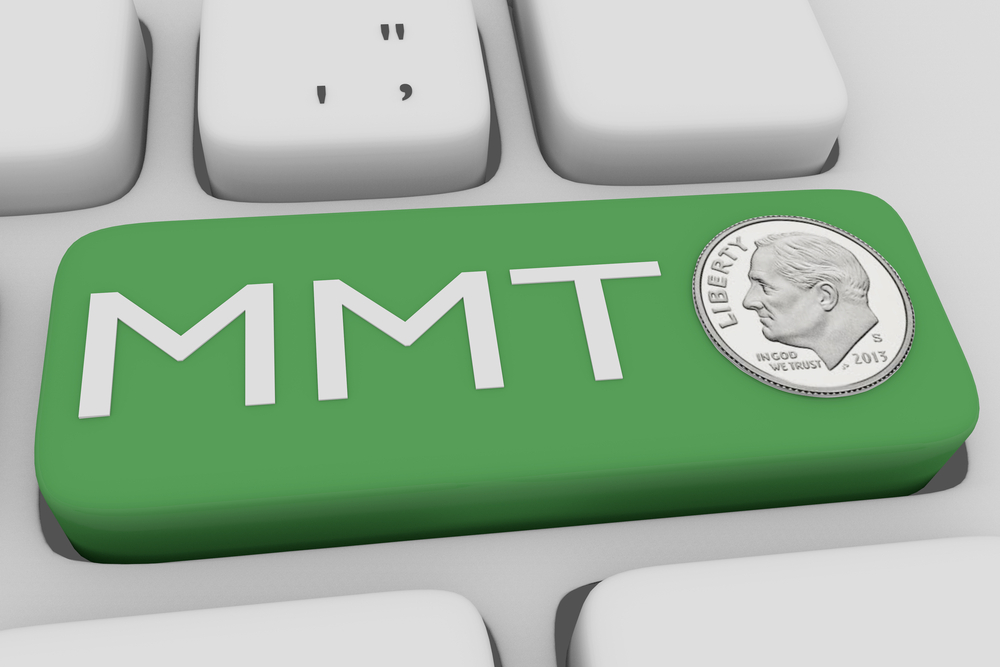 MMT is, first and foremost, a balance sheet approach to macroeconomics. At its very core lie reserve accounting, then deposit accounting, and then sectoral balances accounting. There is very little behaviour in any of this. Equilibrium rules as all balances balance – in both flows and stocks – and there are no assumptions apart from the existence of a central bank, a Treasury, a banking system and some households and firms. MMT can only be learned by mastering its balance sheet approach. It can only be engaged by discussing the balance sheet operations it puts forward. It is here where value is added …

First of all, the main insight of MMT is that the mainstream has the sequence wrong. Whereas they assume that government expenditure is financed by taxes, MMT assumes that government spending is financed by money creation. MMT stresses that the central bank, empowered by the law and serving the state, is the monopoly issuer of currency … This logically means that the state has to spend before taxes can be paid … When taxpayers pay their taxes (or banks buy government bonds on the primary market), they first need to have state money.

Fiscal deficits always lead to an increase in the supply of financial assets held in the nongovernmental sector of the economy. This real-world fact, of course, constitutes a huge problem for mainstream (textbook) macroeconomic theory with its models building on ‘money multipliers’ and ‘loanable funds.’

The loanable funds theory is in many regards nothing but an approach where the ruling rate of interest in society is — pure and simple — conceived as nothing else than the price of loans or credit, determined by supply and demand — as Bertil Ohlin put it — “in the same way as the price of eggs and strawberries on a village market.”

In the traditional loanable funds theory — as presented in mainstream macroeconomics textbooks — the amount of loans and credit available for financing investment is constrained by how much saving is available. Saving is the supply of loanable funds, investment is the demand for loanable funds and assumed to be negatively related to the interest rate.

As argued by Kelton, there are many problems with the standard presentation and formalization of the loanable funds theory. And more can be added to the list:

1 As already noticed by James Meade decades ago, the causal story told to explicate the accounting identities used gives the picture of “a dog called saving wagged its tail labelled investment.” In Keynes’s view — and later over and over again confirmed by empirical research — it’s not so much the interest rate at which firms can borrow that causally determines the amount of investment undertaken, but rather their internal funds, profit expectations and capacity utilization.

2 As is typical of most mainstream macroeconomic formalizations and models, there is pretty little mention of real-world​ phenomena, like e. g. real money, credit rationing and the existence of multiple interest rates, in the loanable funds theory. Loanable funds theory essentially reduces modern monetary economies to something akin to barter systems — something they definitely are not. As emphasized especially by Minsky, to understand and explain how much investment/loaning/crediting is going on in an economy, it’s much more important to focus on the working of financial markets than staring at accounting identities like S = Y – C – G. The problems we meet on modern markets today have more to do with inadequate financial institutions than with the size of loanable-funds-savings.

3 The loanable funds theory in the “New Keynesian” approach means that the interest rate is endogenized by assuming that Central Banks can (try to) adjust it in response to an eventual output gap. This, of course, is essentially nothing but an assumption of Walras’ law being valid and applicable, and that a fortiori the attainment of equilibrium is secured by the Central Banks’ interest rate adjustments. From a realist Keynes-Minsky point of view, this can’t be considered anything else than a belief resting on nothing but sheer hope. [Not to mention that more and more Central Banks actually choose not to follow Taylor-like policy rules.] The age-old belief that Central Banks control the money supply has more and more come to be questioned and replaced by an “endogenous” money view, and I think the same will happen to the view that Central Banks determine “the” rate of interest.

4 A further problem in the traditional loanable funds theory is that it assumes that saving and investment can be treated as independent entities. To Keynes this was seriously wrong: 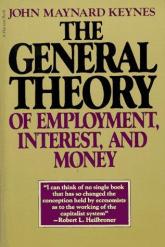 The classical theory of the rate of interest [the loanable funds theory] seems to suppose that, if the demand curve for capital shifts or if the curve relating the rate of interest to the amounts saved out of a given income shifts or if both these curves shift, the new rate of interest will be given by the point of intersection of the new positions of the two curves. But this is a nonsense theory. For the assumption that income is constant is inconsistent with the assumption that these two curves can shift independently of one another. If either of them shifts​, then, in general, income will change; with the result that the whole schematism based on the assumption of a given income breaks down … In truth, the classical theory has not been alive to the relevance of changes in the level of income or to the possibility of the level of income being actually a function of the rate of the investment.

There are always (at least) two parts to an economic transaction. Savers and investors have different liquidity preferences and face different choices — and their interactions usually only take place intermediated by financial institutions. This, importantly, also means that there is no “direct and immediate” automatic interest mechanism at work in modern monetary economies. What this ultimately boils done to is — iter — that what happens at the microeconomic level — both in and out of equilibrium —  is not always compatible with the macroeconomic outcome. The fallacy of composition (the “atomistic fallacy” of Keynes) has many faces — loanable funds is one of them.

What is “forgotten” in the loanable funds theory, is the insight that finance — in all its different shapes — has its own dimension, and if taken seriously, its effect on an analysis must modify the whole theoretical system and not just be added as an unsystematic appendage. Finance is fundamental to our understanding of modern economies and acting like the baker’s apprentice who, having forgotten to add yeast to the dough, throws it into the oven afterwards, simply isn’t enough. 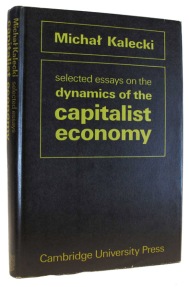 It should be emphasized that the equality between savings and investment … will be valid under all circumstances. In particular, it will be independent of the level of the rate of interest which was customarily considered in economic theory to be the factor equilibrating the demand for and supply of new capital. In the present conception investment, once carried out, automatically provides the savings necessary to finance it. Indeed, in our simplified model, profits in a given period are the direct outcome of capitalists’ consumption and investment in that period. If investment increases by a certain amount, savings out of profits are pro tanto higher …

One important consequence of the above is that the rate of interest cannot be determined by the demand for and supply of new capital because investment ‘finances itself.’

Learning from History? Questions from a Back Bencher