Home / The Angry Bear / Old Vet on The Passion of Immigration

Old Vet on The Passion of Immigration

by
Dan Crawford
My articles My books
Follow on:Twitter
Summary:
(Dan here…this is a post from 2007 by Old Vet, a regular at Angry Bear during this time period.  Pre Trump.  Peter Dorman reminded me of Old Vet, and Mike Kimel dared me to put this Old Vet post up.  Here it is.) Old Vet on The Passion of Immigration  November 19, 2007 This post is by OldVet… —– When you make a man into a monkey That monkey’s gonna monkey around” (Delbert McClinton song) Call me a Monkey’s Uncle. Out of pure frustration with the name calling debate on immigration, I can’t help wanting to tweak some tails. My daughter LittleVet is French/American and lives in Paris . She has a living great-grandfather named Franz who is German and a former Luftwaffe pilot in WWII who learned a bit of English as a POW working in Louisiana cane

Dan Crawford writes The 2020 Presidential and Senate nowcast: not a good week for Biden

A Beady-Eyed Religious Fanatic For The Supreme Court

(Dan here…this is a post from 2007 by Old Vet, a regular at Angry Bear during this time period.  Pre Trump.  Peter Dorman reminded me of Old Vet, and Mike Kimel dared me to put this Old Vet post up.  Here it is.)

Old Vet on The Passion of Immigration 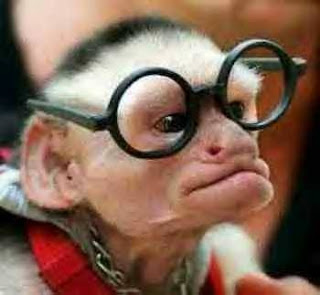 Call me a Monkey’s Uncle. Out of pure frustration with the name calling debate on immigration, I can’t help wanting to tweak some tails.

My daughter LittleVet is French/American and lives in Paris . She has a living great-grandfather named Franz who is German and a former Luftwaffe pilot in WWII who learned a bit of English as a POW working in Louisiana cane fields. She has a grandfather on the other side named Mohammed who lives in Algeria . One great grandmother on my side emigrated from Bremen after the turn of the century in 1905, and other relatives emigrated as indentured servants from debtor’s prisons in Paris . The wheel turns for LittleVet. I’ve lived as a guest in eight foreign territories outside the US . Moving around the world is something I understand in my bones. This year I was told by my more liberal brother that I was becoming a “populist demagogue” and by my conservative brother that I was a “liberal social engineer.” My sister told me I was “some sort of Libertarian capitalist.” Who, me? What is going on here?

Yesterday my neighbor Joe complained about lawsuits brought against our sheriff in Tennessee, who routinely picks up illegal immigrants found during arrests and turns them over to ICE. Joe lost his job after 32 years last year when his factory shut down and moved to Mexico and his firm invested in a new plant in Russia rather than here at home. He’s got a high school education. I heard a young couple with a child – one white, one black, and one mixed – worrying about how to find jobs while we ate in a “meat-and-three” diner this week. I heard virulent anti-immigrant rhetoric on “talk radio” as I drove into town one day, from a Rush Limbaugh wanna-be. Joe and I were discussing the qualities of fire wood when Joe’s best friend from the plant pulled up – he was black. They both talked about a mini-wave of Mexican crimes with Joe’s nephew, who is a cop, and they were worried about it. What about my many Cuban immigrant friends and former co-workers in Miami? One Cuban asked me what the churches were offering sanctuary to Mexicans for, from poverty? He said the best cure for poverty was hard work, and if people wanted to be citizens, they should follow the same rules as everybody else. A Mexican perfectly legal immigrant whose son used to help us plant trees, and whose daughter was valedictorian of her university graduating class, said the same thing last year. The medical, educational, and policing costs are treated as the only costs of mass immigration, rather than the job losses and job downgrades and the loss of technological innovation in service industries.

I read blogs that call any anti-immigration writer “racist, xenophobe, and nativist.” Virtually every economist of note whose works I read, and most intellectually interesting writers on politics, line up firmly in the camp of wide open immigration. Labor unions, leaders of corporate America, both Democrats and Republicans, want open borders. Church leaders talk about “sanctuary” for cities and churches to hide illegal immigrants on the run. Virtually every leading politician wants some version of amnesty for those in the US without papers. Technological innovation in low-tech service industries in the US is as close to Zero as you can get, and cheap labor is used as a substitute for capital investment in education or equipment. Crowded cities are flooded with more poor people looking for jobs. Religious leaders want more credulous minds and donors filling their pews in church, and labor unions want a flood of fresh laborers to swell their ranks. Business elites from Bill Gates to Jack Welch to the WalMart Waltons want cheaper labor and higher profits. College professors in safe tenured jobs declare their willingness to save the world’s poor rather than America ’s poor. Ayn Rand sycophants shrug at complaints – let them starve. Everybody wants to do something about the warming planet and melting ice caps, but nobody wants to talk about a population explosion that has caused it. Less educated and less wealthy Americans compete with an unending stream of immigrant and outsourcing labor competition, while our elites nimbly move their capital around the world and acquire ever-more-sophisticated skills in short supply

My opinion is that there is a complete, non-political split between the educated elites in America, and the rest. I can beam instructions to my broker via satellite from rural Tennessee and make money to supplement my small pension. My neighbor is 60 and looking for a job that will cover health care costs, in competition with increasing numbers of young Americans and immigrants. It’s ironic – his job moved to Mexico, and he now competes with Mexicans in America for jobs. Joe told me he thought nobody game a damn, and I told him about 70% of Americans did, but they were not in charge. Where here does the anger come from?

It’s from a sense of betrayal. In a very crowded country, more immigrants are waived across the border like in a NASCAR finish. A historical sense of being “one country” has broken down, and those who were willing to be workers and led by the elites of American society are rebelling. The 70% majority of Americans have no one to turn to for help, or at least that is the feeling. As “rdan” points out no measure taken so far come close to helping those who are losing out. America is very good, in the final analysis, at spreading the costs of a society but very poor at spreading the benefits. How do we get that dynamic spirit of immigrants with a sparkle in their eye, and at the same time lift the spirits and the fortunes of ordinary Americans? Just saying it’s happening is delusional. Either trust will be restored by the elites, who control the power and the money in this country, or it won’t.

IMHO, an historic blunder has been made both by those who lead and those who follow. (a) Leaders, especially political Democratic leadership, risk a complete rupture with its historical supporters in a risky gamble that new immigrants will swell their voter ranks (and, even a more risky bet, that they’ll vote Democratic.) Republican leaders, who cynically collared fundamentalist religious voters successfully since 2000, are more closely in touch with poorer economic classes, and now shout about the immigration flood that they themselves have sponsored so successfully. (b) Those that follow – the 70% of Americans who just put one foot in front of another – have made the blunder of ignoring their educations, their work ethic, and above all their political system. Some 46% of eligible Americans did not vote in 2004, and some 48% couldn’t be bothered in 2000. Yet Americans feel they’ve been turned into organ grinders’ monkeys, and they’re passionate about that betrayal. Disagree?

aka Rdan owns, designs, moderates, and manages Angry Bear since 2007. Dan is the fourth ‘owner’.
My articlesMy books
Follow on:Twitter
Previous Can The US Assassination Of Qasem Solemiani Be Justified?
Next Preventing Surprise Medical Bills

Can The US Assassination Of Qasem Solemiani Be Justified?