by
Lars Pålsson Syll
My articles My siteMy booksAbout me
Follow on:Twitter
Summary:
MMT — debunking the deficit myth We have already shown that deficit spending increases our collective savings. But what happens if Uncle Sam borrows when he runs a deficit? Is that wht eats up savings and forces interest rates higher? The answer is no. The financial crowding-out story asks us to imagine that there’s a fixed supply of savings from which anyone can attempt to borrow … MMT rejects the loanable funds story, which is rooted in the idea that borrowing is limited by access to scarce financial resources … Government deficits always lead to a dollar-for-dollar increase in the supply of net financial assets held in the nongovernment bucket. That’s not a theory. That’s not an opinion. It’s just the cold hard reality of stock-flow consistent

Lars Pålsson Syll writes What’s the use of economic models?

Why game theory fails to live up to its promise 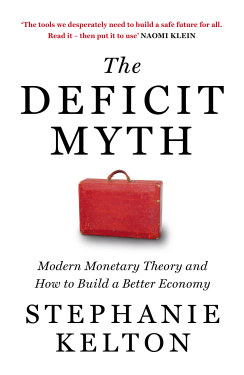 We have already shown that deficit spending increases our collective savings. But what happens if Uncle Sam borrows when he runs a deficit? Is that wht eats up savings and forces interest rates higher? The answer is no.

MMT rejects the loanable funds story, which is rooted in the idea that borrowing is limited by access to scarce financial resources …

Government deficits always lead to a dollar-for-dollar increase in the supply of net financial assets held in the nongovernment bucket. That’s not a theory. That’s not an opinion. It’s just the cold hard reality of stock-flow consistent accounting.

So fiscal deficits — even with government borrowing — can’t leave behind a smaller supply of dollar savings. And if that can’t happen, then a shrinking pool of dollar savings can’t be responsible for driving borrowing costs higher. Clearly, this presents a problem for the conventional crowding-out theory, which claims that government spending and private investment compete for a finite pool of savings.

The loanable funds theory is in many regards nothing but an approach where the ruling rate of interest in society is — pure and simple — conceived as nothing else than the price of loans or credit, determined by supply and demand in the same way as the price of bread and butter on a village market. In the traditional loanable funds theory — as presented in mainstream macroeconomics textbooks — the amount of loans and credit available for financing investment is constrained by how much saving is available. Saving is the supply of loanable funds, investment is the demand for loanable funds and assumed to be negatively related to the interest rate.

As argued by Kelton in The Deficit Myth there are many problems with the standard presentation and formalization of the loanable funds theory. And more can be added to the list:

1 As already noticed by James Meade decades ago, the causal story told to explicate the accounting identities used gives the picture of “a dog called saving wagged its tail labeled investment.” In Keynes’s view — and later over and over again confirmed by empirical research — it’s not so much the interest rate at which firms can borrow that causally determines the amount of investment undertaken, but rather their internal funds, profit expectations, and capacity utilization.

2 As is typical of most mainstream macroeconomic formalizations and models, there is pretty little mention of real-world​ phenomena, like e. g. real money, credit rationing, and the existence of multiple interest rates, in the loanable funds theory. Loanable funds theory essentially reduces modern monetary economies to something akin to barter systems — something they definitely are not. As emphasized especially by Minsky, to understand and explain how much investment/loaning/ crediting is going on in an economy, it’s much more important to focus on the working of financial markets than staring at accounting identities like S = Y – C – G. The problems we meet on modern markets today have more to do with inadequate financial institutions than with the size of loanable-funds-savings.

4 A further problem in the traditional loanable funds theory is that it assumes that saving and investment can be treated as independent entities. To Keynes, this was seriously wrong. As he wrote in General Theory:

The classical theory of the rate of interest [the loanable funds theory] seems to suppose that if the demand curve for capital shifts or if the curve relating the rate of interest to the amounts saved out of a given income shift or if both these curves shift, the new rate of interest will be given by the point of intersection of the new positions of the two curves. But this is a nonsense theory. For the assumption that income is constant is inconsistent with the assumption that these two curves can shift independently of one another. If either of them shifts​, then, in general, income will change; with the result that the whole schematism based on the assumption of a given income breaks down … In truth, the classical theory has not been alive to the relevance of changes in the level of income or to the possibility of the level of income being actually a function of the rate of the investment.

What is “forgotten” in the loanable funds theory, is the insight that finance — in all its different shapes — has its own dimension, and if taken seriously, its effect on an analysis must modify the whole theoretical system and not just be added as an unsystematic appendage. Finance is fundamental to our understanding of modern economies and acting like the baker’s apprentice who, having forgotten to add yeast to the dough, throws it into the oven afterward, simply isn’t enough.

Fallacy 2
Urging or providing incentives for individuals to try to save more is said to stimulate investment and economic growth. 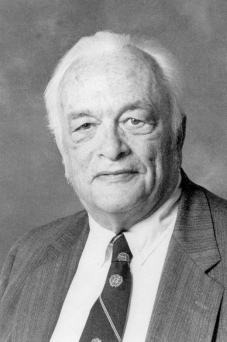 Saving does not create “loanable funds” out of thin air. There is no presumption that the additional bank balance of the saver will increase the ability of his bank to extend credit by more than the credit supplying ability of the vendor’s bank will be reduced … With unemployed resources available, saving is neither a prerequisite nor a stimulus to, but a consequence of capital formation, as the income generated by capital formation provides a source of additional savings.

Fallacy 3
Government borrowing is supposed to “crowd out” private investment.

The current reality is that on the contrary, the expenditure of the borrowed funds (unlike the expenditure of tax revenues) will generate added disposable income, enhance the demand for the products of private industry, and make private investment more profitable. As long as there are plenty of idle resources lying around, and monetary authorities behave sensibly, (instead of trying to counter the supposedly inflationary effect of the deficit) those with a prospect for profitable investment can be enabled to obtain financing. Under these circumstances, each additional dollar of deficit will in the medium long run induce two or more additional dollars of private investment. The capital created is an increment to someone’s wealth and ipso facto someone’s saving. “Supply creates its own demand” fails as soon as some of the income generated by the supply is saved, but investment does create its own saving, and more. Any crowding out that may occur is the result, not of underlying economic reality, but of inappropriate restrictive reactions on the part of a monetary authority in response to the deficit.

Professor at Malmö University. Primary research interest - the philosophy, history and methodology of economics.
My articlesMy siteMy booksAbout me
Follow on:Twitter
Previous How (not) to do economics
Next Top economics influencers to follow

A comment on the current tensions between Greece and Turkey – S.Mavroudeas PRESS TV 11-8-2020