by
Lars Pålsson Syll
My articles My siteAbout meMy booksMy videos
Follow on:Twitter
Summary:
Deductivism — the original sin in mainstream economics Mathematics, especially through the work of David Hilbert, became increasingly conceived as a practice concerned with formulating systems comprising sets of axioms and their deductive consequences, with these systems in effect taking on a life of their own … The emergence of the axiomatic method removed at a stroke various hitherto insurmountable constraints facing those who would mathematise the discipline of economics … In particular it was no longer regarded as necessary, or even relevant, to economic model construction to consider the nature of social reality … The result was that in due course deductivism in economics, through morphing into mathematical deductivism on the back of developments

Biggest joke of the century

Mathematics, especially through the work of David Hilbert, became increasingly conceived as a practice concerned with formulating systems comprising sets of axioms and their deductive consequences, with these systems in effect taking on a life of their own …

The emergence of the axiomatic method removed at a stroke various hitherto insurmountable constraints facing those who would mathematise the discipline of economics … In particular it was no longer regarded as necessary, or even relevant, to economic model construction to consider the nature of social reality …

The result was that in due course deductivism in economics, through morphing into mathematical deductivism on the back of developments within the discipline of mathematics, came to acquire a new lease of life, with practitioners (once more) potentially oblivious to any inconsistency between the ontological presuppositions of adopting a mathematical modelling emphasis and the nature of social reality. 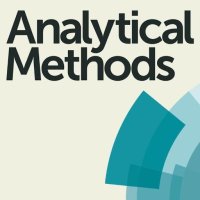 Mathematics and logic cannot establish the truth value of facts. Never has. Never will.

Professor at Malmö University. Primary research interest - the philosophy, history and methodology of economics.
My articlesMy siteAbout meMy books
Follow on:Twitter
Previous What we do in life echoes in eternity
Next Causal inference in social sciences (student stuff)