by
Lars Pålsson Syll
My articles My siteAbout meMy booksMy videos
Follow on:Twitter
Summary:
In Social Science and Medicine (December 2017), Angus Deaton & Nancy Cartwright argue that RCTs do not have any warranted special status. They are, simply, far from being the ‘gold standard’ they are usually portrayed as: Randomized Controlled Trials (RCTs) are increasingly popular in the social sciences, not only in medicine. We argue that the lay public, and sometimes researchers, put too much trust in RCTs over other methods of in- vestigation. Contrary to frequent claims in the applied literature, randomization does not equalize everything other than the treatment in the treatment and control groups, it does not automatically deliver a precise estimate of the average treatment effect (ATE), and it does not relieve us of the need to think about (observed or un- observed)

Lars Pålsson Syll writes Is causality only in the mind?

Economics — a science in need of a paradigm shift

Orban’s Hungary — a shame for all of Europe

In Social Science and Medicine (December 2017), Angus Deaton & Nancy Cartwright argue that RCTs do not have any warranted special status. They are, simply, far from being the ‘gold standard’ they are usually portrayed as: 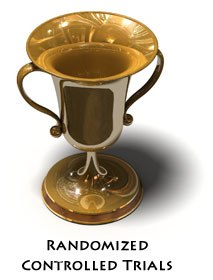 Randomized Controlled Trials (RCTs) are increasingly popular in the social sciences, not only in medicine. We argue that the lay public, and sometimes researchers, put too much trust in RCTs over other methods of in- vestigation. Contrary to frequent claims in the applied literature, randomization does not equalize everything other than the treatment in the treatment and control groups, it does not automatically deliver a precise estimate of the average treatment effect (ATE), and it does not relieve us of the need to think about (observed or un- observed) covariates. Finding out whether an estimate was generated by chance is more difficult than commonly believed. At best, an RCT yields an unbiased estimate, but this property is of limited practical value. Even then, estimates apply only to the sample selected for the trial, often no more than a convenience sample, and justi- fication is required to extend the results to other groups, including any population to which the trial sample belongs, or to any individual, including an individual in the trial. Demanding ‘external validity’ is unhelpful because it expects too much of an RCT while undervaluing its potential contribution. RCTs do indeed require minimal assumptions and can operate with little prior knowledge. This is an advantage when persuading dis- trustful audiences, but it is a disadvantage for cumulative scientific progress, where prior knowledge should be built upon, not discarded. RCTs can play a role in building scientific knowledge and useful predictions but they can only do so as part of a cumulative program, combining with other methods, including conceptual and theoretical development, to discover not ‘what works’, but ‘why things work’.

My view is that randomisation should not be used as an excuse for ignoring what is known and observed but that it does deal validly with hidden confounders. It does not do this by delivering answers that are guaranteed to be correct; nothing can deliver that. It delivers answers about which valid probability statements can be made and, in an imperfect world, this has to be good enough. Another way I sometimes put it is like this: show me how you will analyse something and I will tell you what allocations are exchangeable. If you refuse to choose one at random I will say, “why? Do you have some magical thinking you’d like to share?”

There is a strange form of reasoning we often see in science, which is the idea that a chain of reasoning is as strong as its strongest link. The social science and medical research literature is full of papers in which a randomized experiment is performed, a statistically significant comparison is found, and then story time begins, and continues, and continues—as if the rigor from the randomized experiment somehow suffuses through the entire analysis …

One way to get a sense of the limitations of controlled trials is to consider the conditions under which they can yield meaningful, repeatable inferences. The measurement needs to be relevant to the question being asked; missing data must be appropriately modeled; any relevant variables that differ between the sample and population must be included as potential treatment interactions; and the underlying effect should be large. It is difficult to expect these conditions to be satisfied without good substantive understanding. As Deaton and Cartwright put it, “when little prior knowledge is available, no method is likely to yield well-supported conclusions.” Much of the literature in statistics, econometrics, and epidemiology on causal identification misses this point, by focusing on the procedures of scientific investigation—in particular, tools such as randomization and p-values which are intended to enforce rigor—without recognizing that rigor is empty without something to be rigorous about.

My own view is that nowadays many social scientists maintain that ‘imaginative empirical methods’ — such as natural experiments, field experiments, lab experiments, RCTs — can help us to answer questions concerning the external validity of models used in social sciences. In their view they are more or less tests of ‘an underlying model’ that enable them to make the right selection from the ever expanding ‘collection of potentially applicable models.’ When looked at carefully, however, there are in fact few real reasons to share this optimism.

Limiting model assumptions in science always have to be closely examined since if we are going to be able to show that the mechanisms or causes that we isolate and handle in our models are stable in the sense that they do not change when we ‘export’ them to our ‘target systems,’ we have to be able to show that they do not only hold under ceteris paribus conditions and a fortiori only are of limited value to our understanding, explanations or predictions of real-world systems.

Most ‘randomistas’ underestimate the heterogeneity problem. It does not just turn up as an external validity problem when trying to ‘export’ regression results to different times or different target populations. It is also often an internal problem to the millions of regression estimates that are produced every year.

Just as econometrics, randomization promises more than it can deliver, basically because it requires assumptions that in practice are not possible to maintain. And just like econometrics, randomization is basically a deductive method. Given the assumptions, these methods deliver deductive inferences. The problem, of course, is that we will never completely know when the assumptions are right. And although randomization may contribute to controlling for confounding, it does not guarantee it, since genuine ramdomness presupposes infinite experimentation and we know all real experimentation is finite. And even if randomization may help to establish average causal effects, it says nothing of individual effects unless homogeneity is added to the list of assumptions. Causal evidence generated by randomization procedures may be valid in ‘closed’ models, but what we usually are interested in, is causal evidence in the real-world target system we happen to live in.

In our days, serious arguments have been made from data. Beautiful, delicate theorems have been proved, although the connection with data analysis often remains to be established. And an enormous amount of fiction has been produced, masquerading as rigorous science …

Indeed, far-reaching claims have been made for the superiority of a quantitative template that depends on modeling — by those who manage to ignore the far-reaching assumptions behind the models. However, the assumptions often turn out to be unsupported by data. If so, the rigor of advanced quantitative methods is a matter of appearance rather than substance …

Professor at Malmö University. Primary research interest - the philosophy, history and methodology of economics.
My articlesMy siteAbout meMy books
Follow on:Twitter
Previous Some methodological perspectives on causal modeling in economics
Next The role of manipulation and intervention in theories of causality