by
Matias Vernengo
My articles My siteMy booksMy videos
Follow on:TwitterLinkedIN
Summary:
By Jan Toporowski*Jerzy completed his matriculation at Juliusz Słowacki Liceum in Warsaw and went on to study economics in the elite foreign trade faculty of the Main School of Planning and Statistics (Szkoła Główna Planowania i Statystyki SGPiS – now reverted to its pre-War name of the Main School of Commerce Szkoła Główna Handlowa). He completed his PhD there and by then had fallen into the circle of economists around Michał Kalecki, who lectured on the economics of capitalism and convened seminars on economic planning and development economics. Jerzy started teaching, and was remembered as a charismatic teacher who made himself available to students and was willing to explain, instead of just repeating dogmas. His brother Wiktor became a well-known writer. A concert-pianist sister

Matias Vernengo writes Life among the Econ: fifty years on 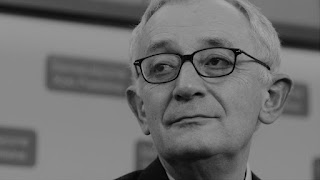 Jerzy completed his matriculation at Juliusz Słowacki Liceum in Warsaw and went on to study economics in the elite foreign trade faculty of the Main School of Planning and Statistics (Szkoła Główna Planowania i Statystyki SGPiS – now reverted to its pre-War name of the Main School of Commerce Szkoła Główna Handlowa). He completed his PhD there and by then had fallen into the circle of economists around Michał Kalecki, who lectured on the economics of capitalism and convened seminars on economic planning and development economics. Jerzy started teaching, and was remembered as a charismatic teacher who made himself available to students and was willing to explain, instead of just repeating dogmas. His brother Wiktor became a well-known writer. A concert-pianist sister married an Englishman and left Poland to live in London.

In 1963 he joined the ruling Polish United Workers’ Party, a natural move for a socialist with ambitions to have a voice in political discussions, if only on the topic of socialist economic and political reform. Kalecki (who never joined any party) was criticising the economic plans being implemented by the government, and the younger generation of Party members, most notably Jacek Kuroń and Karol Modzelewski, were demanding democracy. This would have been a polite discussion were it not for rising discontent in the country at large over shortages of food and other basic articles of consumption, the result of the government’s economic mismanagement.

In the wake of the Yom Kippur War in 1967, the government tried to redirect criticism towards internal enemies who sympathised with the Israeli defeat of Poland’s Arab allies. Outraged by this accusation by inuendo from a government that claimed to be of the Left, Osiatyński went to a meeting of his Party cell to demand that the Party leader, Władysław Gomułka state clearly who were the internal enemies sympathetic to international Zionism. Osiatyński was expelled from the Party.

Worse was to follow. Public institutions started drawing up lists of Jewish staff who were to be sacked and expelled from the country. Most of Poland’s Jewish population had been killed by the Nazis during the War. The poorer sections of the communities that survived left for Israel after the establishment of that state, leaving only the assimilated Jewish people, who no longer considered themselves to be particularly Jewish, in the middle and professional classes. A particular target after March 1968 were student protestors who were accused of abusing their privileges in a workers’ state by criticising that state while living off the labour of ‘ordinary working people’. Osiatyński’s doctoral thesis on ‘Comparative advantage in the analysis of economic growth factors in socialism’ (Korzyści komparatywne w analizie czynników wzrostu gospodarki socjalistycznej)prepared under the supervision of Kazimierz Łaski, was failed. (It eventually passed, under the formal supervision of Henryk Fiszel, in 1973, after the fall of Gomułka).

Very few institutions were able to resist the purge of Jews and ‘revisionists’ who wanted a more democratic socialism. Among those institutions was the Polish Academy of Sciences, whose staff had no teaching duties and so were unable to corrupt revisionist-minded students. Here Tadeusz Kowalik was leading a research group that was publishing the collected works of Oskar Lange. Following the death of Kalecki in April 1970, a job was created for Jerzy to edit the collected works of Kalecki.

Support came from Kalecki’s friends in Cambridge UK, where Joan Robinson helped to secure visiting fellowships for Osiatyński and Kowalik. In Cambridge Osiatyński acquired a taste for Stilton cheese and material for his post-doctoral thesis (praca habilitacyjna) on the Cambridge capital controversies, that was published in Poland in 1978 under the title Kapitał, podział, wartość: kryzys ekonomii neomarginalistycznej (Capital, distribution, value: the crisis of neomarginalist economics). Between 1979 and 1988, six volumes of works by Kalecki appeared in Polish with Osiatyński’s extensive background notes. There were other visits to the Institute for Development Studies at Sussex University and Oxford University. In 1988, his book on Kalecki’s economics of socialism Michał Kalecki on a Socialist Economy was published by Palgrave, with a foreword by Włodzimierz Brus, despite Kalecki’s disagreement with Brus over market socialism, that Osiatyński made clear in his book.

Both Osiatyński and Kowalik became involved in supporting the workers’ movement Solidarity that emerged in the 1970s and in the informal study groups that were set up to discuss forbidden literature. When the first semi-free elections were held in 1989 Osiatyński was elected to the Polish Parliament and started a political career. He was appointed Minister of Planning in the first non-Communist Government of Tadeusz Mazowiecki, taking over the premises of the old Planning Commission where Kalecki had worked and criticised. By then the Ministry had been reduced to providing economic forecasts while at the Finance Ministry Leszek Balcerowicz with his adviser Jeffrey Sachs pushed through the shock therapy that devastated the Polish economy for the next two decades, and eventually brought to power the present right-wing populists (a fine example of Kalecki’s belief that the immiseration of the working class brings out the worst as well as the best in all classes).

In 1992, Jerzy had his chance at the Finance Ministry. But by then it was too late. The damage to Poland’s industrial infrastructure and institutions had been done, and the Finance Ministry reduced to little more than fending off demands for debt repayments. Political commitments coincided with the publication by Oxford University Press of the English edition of Kalecki collected works, from 1990 to 1997, now in seven volumes. He threw himself into consultancy work in Post-Communist countries on behalf of multilateral financial institutions. But his political career could not survive the fragmentation of the liberal social democratic politics on the fringes of the old ruling party. In 2001 he lost his parliamentary seat. However, he retained his position in the Institute of the History of Science at the Polish Academy of Sciences (Instytut Historri Nauki Ekonomicznych Polskiej Akademii Nauk) until 2004, when he moved over to the Economics Institute of the Academy. In 2010 he was appointed economic adviser to the Polish President Bronisław Komorowski. Three years later he resigned from this position to become a member of the Monetary Policy Committee of the Polish central bank, Narodowy Bank Polski.

In 1990, he hosted at his flat in Warsaw a reunion of his colleagues from SGPiS who had lost their jobs and been forced into exile in the 1968 purges. He felt very keenly their exile and their eventual passing away. This was particularly so in the case of Kazimierz Łaski, who had directed the work of both Kalecki and Osiatyński at SGPiS in 1960s, and had been exiled to Austria. Łaski died in 2015. Osiatyński arranged for the publication of Łaski’s exposition of Kaleckian macroeconomics, in his Lectures in Macroeconomics, and its translation into English, published by Oxford University Press in 2019. In 2018 he visited London for the last time, meeting up with Geoff Harcourt, an old friend from Cambridge, at the launch of the second and final volume of Jan Toporowski’s biography of Kalecki. In 2019 he helped to put together a conference at the OECD in Paris, commemorating the 75th anniversary of the Bretton Woods conference by exposing the criticisms made by Kalecki and Raul Prebisch of the Keynes and White Plans. I was working with him on editing the conference volume when he entered hospital in January. He died on the 4 February.

Jerzy Osiatyński was awarded the title of Professor in 1989. In the following year he was given an honorary doctorate by New York University. He leaves a widow, Elżbieta.

* I am grateful to Dr. Grzegorz Konat of SGH for additional information and corrections to an earlier draft.
Joan Robinson Kalecki Osiatynski Post Keynesian 2022-02-11
Matias Vernengo
Full story here
Are you the author?
0 0

Econ Prof at @BucknellU Co-editor of ROKE & Co-Editor in Chief of the New Palgrave Dictionary of Economics
My articlesMy siteMy books
Follow on:TwitterLinkedIN
Previous Classical Political Economy or the Surplus Approach
Next Review of Keynesian Economics is out!

Jobless claims bounce along near their bottom