Paul Krugman — a case of dangerous neglect of methodological reflection

by
Lars Pålsson Syll
My articles My siteAbout meMy booksMy videos
Follow on:Twitter
Summary:
From Lars Syll Alex Rosenberg — chair of the philosophy department at Duke University, renowned economic methodologist and author of Economics — Mathematical Politics or Science of Diminishing Returns? — had an interesting article on What’s Wrong with Paul Krugman’s Philosophy of Economics in 3:AM Magazine a couple of years ago. Writes Rosenberg: When he accepts maximizing and equilibrium as the (only?) way useful economics is done Krugman makes a concession so great it threatens to undercut the rest of his arguments against New Classical economics: ‘Specifically: we have a body of economic theory built around the assumptions of perfectly rational behavior and perfectly functioning markets. Any economist with a grain of sense — which is to say, maybe half the profession? — knows that

Dean Baker writes How does bloated CEO pay maximize shareholder value? One of the great mysteries of the world

Editor writes If history follows the path Thomas Piketty noted, it will . . .

How does bloated CEO pay maximize shareholder value? One of the great mysteries of the world

If history follows the path Thomas Piketty noted, it will . . .

On the limits of ‘mediation analysis’ and ‘statistical causality’

Alex Rosenberg — chair of the philosophy department at Duke University, renowned economic methodologist and author of Economics — Mathematical Politics or Science of Diminishing Returns? — had an interesting article on What’s Wrong with Paul Krugman’s Philosophy of Economics in 3:AM Magazine a couple of years ago. Writes Rosenberg:

When he accepts maximizing and equilibrium as the (only?) way useful economics is done Krugman makes a concession so great it threatens to undercut the rest of his arguments against New Classical economics:

‘Specifically: we have a body of economic theory built around the assumptions of perfectly rational behavior and perfectly functioning markets. Any economist with a grain of sense — which is to say, maybe half the profession? — knows that this is very much an abstraction, to be modified whenever the evidence suggests that it’s going wrong. But nobody has come up with general rules for making such modifications.’

The trouble is that the macroeconomic evidence can’t tell us when and where maximization-and-equilibrium goes wrong, and there seems no immediate prospect for improving the assumptions of perfect rationality and perfect markets from behavioral economics, neuroeconomics, experimental economics, evolutionary economics, game theory, etc.

But these concessions are all the New Classical economists need to defend themselves against Krugman. After all, he seems to admit there is no alternative to maximization and equilibrium.

I think Rosenberg is on to something important here regarding Krugman’s neglect of methodological reflection.

When Krugman responded to my critique of IS-LM this hardly came as a surprise.  As Rosenberg notes, Krugman works with a very simple modeling dichotomy — either models are complex or they are simple. For years now, self-proclaimed “proud neoclassicist” Paul Krugman has in endless harping on the same old IS-LM string told us about the splendor of the Hicksian invention — so, of course, to Krugman simpler models are always preferred.

In an earlier post on his blog, Krugman argues that ‘Keynesian’ macroeconomics more than anything else “made economics the model-oriented field it has become.” In Krugman’s eyes, Keynes was a “pretty klutzy modeler,” and it was only thanks to Samuelson’s famous 45-degree diagram and Hicks’s IS-LM that things got into place. Although admitting that economists have a tendency to use ”excessive math” and “equate hard math with quality” he still vehemently defends — and always have — the mathematization of economics:

I’ve seen quite a lot of what economics without math and models looks like — and it’s not good. 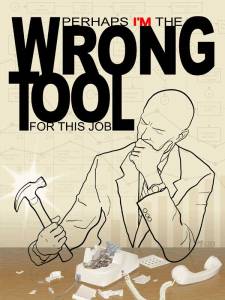 But if these math-is-the-message-modelers aren’t able to show that the mechanisms or causes that they isolate and handle in their mathematically formalized macro models are stable in the sense that they do not change when we ‘export’ them to our ‘target systems,’ these mathematical models do only hold under ceteris paribus conditions and are consequently of limited value to our understandings, explanations or predictions of real economic systems.

Science should help us disclose the causal forces at work behind the apparent facts. But models — mathematical, econometric, or what have you — can never be more than a starting point in that endeavor. There is always the possibility that there are other (non-quantifiable) variables – of vital importance, and although perhaps unobservable and non-additive, not necessarily epistemologically inaccessible – that were not considered for the formalized mathematical model.

The kinds of laws and relations that ‘modern’ economics has established, are laws and relations about mathematically formalized entities in models that presuppose causal mechanisms being atomistic and additive. When causal mechanisms operate in real-world social target systems they only do it in ever-changing and unstable combinations where the whole is more than a mechanical sum of parts. If economic regularities obtain they do it (as a rule) only because we engineered them for that purpose. Outside man-made mathematical-statistical “nomological machines” they are rare, or even non-existent. Unfortunately, that also makes most of contemporary mainstream neoclassical endeavors of mathematical economic modeling rather useless. And that also goes for Krugman and the rest of the ‘New Keynesian’ family.

When it comes to modeling philosophy, Paul Krugman has in an earlier piece defended his position in the following words (my italics):

I don’t mean that setting up and working out microfounded models is a waste of time. On the contrary, trying to embed your ideas in a microfounded model can be a very useful exercise — not because the microfounded model is right, or even better than an ad hoc model, but because it forces you to think harder about your assumptions, and sometimes leads to clearer thinking. In fact, I’ve had that experience several times.

The argument is hardly convincing. If people put that enormous amount of time and energy that they do into constructing macroeconomic models, then they really have to be substantially contributing to our understanding and ability to explain and grasp real macroeconomic processes. If not, they should – after somehow perhaps being able to sharpen our thoughts – be thrown into the waste-paper-basket (something the father of macroeconomics, Keynes, used to do), and not as today, being allowed to overrun our economics journals and giving their authors celestial academic prestige.

Krugman’s explications on this issue are really interesting also because they shed light on a kind of inconsistency in his art of argumentation. During a couple of years, Krugman has in more than one article criticized mainstream economics for using too much (bad) mathematics and axiomatics in their model-building endeavors. But when it comes to defending his own position on various issues he usually himself ultimately falls back on the same kind of models. In his End This Depression Now — just to take one example — Paul Krugman maintains that although he doesn’t buy “the assumptions about rationality and markets that are embodied in many modern theoretical models, my own included,” he still find them useful “as a way of thinking through some issues carefully.”

When it comes to methodology and assumptions, Krugman obviously has a lot in common with the kind of model-building he otherwise criticizes.

The same critique – that when it comes to defending his own position on various issues he usually himself ultimately falls back on the same kind of models that he otherwise criticizes – can be directed against his new post. Krugman has said these things before, but I am still waiting for him to really explain HOW the silly assumptions behind IS-LM help him work with the fundamental issues. If one can only use those assumptions with — as Krugman says, “tongue in cheek” – well, why then use them at all? Wouldn’t it be better to use more adequately realistic assumptions and be able to talk clear without any tongue in cheek?

The final court of appeal for macroeconomic models is the real world, and as long as no convincing justification is put forward for how the inferential bridging de facto is made, macroeconomic model building is little more than “hand waving” that give us rather a little warrant for making inductive inferences from models to real-world target systems. If substantive questions about the real world are being posed, it is the formalistic-mathematical representations utilized to analyze them that have to match reality, not the other way around. As Keynes has it:

Economics is a science of thinking in terms of models joined to the art of choosing models which are relevant to the contemporary world. It is compelled to be this, because, unlike the natural science, the material to which it is applied is, in too many respects, not homogeneous through time.

If macroeconomic models – no matter what ilk – make assumptions, and we know that real people and markets cannot be expected to obey these assumptions, the warrants for supposing that conclusions or hypotheses of causally relevant mechanisms or regularities can be bridged, are obviously non-justifiable. Macroeconomic theorists – regardless of being New Monetarist, New Classical or ‘New Keynesian’ – ought to do some ontological reflection and heed Keynes’ warnings on using thought-models in economics:

The object of our analysis is, not to provide a machine, or method of blind manipulation, which will furnish an infallible answer, but to provide ourselves with an organized and orderly method of thinking out particular problems; and, after we have reached a provisional conclusion by isolating the complicating factors one by one, we then have to go back on ourselves and allow, as well as we can, for the probable interactions of the factors amongst themselves. This is the nature of economic thinking. Any other way of applying our formal principles of thought (without which, however, we shall be lost in the wood) will lead us into error.

So let me — respectfully — summarize: A gadget is just a gadget — and brilliantly silly simple models — IS-LM included — do not help us working with the fundamental issues of modern economies any more than brilliantly silly complicated models — calibrated DSGE and RBC models included. And as Rosenberg rightly notices:

When he accepts maximizing and equilibrium as the (only?) way useful economics is done Krugman makes a concession so great it threatens to undercut the rest of his arguments against New Classical economics.