A nice review of my book by Marc Morgan has appeared in American Affairs. Morgan works with Thomas Piketty at the World Inequality Lab at the Paris School of Economics. He is doing interesting work on profit accounting and determination. I would also note that Morgan attended the same secondary school (high school) as me in Dublin. Apparently, Christian Brothers College, Monkstown — although not a very prominent school in any meaningful sense — is creating a lot of heterodox...

END_OF_DOCUMENT_TOKEN_TO_BE_REPLACED

My 2017 presentation on Ireland and the Eurozone has been uploaded to YouTube. See the previous post for the link to the full conference, which includes the Q&A. [embedded content] Advertisements

END_OF_DOCUMENT_TOKEN_TO_BE_REPLACED

On Tuesday 16th of March 2017 Robert Skidelsky and I launched my book The Reformation in Economics in the Clement Attlee room in the House of Lords. It has taken some time to upload these videos of Robert’s and my comments. Most of the speeches were captured but I have included my own text below (I did not end up sticking to the written comments verbatim). On a separate note, Brian Romanchuk has written a short review of the book here. [embedded content] [embedded content] Hi...

END_OF_DOCUMENT_TOKEN_TO_BE_REPLACED

By Philip Pilkington, a macroeconomist working in asset management and author of the new book The Reformation in Economics: A Deconstruction and Reconstruction of Economic Theory. The views expressed in this interview are not those of his employer Ever since the Enlightenment many societies have moved away from justifying their existence and formulating their aims through recourse to religious language. Gone are the days of the ‘Great Chain of Being’ which justified the natural and...

END_OF_DOCUMENT_TOKEN_TO_BE_REPLACED 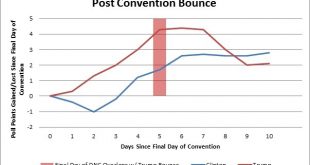 The views expressed in this article are the author’s own and do not reflect the views of his employer. The election of Donald Trump as president of the United States will likely go down in history for any number of reasons. But let us leave this to one side for a moment and survey some of the collateral damage generated by the election. I am thinking of the pollsters. By all accounts these pollsters – specifically the pollster-cum-pundits – failed miserably in this election. Let us...

END_OF_DOCUMENT_TOKEN_TO_BE_REPLACED 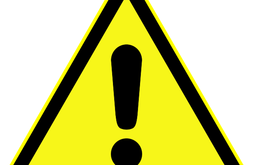 Hi everyone – or, at least, whoever is left out there. As you probably know, this blog has been shut down since October 2014 and I have pretty much fallen off the face of the planet. Actually I’ve been working in investment where I’ve found a job that allows me to pursue non-mainstream economic research. Some of you may recall that I was writing a book during the last days of this blog. I’m happy to say that this book is now fully completed and has been accepted for publication by...

END_OF_DOCUMENT_TOKEN_TO_BE_REPLACED 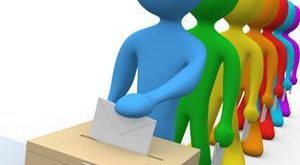 I have an article up on Al Jazeera this week. It may be the last journalistic article I write for some time as I start a new job next week. But this one deserves some brief discussion because the material it deals with is hugely important to the politics of the moment. In the article I discuss a joint report by the ILO, the OECD and the World Bank. The ILO have clearly spearheaded this one. It has their fingerprints all over it. The ILO are pretty fantastic really. They are one of the...