by
Frances Coppola
My articles My siteAbout meMy booksMy videos
Follow on:Twitter
Seeking Alpha
Summary:
The BIS's draft proposals for capital regulation of stablecoins and cryptocurrencies have just been released. The headline proposal was a risk weighting of 1250% for what the BIS called "Group 2 cryptoassets", which includes all cryptocurrencies, all algorithmic stablecoins, and reserved stablecoins  that don't meet the capital, liquidity and disclosure requirements for "Group 1 cryptoassets" specified in the same document. Bitcoin and Ethereum, the two major cryptocurrencies, would fall into Group 2, along with most existing stablecoins. The proposals were widely misunderstood in the crypto community. As ever, much of the misunderstanding was about the nature of bank capital. Many people confuse bank capital with reserves. Reserves are cash deposits at the central bank and vaulted 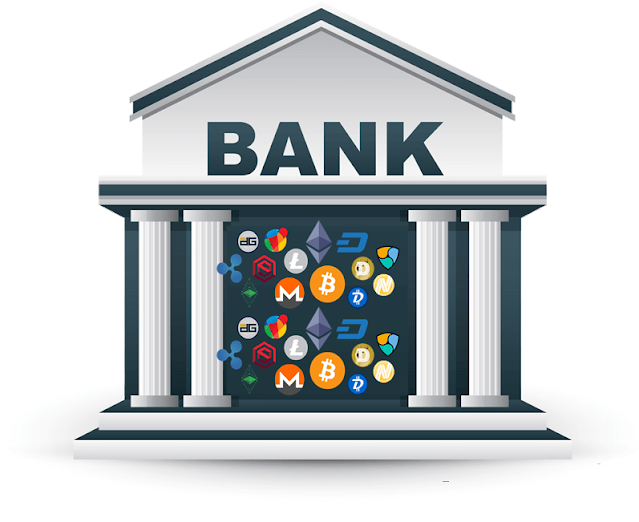 The BIS's draft proposals for capital regulation of stablecoins and cryptocurrencies have just been released. The headline proposal was a risk weighting of 1250% for what the BIS called "Group 2 cryptoassets", which includes all cryptocurrencies, all algorithmic stablecoins, and reserved stablecoins  that don't meet the capital, liquidity and disclosure requirements for "Group 1 cryptoassets" specified in the same document. Bitcoin and Ethereum, the two major cryptocurrencies, would fall into Group 2, along with most existing stablecoins.

The proposals were widely misunderstood in the crypto community. As ever, much of the misunderstanding was about the nature of bank capital.

Many people confuse bank capital with reserves. Reserves are cash deposits at the central bank and vaulted currency. They enable customers to withdraw cash and make payments out of their deposit accounts. Without them, banks would have to go to the market for funding every time a customer withdrew money from their account.

Banks famously don't keep enough reserves to enable all customers to withdraw all their funds all at the same time. Reserve requirements aim to ensure that a bank has sufficient liquidity to meet normal payment requests. The proportion of reserves to deposits that regulators require banks to keep is called the "reserve requirement", and it varies from jurisdiction to jurisdiction and in some cases even from bank to bank.

The most famous reserve requirement is the Federal Reserve's 10% of eligible deposits, which is the foundation of the well-known "money multiplier" model of bank lending. Sadly, it is no more. It was abolished in March 2020, superseded by the Basel Committee's liquidity regulations and additional Federal regulations such as living wills, and rendered obsolete anyway by the enormous excess reserve balances banks are carrying because of QE.

But although fewer countries have formal reserve requirements now, banks these days are far more liquid than they were prior to the 2008 financial crisis. The risk that they will literally run out of money and have to close their doors is much lower than it was at the time of the run on Northern Rock.

Banks also have far more capital than they had before the 2008 financial crisis. But capital is not about liquidity. It's about solvency. Capital requirements aim to ensure that banks don't become insolvent when asset prices fall or borrowers default. The whole point is to prevent any repeat of the taxpayer bailouts of 2008. I'm astonished how many people don't seem to know this.

Equity is not cash or assets. It is the difference between total assets and total liabilities. It is typically made up of shareholders' funds, retained earnings and  general provisions. Bank "capital" is equity plus certain types of subordinated and convertible debt.

Bank capital is often called "loss-absorbing" capital. This means that in the event of asset prices collapsing or bank loans defaulting, the bank's shareholders and junior bondholders bear the  losses, not depositors, senior creditors or taxpayers.* You could regard it as a form of collateral.

If a bank doesn't have enough capital to meet regulatory requirements for the assets it holds, it must either dispose of some of the assets or raise additional capital. Raising capital could mean rights issues and/or issuing convertible bonds or some forms of subordinated debt. Deposits are not capital, and neither are senior bonds. Importantly, convertible and subordinated debt generally doesn't count towards the bank's core Tier 1 capital, the capital that is first in line to take losses. Banks can't borrow their way out of insolvency.

The widely-reported 1250% capital weighting applies to Group 2 cryptoassets. The Basel Committee has decided that because cryptocurrencies have no intrinsic value and are highly volatile, the risk of total loss is considerable. Banks must therefore have sufficient capital to ensure that there is no risk of insolvency in the event of a total loss.

That capital weighting looks wild, but is explained in this footnote to the Basel Committee's paper:

To give an example: in 2020, JP Morgan's capital ratio was 13.1%. Applying this to the Basel formula I tweeted earlier translates into capital of $163.75 for every $100 of Group 2 cryptoasset exposure. That is significant overcollateralisation.

These capital requirements are by any standards draconian. They would make it prohibitively expensive for banks to take leveraged positions in cryptocurrencies. This might sound like a good thing - after all, it was excessive leverage that caused the 2008 crash. But for banks, it amounts to banning them from holding or trading crypto on their own account. After all, leveraged position-taking is the entire business model of a bank: even in mundane retail banking, they fund their loan books by borrowing.** If they can't take leveraged positions, there is absolutely no point in holding or trading the asset on their own account. So these proposed regulations therefore amount to banning banks from holding or trading cryptocurrencies or stablecoins that don't meet Group 1 criteria.

And in case this isn't clear enough, the BIS also gives supervisors the option of actually banning banks from holding or trading crypto on their own account:

So we can summarise the BIS's proposals regarding banks holding or trading cryptocurrencies and unregulated stablecoins on their own account thus:
"Don't do it. But if you do, put your own money at risk - not other people's."

But these regulations would not prevent banks acting as custodian for crypto assets, as some in the crypto community seem to think. Nor would they prevent banks holding and trading crypto on behalf of clients. They are only concerned with banks' own-account activities. Proprietary trading, as it is usually known.

These regulations also wouldn't prevent regulated banks acting as settlement banks for the fiat side of crypto transactions. However, AML/KYC regulations could still make this problematic.

So, draconian though these proposed capital requirements are, they wouldn't completely prevent banks from participating in the crypto space. They could still offer custody, asset management and settlement services for Group 2 cryptoassets. And the regulatory framework for Group 1 cryptoassets potentially opens the door to regulated stablecoins and tokenised assets becoming a regular part of the global financial system.The Basel committee specifically excludes central bank digital currencies from the scope of its proposals, but this regulatory framework could enable commercial banks to hold, trade and issue fully-reserved stablecoins.

Crypto is coming in from the cold.

Capital, liquidity and the countercyclical buffer, in plain English

The equivalence of debt and equity

* I have considerably simplified capital requirements for the purposes of this post. In practice, losses might not be borne entirely by shareholders: subordinated debt holders might also suffer losses, and under some circumstances, holders of convertible bonds ("cocos") can bear losses before shareholders are affected.
** Yes, I know banks create deposits when they lend. Deposits, even those created in the course of lending, are loans to the bank. Furthermore, when deposits created in the course of lending are drawn down, the bank must borrow to close the balance sheet gap. Loan books are therefore leveraged.
2021-06-15
Frances Coppola
Full story here
Are you the author?
0 0
About Frances Coppola

I’m Frances Coppola, writer, singer and twitterer extraordinaire. I am politically non-aligned and economically neutral (I do not regard myself as “belonging” to any particular school of economics). I do not give investment advice and I have no investments.Coppola Comment is my main blog. I am also the author of the Singing is Easy blog, where I write about singing, teaching and muscial expression, and Still Life With Paradox, which contains personal reflections on life, faith and morality.
My articlesMy siteAbout meMy books
Follow on:TwitterSeeking Alpha
Previous Tether’s smoke and mirrors
Next Crypto’s Weimar