The pretense-of-knowledge syndrome in economics

by
Lars Pålsson Syll
My articles My siteMy booksAbout me
Follow on:Twitter
Summary:
The pretense-of-knowledge syndrome in economics What does concern me about my discipline … is that its current core — by which I mainly mean the so-called dynamic stochastic general equilibrium approach — has become so mesmerized with its own internal logic that it has begun to confuse the precision it has achieved about its own world with the precision that it has about the real one … While it often makes sense to assume rational expectations for a limited application to isolate a particular mechanism that is distinct from the role of expectations formation, this assumption no longer makes sense once we assemble the whole model. Agents could be fully rational with respect to their local environments and everyday activities, but they are most probably

The limits of game theory

The pretense-of-knowledge syndrome in economics

While it often makes sense to assume rational expectations for a limited application to isolate a particular mechanism that is distinct from the role of expectations formation, this assumption no longer makes sense once we assemble the whole model. Agents could be fully rational with respect to their local environments and everyday activities, but they are most probably nearly clueless with respect to the statistics about which current macroeconomic models expect them to have full information and rational information. 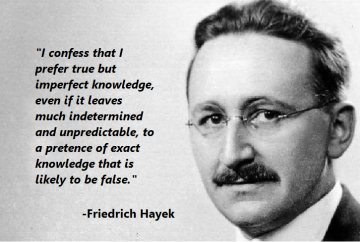 This issue is not one that can be addressed by adding a parameter capturing a little bit more risk aversion about macro-economic, rather than local, phenomena. The reaction of human beings to the truly unknown is fundamentally different from the way they deal with the risks associated with a known situation and environment … In realistic, real-time settings, both economic agents and researchers have a very limited understanding of the mechanisms at work. This is an order-of-magnitude less knowledge than our core macroeconomic models currently assume, and hence it is highly likely that the optimal approximation paradigm is quite different from current workhorses, both for academic andpolicy work. In trying to add a degree of complexity to the current core models, by bringing in aspects of the periphery, we are simultaneously making the rationality assumptions behind that core approach less plausible …

The challenges are big, but macroeconomists can no longer continue playing internal games. The alternative of leaving all the important stuff to the “policy”-typ and informal commentators cannot be the right approach. I do not have the answer. But I suspect that whatever the solution ultimately is, we will accelerate our convergence to it, and reduce the damage we do along the transition, if we focus on reducing the extent of our pretense-of-knowledge syndrome.

A great article that also underlines — especially when it comes to forecasting and implementing economic policies  — that the future is inherently unknowable, and using statistics, econometrics, decision theory or game theory, does not in the least overcome this ontological fact. 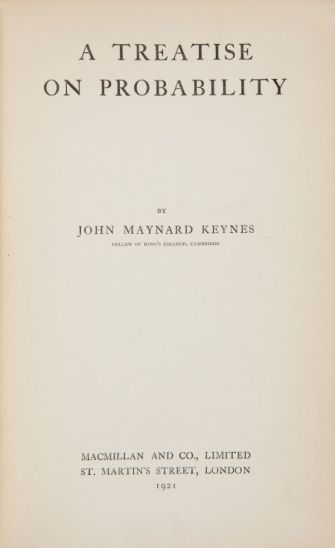 According to Keynes we live in a world permeated by unmeasurable uncertainty – not quantifiable stochastic risk – which often forces us to make decisions based on anything but “rational expectations.” Keynes rather thinks that we base our expectations on the confidence or “weight” we put on different events and alternatives. To Keynes, expectations are a question of weighing probabilities by “degrees of belief,” beliefs that often have preciously little to do with the kind of stochastic probabilistic calculations made by the rational agents as modelled by “modern” social sciences. And often we “simply do not know.”

So why do economists, companies and governments continue with the expensive, but obviously worthless, activity of trying to forecast/predict the future?

A couple of years ago yours truly was interviewed by a public radio journalist working on a series on Great Economic Thinkers. We were discussing the monumental failures of the predictions-and-forecasts-business. But — the journalist asked — if these cocksure economists with their “rigorous” and “precise” mathematical-statistical-econometric models are so wrong again and again — why do they persist wasting time on it?

In a discussion on uncertainty and the hopelessness of accurately modelling what will happen in the real world — in M. Szenberg’s Eminent Economists: Their Life Philosophies — Nobel laureate Kenneth Arrow comes up with what is probably the most plausible reason:

It is my view that most individuals underestimate the uncertainty of the world. This is almost as true of economists and other specialists as it is of the lay public. To me our knowledge of the way things work, in society or in nature, comes trailing clouds of vagueness … Experience during World War II as a weather forecaster added the news that the natural world as also unpredictable. 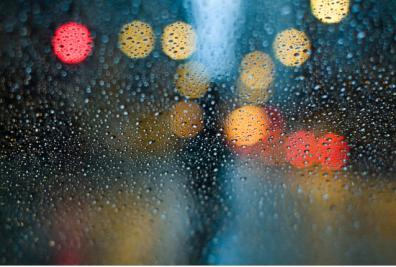 An incident illustrates both uncer-tainty and the unwilling-ness to entertain it. Some of my colleagues had the responsi-bility of preparing long-range weather forecasts, i.e., for the following month. The statisticians among us subjected these forecasts to verification and found they differed in no way from chance. The forecasters themselves were convinced and requested that the forecasts be discontinued. The reply read approximately like this: ‘The Commanding General is well aware that the forecasts are no good. However, he needs them for planning purposes.’