At the end of The Thirty-Nine Steps (the John Buchan novel that largely created the spy thriller genre), the hero is about to give the signal for arrest of a ring of German spies. But their pose as ordinary middle class Englishmen is so convincing that they persuade him to join them as a fourth for bridge. Fortunately, a sudden movement alerts him to their true identity and he comes to his senses, blowing his whistle to call in the waiting police. I’m reminded of this whenever I...

END_OF_DOCUMENT_TOKEN_TO_BE_REPLACED 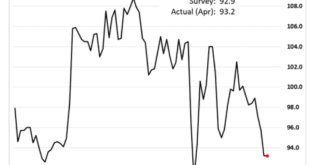 This is the automatic fiscal stabilizers doing their thing to slow things down during a recovery, and they keep increasing the pressure until growth goes negative. Additionally, with some $30 trillion of public debt, an 8% increase in prices means the value of the public debt- the net money supply in the economy- has contracted by about $2.4 trillion. This is a direct ‘removal of savings’ and functions the same as a tax on savings, thereby slowing the economy. It is...

END_OF_DOCUMENT_TOKEN_TO_BE_REPLACED

The threat of a pharma-dictatorship

This is an extract from Norbert Häring‘s International Health Regulations: A big step toward a health dictatorship is imminent 12 May 2022  What the U.S. has in mind here is an authorization for the WHO to immediately take the reins out of the hands of national governments in the event of an actual or alleged health risk from a pathogen and to be able to determine the assessment of the situation and the countermeasures. The US and their allies in this, the EU and Switzerland, are home to...

END_OF_DOCUMENT_TOKEN_TO_BE_REPLACED 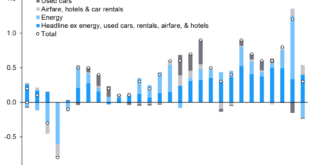 My take is we’ve had a one time upward adjustment in prices due to increased costs from Covid-related supply issues, along with supply side disruptions from the Trump/Biden tariffs. Prices seem to have begun to level off and go sideways, which would mean CPI increases returning to the lower, pre-Covid monthly increases: However, if energy costs don’t level off and instead rise dramatically, CPI will be dragged upward as well:

END_OF_DOCUMENT_TOKEN_TO_BE_REPLACED

Gödel and the limits of mathematics

from Lars Syll irrelevant model abstractions with no bridges to real-world economies Gödel’s incompleteness theorems raise important questions about the foundations of mathematics. The most important concern is the question of how to select the specific systems of axioms that mathematics is supposed to be founded on. Gödel’s theorems irrevocably show that no matter what system is chosen, there will always have to be other axioms to prove previously unproven truths. This, of course, ought...

END_OF_DOCUMENT_TOKEN_TO_BE_REPLACED

The case for higher wages

We are finally seeing some substantive argument about policy, with Scott Morrison supporting a cut in real wages, and Anthonly Albanese opposing it. I’ve drafted a response (over the fold) Also here on my Blogstack The ‘cost of living’ crisis has been central to the 2022 election campaign. The Consumer Price Index rose by 5.1 per cent over the year to March, and at an annual rate of 8.8 per cent over the last three months. Unsurprisingly, low-paid workers are seeking an...

END_OF_DOCUMENT_TOKEN_TO_BE_REPLACED

Can you think of something snappier than “Understanding the Economy – A Learning System”?

The 1300 words below are extracted from an email that Neva Goodwin wrote and copied me into.  It outlines a large new project initiated by the World Economics Association, but which will include numerous other organizations opposed to the dominance of traditional economic thinking.  However, the extract’s first sentence is misleading because it is Neva’s and Pratisha’s names that should be mentioned first since they are the project’s primary sources of creative energy.  And then there is...

END_OF_DOCUMENT_TOKEN_TO_BE_REPLACED

The magnitude of the required reductions

from Ted Trainer and current issue of RWER It is not commonly understood how large the reductions would have to be to enable a society that is globally sustainable and just. The World Wildlife Foundation’s Footprint measure (2018) estimates the average Australian per capita use of productive land at 6–8 ha. Thus, if the 9–10 billion people expected to be on earth by 2050 were to live as Australians do now, up to 80 billion ha of productive land would be needed. But there are only about 12...