by
Frances Coppola
My articles My siteAbout meMy booksMy videos
Follow on:Twitter
Seeking Alpha
Summary:
It is 2.30 am, and I can't sleep. Today I must file my final piece for American Express's FXIP blog, which is being mothballed. Writing for that blog has been my main source of income for the last four years. Once it is gone, my income will once again become precarious and inadequate, as it has been all too often in the past. Hence my sleeplessness.To be perfectly honest, I'm not sorry that the blog is closing. I've done some interesting work for it, and learned a lot. And it has been a reliable source of income during the difficult times of the last three years. For that, I am grateful. But I don't enjoy writing for it. The house style is dry to the point of desiccation, devoid of all opinion, emotion and metaphor. It is also SEO-driven, so I am constantly trying to find ways of 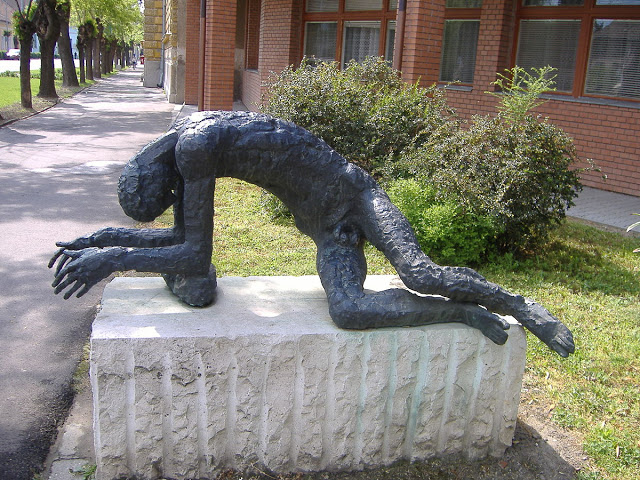 It is 2.30 am, and I can't sleep. Today I must file my final piece for American Express's FXIP blog, which is being mothballed. Writing for that blog has been my main source of income for the last four years. Once it is gone, my income will once again become precarious and inadequate, as it has been all too often in the past. Hence my sleeplessness.

To be perfectly honest, I'm not sorry that the blog is closing. I've done some interesting work for it, and learned a lot. And it has been a reliable source of income during the difficult times of the last three years. For that, I am grateful. But I don't enjoy writing for it. The house style is dry to the point of desiccation, devoid of all opinion, emotion and metaphor. It is also SEO-driven, so I am constantly trying to find ways of including key words assigned by someone else. True, the key words are set from the brief, but it means there is no flexibility. I can't simply go where my mind leads, as I do when writing here. Writing in such a way is like hacking through rocks, exhausting and unfulfilling. And the worst of it is that I know the eventual piece will be published on a site which is hard to navigate, has little in the way of search facilities and has zero presence on social media. I tried many times to persuade American Express to upgrade it, to no avail. I suspect that the unfriendly nature of the site is the reason why it is being mothballed. It can't possibly be generating the traffic they need to justify the expense of maintaining it.

The site itself will stay up, though there will be no new posts on it once the batch I am just finishing now are published. It is free to read, so do have a look around. Maybe at some time in the future it will be revived. But I must move on. I have to find something else that will earn me a living. Right now, I am facing short commons for the foreseeable future.

The self-pitying part of me is hurt and angry that after nearly a decade of writing I am still living hand to mouth. I thought I was a good writer, but it seems I am not good enough for anyone to offer me a regular job on a decent salary - and yes, I have asked.  Freelance writing is all I have, and it is a mug's game. I can pitch to a variety of publications, but there is no guarantee that my pitches will be accepted. I didn't even get a response to the last pitch I made to the Financial Times. And even if pitches are accepted, the pay is pitiful: the most recent offer (from Byline Times) was £100 for a piece which required significant research. I do have a regular writing slot at Forbes, but the pay there is even worse. They downgraded my contract last year, and now five pieces in a month pays me the princely sum of $250. No, that is not per piece. It is for all five. If I am lucky, one of the pieces will generate a lot of traffic, in which case I will be paid per click. When I say "a lot" of traffic, I mean tens of thousands of page hits. My normal hit rate for a Forbes piece is 2000-3000. That isn't enough to earn me anything more than the basic. And if I don't write five pieces in a month, I am paid nothing, even for the pieces I have written. I can't live like this.

There are also far too many publications and event organisers that expect me to write for nothing, speak for nothing, moderate panels for nothing. Some offer "publicity" in return for my contribution. But I don't need publicity, I need income. Others tell me they "value my expertise". But if you expect me to work for nothing, you value me as nothing. And some publications, and many events, don't pay anyone and largely rely on pro bono contributions from people who have regular jobs. This is unfair to people who earn their living from writing and speaking.

I've hit this wall before. I've always been good at my job, but for some reason stability and a decent income evades me. In my banking career I was a project manager, which by its nature is unstable: your job only lasts as long as the project, and if the project is suddenly cancelled, you are suddenly redundant. That happened to me rather a lot. And when I gave up my unstable banking career and returned to singing, I could only achieve stability by doing an awful lot of peripatetic teaching in schools. This was soul-destroying and rendered me too tired to sing. I was eventually forced to cut teaching back drastically at considerable financial cost. Interestingly, writing for American Express seems to have had a similar effect on my writing ability. I have become too tired to write my own blog.

I suppose it is possible that my time is over. I was a creature of the chaotic period after the financial crisis when there was room for new voices with something to say, and new platforms on which those voices could sound off to a large audience. The rise of social media and blogging coincided with the financial crisis and was even more disruptive. It created an opportunity for a singing teacher from Kent who knew quite a bit about banking and finance and was angry that so much nonsense was being written about it. People are still writing nonsense, and I am still angry, but the world has moved on. No-one wants to learn about banking and finance now. They want polemics, not informed arguments. When I started writing, I was severely critical of banks: but now, I am frequently accused of being a friend to banks, because I won't join in the chorus of ill-informed voices shouting about "evil bankers" and demanding that the financial system be smashed to smithereens, at who knows what cost to ordinary people.

There's another problem too. The chaos of the post-crisis period has given way to naked tribalism. To be successful as a writer and speaker in the new landscape, you have to join a political tribe. Political neutrality is for the birds. But today's political tribes look like cults to me, dangerously inward-looking and deeply divisive, promoting ideologies that have little basis in reality and are potentially extremely damaging - and yes, this applies to the left as much as the right. I don't want to join any of them.

I am by nature a pragmatist, and my natural home is the radical centre, the source of ideas such as universal basic income, land value taxation and helicopter money, all of which have adherents from across the left-right political divide. But in the minds of many, the "centre" is associated with the failed policies that led to the financial crisis. It has no place in the new politics. And so, neither do I.

For those of us who belong to the centre, the current polarisation of politics is frightening. Politics has become a tussle between extreme nationalists and extreme socialists. Those who reject extremes are damned by both sides. The nationalists call moderates "traitors" who would give political power to foreign states and let foreigners swamp "indigenous" residents. And the socialists accuse moderates of being "neoliberals", the pejorative label they attach to those who they believe shredded the welfare state and trashed the country's industrial base. Both sides silence and purge those who won't subscribe to their extreme views. Thus, even to exercise my democratic right to vote in the forthcoming election, I must choose from a menu of equally unappetising dishes. I am not only unemployed, I am disenfranchised.

I do not know what the future holds. But the need for someone to talk sense about banking, finance, economics and the like has surely not gone away. So maybe, as this door closes, another one will open. Maybe, somewhere out there, there is a stable job for me, one that will not only pay me a decent income, but give me the time and energy to say what I have to say.

In the meantime, due to my precarious financial situation, if anyone asks me to write or speak for nothing or next to nothing, the answer will be a resounding "NO". I am not doing any more pro bono work. If I want to write for nothing, I can do so on this blog. I have a few unpaid commissions at the moment, which I will complete. But after that, the party is over. If you think I am good enough to write for your publication, or speak at your event, you need to show me your appreciation in financial terms. If you aren't prepared to do so, then you don't really want my contribution.

The world may appear turbulent, but beneath the surface, nothing has really changed. Editors of publications, and event organisers, are driven by a rational desire to get something for nothing, just like concert promoters and parents of children who want singing lessons. And I am equally driven by a rational desire to earn a decent and stable income. The struggle between those who want to be paid and those who don't want to pay is eternal.

The end of the road
I am a bank

Image: Statue of the "Tired Man", by József Somogyi. Via Wikimedia Commons.

I’m Frances Coppola, writer, singer and twitterer extraordinaire. I am politically non-aligned and economically neutral (I do not regard myself as “belonging” to any particular school of economics). I do not give investment advice and I have no investments.Coppola Comment is my main blog. I am also the author of the Singing is Easy blog, where I write about singing, teaching and muscial expression, and Still Life With Paradox, which contains personal reflections on life, faith and morality.
My articlesMy siteAbout meMy books
Follow on:TwitterSeeking Alpha
Previous Quo Vadis?
Next The blind Federal Reserve