by
Frances Coppola
My articles My siteAbout meMy booksMy videos
Follow on:Twitter
Seeking Alpha
Summary:
We are used to thinking of workers as free agents who sell their labour in a market place. They bid a price, companies offer a lower price and the market clearing rate is somewhere between the two. Free market economics, pure and simple. But actually that's not quite right. The financial motivations of workers and companies are entirely different. To a worker, the financial benefit from getting a job is an income stream, which can be ended by either side at any time. But to a company, a worker is a capital asset. This is not entirely obvious in a free labour market. But in another sort of labour market it is much more obvious. I'm talking about slavery. Yes, I know slavery raises all sorts of emotional and political hackles. But bear with me. I am only going to look at this financially.


T. Sabri Öncü writes To Loot or Not to Loot? How Public-Private Partnerships Harmed Turkey

Sandwichman writes Disposable time as a common-pool resource I — Introduction 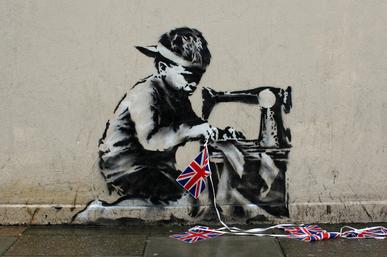 We are used to thinking of workers as free agents who sell their labour in a market place. They bid a price, companies offer a lower price and the market clearing rate is somewhere between the two. Free market economics, pure and simple.

But actually that's not quite right. The financial motivations of workers and companies are entirely different. To a worker, the financial benefit from getting a job is an income stream, which can be ended by either side at any time. But to a company, a worker is a capital asset.

This is not entirely obvious in a free labour market. But in another sort of labour market it is much more obvious. I'm talking about slavery.

Yes, I know slavery raises all sorts of emotional and political hackles. But bear with me. I am only going to look at this financially. From a financial point of view, there are more similarities than differences between the slave/slaver relationship and the worker/company relationship - and the differences are not necessarily in the free worker's favour.

So, let's look at our slave labour economy. The purchase of a slave is a capital purchase in exactly the same way as the purchase of plant. The carry cost of that asset is the upfront purchase amount depreciated on some reasonable basis, plus the present value of the expected cost of maintaining that asset over its lifetime (food, shelter, medical costs), plus the present value of exit costs (funeral expenses). The exit cost can be avoided by selling the slave before death if there is a secondary market in nearly-dead slaves. The slave can "go wrong" (become ill and therefore unproductive) and need fixing, which may be a greater cost than the value of the slave - an eventuality for which the company might wish to take out insurance. But unlike a free worker, the slave can't voluntarily leave and can't be sacked without incurring a capital loss. Once purchased, the only way of eliminating the carry cost of the asset is to sell the slave, and that may be for considerably less than the purchase price.

Therefore the company will only buy the slave if the present value of the anticipated future income stream from the slave's productive labour exceeds the cost of carry. As with all capital purchases, estimating future income streams is informed guesswork, and much depends on the company's confidence about the future. If the company is confident that the slave can be productively used far into the future, they are likely to buy. But if the economic outlook is bleak, and perhaps the future of slavery is uncertain, they are not likely to buy slaves. They will use free workers instead.

You see, the main difference between buying a slave and employing a free worker is the up-front capital expenditure. A free worker is still a capital asset but it is, if you like, leased rather than owned. The carry cost is recruitment costs (if any), plus the present value of remuneration over the anticipated period of employment including benefits and taxes and the present value of anticipated exit costs (redundancy, pension payments). We would expect that the remuneration package for a free worker would be more than the cost of maintenance for a slave, and exit costs may also be quite a bit more - but in a difficult labour market this isn't necessarily the case, as I shall explain.

The important point, from a company’s perspective, is that up-front capital expenditure is far less. So when companies wish to hoard capital, and are worried about the future, free workers are a much better option than slaves. Free workers can be recruited at little cost and, often, dismissed at little cost - particularly if they were recruited on a casual, temporary or self-employed basis. And their remuneration stream can be limited to payment for the work they actually do, because the responsibility for ensuring that they have food and shelter doesn't rest with the company (since it doesn't own them).

In a difficult economy where there is considerable competition for jobs, free workers can end up being paid less than the maintenance cost of a slave. This has actually happened at various times in history - Steinbeck's depiction of the plight of migrants from the American mid-West in the Great Depression immediately springs to mind, but there are numerous other examples of worker remuneration falling well below the cost of living, resulting in starvation. When jobs are scarce, companies are likely to be less benign to free workers than they would be to slaves - after all, buying a slave is an investment, whereas a free worker on a temporary contract is only as useful as his current production and is not a long-term commitment. We would do well to remember this.

Of course, there might be a very deep and liquid market in slaves, in which case companies could buy and sell slaves as required to meet operational needs. There would still be up-front capital cost, but for short-term use this might be netted out with forward sale contracts, and there would then be little difference between free workers and slaves - in fact slaves would be preferable because they can't resign and the company has complete control over their deployment. Or there might be agencies that provide slaves for particular purposes on a just-in-time basis - perhaps to cover peaks and troughs in production demand, or to cover skills shortages. There might be slaves with specialist skills that earn fees for their owners through being sent out to provide expertise to client companies. And companies could outsource some functions to slave farms, perhaps in a different country. Please tell me how any of this differs materially from the free labour market?

Now, of course, we don't have a slave economy. We have a free labour market. Or - do we? Read all of the above again, substituting "robot" for "slave". And then tell me why it is that the wages of free workers are falling and there is huge growth in temporary, casual, self-employed and zero-hours contracts.

When companies are hoarding capital and worried about the future, it is not in their interests to invest in plant , which is what robots are. Companies' outlook is essentially reactive and short-term, so they want a reactive, short-term workforce. They don't want to undertake the capital expenditure required to automate. They don't want to invest in workers long-term either, because training and development is also a capital expense. And they don't want to wait for full productivity: they want to buy in workers who can "hit the ground running", hence the impossible requirement for young people entering the workforce to have "experience". However you look at this, there are structural problems in the labour market caused by companies' short-term outlook and lack of confidence about the future. And the UK's highly flexible labour market encourages this, at the expense of economic stability and people's well-being.

For at least the last decade, and probably for much longer, the major problem with the UK economy has been failure of corporate investment. The reasons for this are unclear: there may be a lack of profitable investment opportunities, and since the financial crisis there has undoubtedly been a lack of business confidence and a shortage of demand for goods and services. But if we erode employment protection and encourage growth of unstable, short-term and poorly-paid jobs, we actually make matters worse.

Despite the fears of modern-day Luddites, investment in robots doesn't seem to have significantly displaced investment in people. The truth is that companies have been investing in neither people nor robots. Instead, they have churned an increasingly insecure and impoverished - though nominally "free" - workforce. And we are the poorer for it.

This piece was originally published on Pieria in May 2013 under the title "The Financialisation of Labour". We have not moved on signifcantly since. There is still a dearth of corporate investment in either robots or people. The unstable, short-term and poorly-paid service jobs created by the thousand after the financial crisis are now disappearing by the thousand as the pandemic destroys the "gig economy". But as unemployment heads for the moon, governments are reaching once again for the ideology of highly flexible labour markets. Secure, well-paid jobs are not what they want to create, and they don't seem too keen on investing in training and skills development, either. When will policymakers realise that tight labour markets drive corporate investment?

The Grapes of Wrath - Steinbeck

I’m Frances Coppola, writer, singer and twitterer extraordinaire. I am politically non-aligned and economically neutral (I do not regard myself as “belonging” to any particular school of economics). I do not give investment advice and I have no investments.Coppola Comment is my main blog. I am also the author of the Singing is Easy blog, where I write about singing, teaching and muscial expression, and Still Life With Paradox, which contains personal reflections on life, faith and morality.
My articlesMy siteAbout meMy books
Follow on:TwitterSeeking Alpha
Previous Statistics for state pension age campaigners
Next Trade, saving and an economic disaster