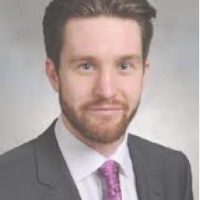 Phillip Pilkington works in investment and has contributed to numerous online and print media outlets as a freelance economic journalist.

A nice review of my book by Marc Morgan has appeared in American Affairs. Morgan works with Thomas Piketty at the World Inequality Lab at the Paris School of Economics. He is doing interesting work on profit accounting and determination.
I would also note that Morgan attended the same secondary school (high school) as me in Dublin. Apparently, Christian Brothers College, Monkstown — although not a very prominent school in any meaningful sense — is creating a lot of heterodox economists. Or, perhaps, the children of my generation found the free market nostrums they were handed by the pre-2008 politicians so nauseating that they decided to critically study economics. Who knows?
Morgan’s review is excellent and although I could pick over details, I won’t bother. I will note one thing,

END_OF_DOCUMENT_TOKEN_TO_BE_REPLACED

Readers are probably aware that there is quite a lot of discussion of Modern Monetary Theory (MMT) and the potential for fiscal experimentation batting around at the moment. Others have weighed in on this already, and I have little to add.
It is striking, however, that most of the push-back — where there is push-back — is not focused on trying to discredit the idea that we should engage in fiscal experimentation. Indeed, the notion that we should engage in fiscal experimentation seems to be, if not mainstream, at the very least part of the discussion.
Yet, vulgar strawman-style arguments against MMT aside, no one seriously disputes the fact that if too much fiscal expansion is undertaken the economy will eventually hit a hard inflation barrier, past which any increase in spending

END_OF_DOCUMENT_TOKEN_TO_BE_REPLACED

My 2017 presentation on Ireland and the Eurozone has been uploaded to YouTube. See the previous post for the link to the full conference, which includes the Q&A.
[embedded content]

END_OF_DOCUMENT_TOKEN_TO_BE_REPLACED

On Monday of this week I gave a presentation on the current state of the Irish economy at a conference on the future of Europe at the LBJ School of Public Affairs. My presentation begins around the 33 minute mark and is followed by some Q&A. It can be accessed here:

Presentation on the Irish economy

END_OF_DOCUMENT_TOKEN_TO_BE_REPLACED

On Tuesday 16th of March 2017 Robert Skidelsky and I launched my book The Reformation in Economics in the Clement Attlee room in the House of Lords. It has taken some time to upload these videos of Robert’s and my comments. Most of the speeches were captured but I have included my own text below (I did not end up sticking to the written comments verbatim).
On a separate note, Brian Romanchuk has written a short review of the book here.
[embedded content]
[embedded content]
Hi everybody,

Thanks very much for coming. I’m pleased to see that you’ve shown some interest in the book.
I won’t beat around the bush. I’ll get right to it.
What is the key question that the book seeks to address? It is this.
To what extent is economic theory an ideology and to what extent can it be thought of

END_OF_DOCUMENT_TOKEN_TO_BE_REPLACED

By Philip Pilkington, a macroeconomist working in asset management and author of the new book The Reformation in Economics: A Deconstruction and Reconstruction of Economic Theory. The views expressed in this interview are not those of his employer
Ever since the Enlightenment many societies have moved away from justifying their existence and formulating their aims through recourse to religious language. Gone are the days of the ‘Great Chain of Being’ which justified the natural and social orders all the way from the plants and trees through the commoners, via the nobility and the King all the way up to God the creator. What replaced these ideologies were ideas about ‘Progress’ – how the good society was attained through Progress and what such Progress would look like. Progress, it

END_OF_DOCUMENT_TOKEN_TO_BE_REPLACED 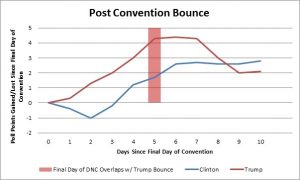 The views expressed in this article are the author’s own and do not reflect the views of his employer.

The election of Donald Trump as president of the United States will likely go down in history for any number of reasons. But let us leave this to one side for a moment and survey some of the collateral damage generated by the election. I am thinking of the pollsters. By all accounts these pollsters – specifically the pollster-cum-pundits – failed miserably in this election. Let us give some thought as to why – because it is a big question with large social and political ramifications.
Some may say that the polls were simply wrong this election. There is an element of truth to this notion. The day of the election the RCP poll average put Clinton some three points ahead of Trump

END_OF_DOCUMENT_TOKEN_TO_BE_REPLACED 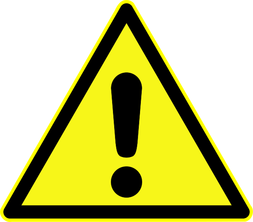 Hi everyone – or, at least, whoever is left out there. As you probably know, this blog has been shut down since October 2014 and I have pretty much fallen off the face of the planet. Actually I’ve been working in investment where I’ve found a job that allows me to pursue non-mainstream economic research.
Some of you may recall that I was writing a book during the last days of this blog. I’m happy to say that this book is now fully completed and has been accepted for publication by Palgrave Macmillan. The provisional publication date for the book will be October 2016 and the price will be around £19.50. The book’s title will be: ‘The Reformation in Economics: A Deconstruction and Reconstruction of Economic Theory’.
The book will not be a rehash of material that is available on this

END_OF_DOCUMENT_TOKEN_TO_BE_REPLACED 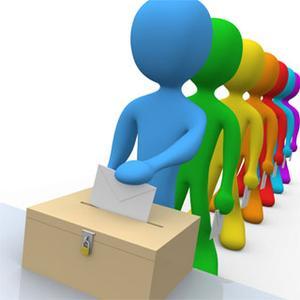 I have an article up on Al Jazeera this week. It may be the last journalistic article I write for some time as I start a new job next week. But this one deserves some brief discussion because the material it deals with is hugely important to the politics of the moment.
In the article I discuss a joint report by the ILO, the OECD and the World Bank. The ILO have clearly spearheaded this one. It has their fingerprints all over it. The ILO are pretty fantastic really. They are one of the only large-scale economic institutions that are talking sense today. Indeed, in the report the authors make a properly Post-Keynesian case for why the economy is stagnant: that is, it has to do with skewed income distribution and a low marginal propensity to consume among those in whose favour

END_OF_DOCUMENT_TOKEN_TO_BE_REPLACED 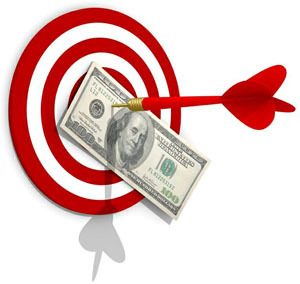 For quite a few months I have, on this blog, been alluding to a paper that I had written which showed that the natural rate of interest is implicitly dependent on the EMH in its strong-form in order to be coherent. I have finally published this paper (in working paper form) with the Levy Institute and it can be read here:
Endogenous Money and the Natural Rate of Interest: The Reemergence of Liquidity Preference and Animal Spirits in the Post-Keynesian Theory of Capital Markets
Some notes on the paper.
The motivation for the paper was that when reading up on endogenous money during my degree I found that mainstream economists had largely integrated it in their more recent models. This integration, as the paper notes, usually took the form of a Taylor Rule. I should be clear that

END_OF_DOCUMENT_TOKEN_TO_BE_REPLACED

Economists say the darnedest things sometimes. They often say things that are factually inaccurate. Noah Smith put his foot in it recently when he claimed in a Bloomberg article: It seems like the only people who don’t instinctively believe in credit-fueled growth are academic economists. Now, this seems odd to me. In the article he …

END_OF_DOCUMENT_TOKEN_TO_BE_REPLACED

In this post I will explore Keynes’ theory of the business cycle. He discusses his views in Chapter 22 of the General Theory and I think they hold up pretty well today. At the beginning of the chapter he notes that the business cycle — so-called, because it is not really a “cycle” at all despite what Keynes says in the chapter — is a highly complex phenomenon and that we can only really glean some very general features of it.
Keynes opens with a very clear quote on what he thinks to be the key determinate:
The Trade Cycle is best regarded, I think, as being occasioned by a cyclical change in the marginal efficiency of capital, though complicated. and often aggravated by associated changes in the other significant short-period variables of the economic system.
Recall that the

END_OF_DOCUMENT_TOKEN_TO_BE_REPLACED

On the Two Departments of Monetary Macroeconomics 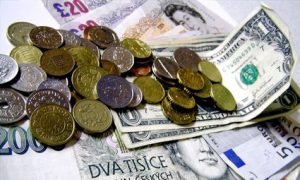 At the moment I am doing some research for a project that I might be working on soon. The project will be to provide a useable introduction to Post-Keynesian theory for those working in financial markets. Actually, I hope to write a book on this in the future, so this project is something that I have been interested in for a long time.
The more I studied Keynes’ own work and the work of some of his better interpreters the more I came to the same conclusion: Keynes was first and foremost a financial or monetary economist. I knew that others had also come to this conclusion — Hyman Minsky famously comes to mind — but I was not aware that a great deal of work had been done in this direction.
In actual fact, it has. HM Treasury economist Geoff Tily released a fabulous book in 2010 on

END_OF_DOCUMENT_TOKEN_TO_BE_REPLACED

Scotland: After the Election and Moving Into the Future 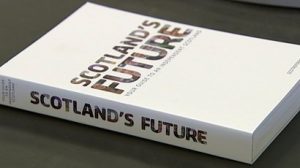 I have some writing to do today, so I’m not doing a post. Yesterday, however, I published a piece on Al Jazeera America about the future of Scotland after the election. It might be worth a read.
Scotland’s future is still in doubt
If you are interested in this issue — and I think that it is an extremely interesting issue as Scotland still has the potential to be a country ripe for economic experiment — I highly recommend the following piece by Frances Coppola. In it she plugs my dual currency plan but that is not the only reason I link to it. It is also a fantastic piece on the new trajectory that the Scottish government needs to take once Westminster devolves more economic power to them.
What Scotland Should Have Done (And Still Should Do)
div{float:left;margin-right:10px;}